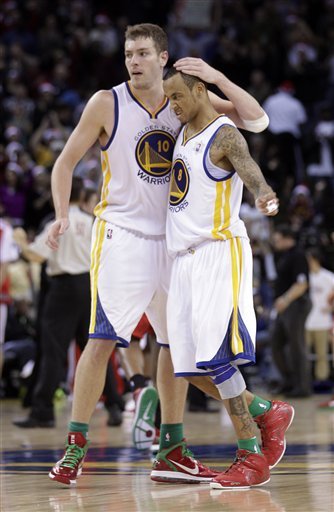 I'd like to begin tonight's show by giving some just due to the Blazers. They were without Brandon Roy, Greg Oden, and Joel Pryzbilla but you didn't hear any excuses from Coach Nate McMillan or their fans. They play tough and smart and tonight was no exception. 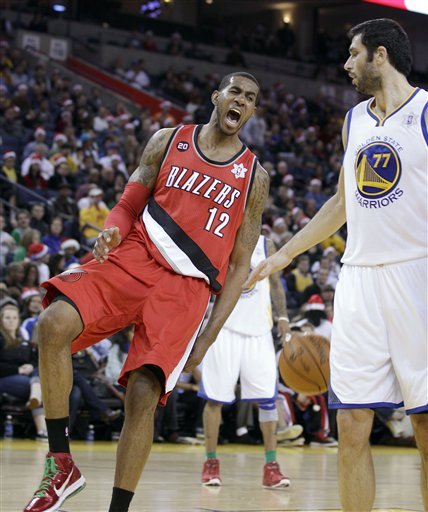 It must hurt losing to the Warriors though.

As the ESPN commentators were commentating tonight (commentators commenting- you read my words for these type of insights) it's pretty shocking that Wesley Matthews wasn't drafted. This guy can play. He gets my vote for tonight's Warrior Killer.

Major props to one of my favs from that legendary 1996 NBA Draft class Marcus Camby. Do you realize this 36 year old still manages nearly 11 boards and 2 rejections a game in under 30 minutes? Tonight Camby was solid with 7 points, 13 boards, 2 dimes, 3 blocks, and 1 steal in under 24 minutes of action. I hate to question Coach Nate, but if Camby plays more tonight, the Warriors don't win. I'd say the dumbest mistake (of many dumb ones) of former New York Knicks GM Scott Layden's stint was trading Marcus Camby and Nene for Antonio McDyess back in 2002. McDyess was/ is nice, but he barely even played for the Knicks. 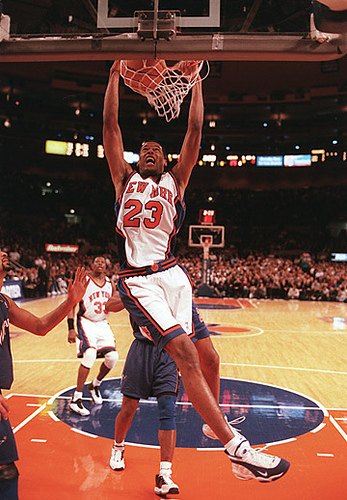 Should've never been traded from NY.

And course I can't give enough props to the Blazers Edge staff and community. Dave, Ben, and crew are real trail blazers.

This ain't Brandan Wright. This ain't Anthony Randolph. This ain't me doing an impersonation of the mostly low hoops IQ local and national media who just demand that a coach (read: Don Nelson) play a young draft pick without any basis other than their personal agendas. Udoh seriously needs more PT. He's earned it in my book. 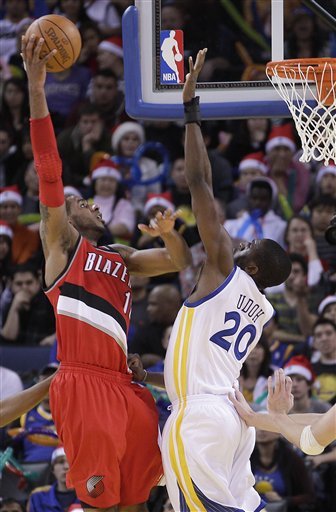 Return of the Curry

It's great to have Stephen Curry back. Unfortunately this was probably his worst game that I've ever seen him play. One of the league's best shooters simply could not put the ball in the bucket tonight. I'm a little shocked that the final boxscore reads that he has 11 dimes and only 2 turnovers. I didn't think his floor game was all that impressive either. 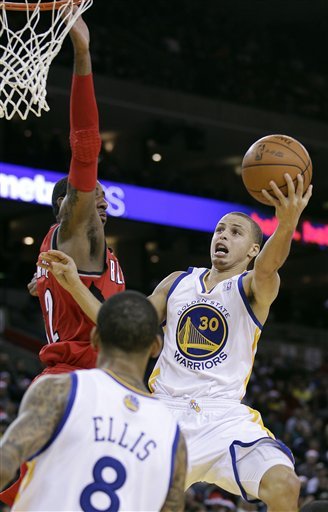 Steph will be fine though. In fact I think he's going to come back with a monster outing. I can't wait to see how he plays this Monday against the Philadelphia 76ers. Coach Doug Collins and crew- you have been warned.

This is a game the Blazers probably should have won. This is a game the Warriors probably should have lost. But however you want to read it, give the Dubs and Coach Keith Smart their props for this W. It takes guts to have a star like Curry on the bench in favor of Reggie Williams, but with Steph struggling shooting tonight Coach Smart made the right decision that won them the game. The 11-0 Dubs rally was all about Reggie and of course Monta. 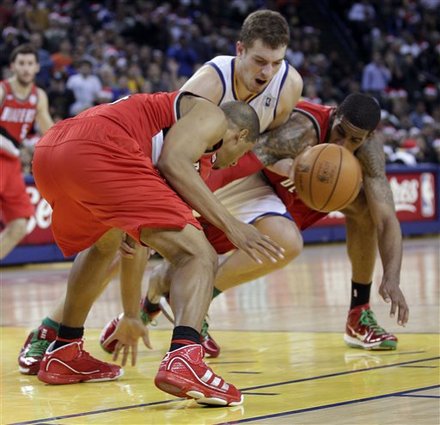 I've never seen 3 guys fight so hard to pick up a penny on the ground.

Monta Ellis gave the Roaracle crowd a nice Xmas present with a pretty dazzling array of drives, fakes, cuts, and J's for 39 points. His 7 assists (only 1 turnover), 2 steals, and 1 block make this the real gift of a supa-stah this holi-dah season. 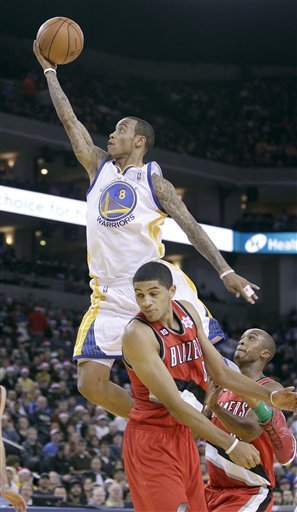 Monta BATUMING up the spot!

Merry Xmas to all!