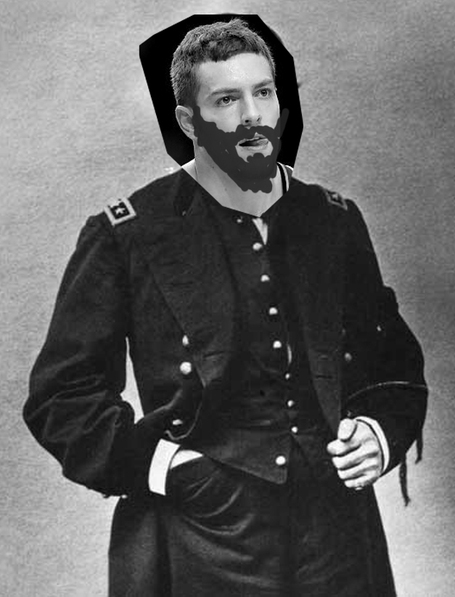 "Atlanta is theirs, and fairly lost..."

Sorry for the delay on this, Dubs fans. What looked like a chill day at work yesterday ended up being annoyingly busy. Plus, I hate writing about Warriors losses — I can't decide whether to whitewash or whine. Make the jump for a bit of both.

Due to the early tip-off time and problems with my normally trusty atdhe-dot-net, I actually missed the best part of this game, from our perspective: the first quarter, wherein Lou Amundson played the best ball of his brief Warriors career, Steph Curry dished four dimes, and the Warriors charged at one point to a seven-point lead. By the time I made it home from work (slogging down Hudson Street from SoHo to Battery Park City through mountains of snow and ponds of slush) and found a working feed (thanks to GSoM's ace correspondent in Latvia), Hot-lanta had just completed a 10-0 run to start the second quarter — a stretch that effectively decided the game. The Warriors got within three at one point thereafter (52-49 on a Curry J to start the third quarter) but for the most part the Hawks kept them at wing's distance. With Curry and Ellis both playing on cranky ankles and Lee's zombie-bitten left arm still not 100%, the Dorells — er Warriors — fought pretty gamely. But as foreshadowed in the preview, Atlanta's inside/out combo of Horford and the perimeter gunners proved too much for the Blue-Staters to overcome.

Who amongst you haters and stat nerds wouldn't trade Biedrins for Al Horford, now??? ;-P

Seriously: it's not like I expected the Warriors to win this game, against a good team on the road, but somehow this loss stung a bit more than it should have. A victory would have stretched the win-streak to four, started the five-game Southern swing in style, and put the Ws only 2.5 games out of the 8th playoff seed. 12-19 just looks so ... Warriors-ish. It's the type of record Warriors fans have learned to live with over the past 17 years, but I think to start the season a lot of us expected a bit better. Lee's arm may only be 80%, but it hurt to see him so throughly dominated by Horford. Monta was mostly awful: he didn't force the offense (almost to a fault on a couple of occasions) but neither did he do much to help the team when he wasn't shooting. 43 minutes, 4 dimes, 1 board. One of this season's dark horse candidates for the Milk Carton Award is Monta's rebounding — he's gone from a very solid 4.7 per 36 in his career 2007/08 season to a Jamal Crawford-ish 2.9/36 this year. Memo to Monta: we all appreciate your ace scoring, renewed efficiency, and steady emotional leadership, but part of playing off the ball is getting on the glass. It's what all highly effective shooting guards do. As for the third member of our hobbled "Big 3": Curry's outside shooting was milkcartonish for the second game in a row. His 4-13 dropped his TS to .566, two points below last season's mark.

Positives: Well, Curry, despite the gimpy ankle and a cold that left him looking rather more ashen than usual, played like a bona fide PG for the third game in a row: in the three games combined he's racked up 31 assists, to only 7 turnovers (in 29 mpg). He seems to be cutting down on the silly passes and figuring out how to get Lee, Monta, and Dorell the ball where they like it. Udoh only played 6 minutes, but grabbed three boards and stroked two free throws with such precision and confidence that for a moment I almost felt like joining the GSoM choir calling for him to replace Biedrins at starting center. (Almost). Amundson (10 points on 5-7 fg, 7 boards in 22 mins) looked for the first time like the crazy Norse firebrand who came off the bench to spark the Suns in last year's playoffs. And last but far from least... 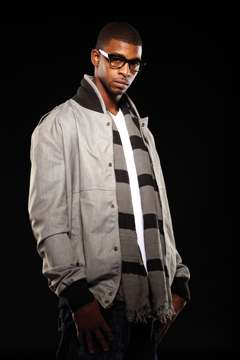 I'm still trying to figure out how this dude only picked up 64% of the vote in IQ's post-game poll. Dorell Wright carried the team all night. When you get 32 points on 21 field goal attempts and 12 boards from your "glue-guy," you're really supposed to win. If any of the Big 3 had been themselves tonight, the Warriors could probably have pulled this game out. The nice thing is, this wasn't a complete one-off for 1R2L. After a rough stretch, he seems to be figuring things out. Check out these lovely combined numbers from his past four games:

From a guy making $3.5M. It's been said before but it should probably be repeated: Bravo, Riley. For the moment, starting small forward looks like the Warriors' least iffy position. I'm not sure whether that makes me want to smile or cry ...