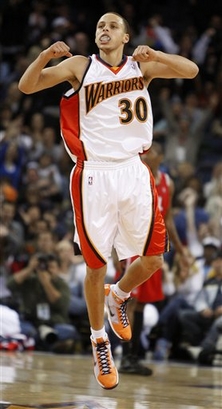 JUMP to see how we do in the Bay on this ESPN Sunday edition of pro hoopsology!

Welcome to the Bay.

Before we proceed on to the good stuff this must be addressed for the umpteenth time this season. Let me refer you back to this tidbit from the 2009-2010 Golden State Warriors Preview Marco-Warriornomics Edition: 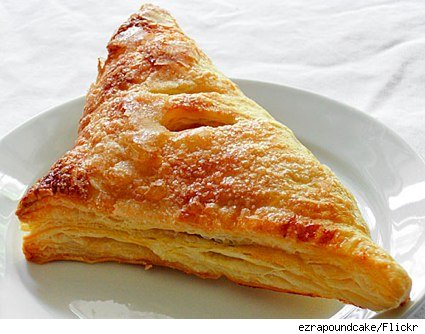 Tonight was the usual:

Seriously, this has to stop. It's annoying. Earlier in the year I was willing to give Curry a pass since he's a rookie, but at this point in the season it's time to hold him to non-rookie standards as he's proven to be more than capable at all other levels of his game. Ellis is fairly hopeless and probably a lost cause though in this department with his eternally low hoops IQ. I've given up on Ellis freeing himself from the nickname The Human Turnover Machine, but I've still got hope for Curry. That is all on this topic. If you want more see Polling GSoM: Will the Golden State Warriors lead the league in turnovers this season?, but for now let's move on.

There was a lot to like for the 8 who suited up tonight. This is a very good Atlanta Hawks team and a thoroughly injured and beaten up Golden State Warriors team. There's also a very sizable talent discrepancy. Credit Warriors head coach Don Nelson for some creativity here. He ran 2 centers against the Hawks and 3 guards to mix things up. He brought Monta Ellis off the bench at the right time and didn't screw up the Warriors great run in the 4th. This is not a game the Warriors were supposed to win.

Let's go down the boxscore:

The shooting was there (13 for 18 from the field and 5 for 5 from the line), but two things really impressed me about Kid Curry tonight- the 9 rebounds and his fantastic drives and nifty finishes near the rim. Over the past 5 games Curry is averaging 8.2 rebounds per game. Anyone out there think he's too small and slim for the NBA? 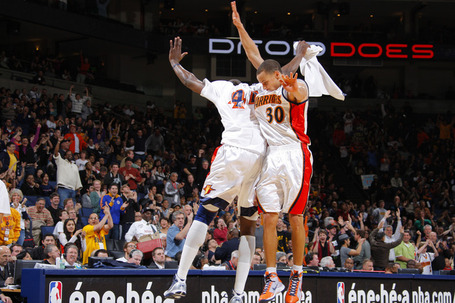 It was a little disheartening to see the Warriors do most of their 35-14 4th quarter damage against the Hawks with Ellis on the bench not displaying even a fraction of the enthusiasm and camaraderie his other teammates (dressed in the David Stern's "business casual" or in Warriors warmups) showed, but that's not what we're going to focus on. It was Ellis' D down the stretch on the Hawks best player Joe Johnson, especially that fantastic stripage (see below), and free throws that sealed the deal. 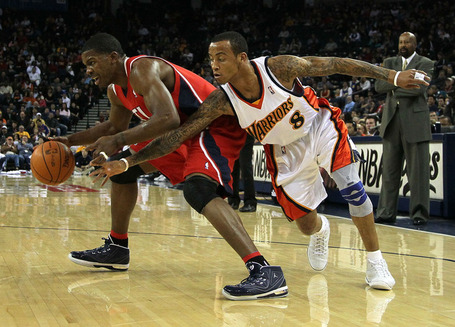 JJ gets stripped by Monta.

Okay we will focus on this little more. Is it just me or does this cast of Warriors just look happier out there WITHOUT Ellis? We'll get to that another time.

Should the Warriors put a little Mayo on it this summer?

The best part of Biedrins' game tonight was the passing. His 5 assists really helped the cause.

But let's not get carried away here.

Um, for those of you counting at home that would be ANOTHER starting center matchup that Biedrins has lost this season- see The Andris Biedrins Starting Center Matchup Watch. Why did Chris Mullin, Robert Rowell, and a large portion of fair weather fans who jumped on the Warriors bandwagon right after the 2007 NBA Playoffs believe Biedrins was a franchise cornerstone? I have no idea.

There aren't going to be many games where AMMO misses ALL of his 3pt and free throw attempts, but this was the rare occurrence. The good news is he did manage to contribute a little something and produced more than the Hawks' questionable #2 pick overall (right ahead of Chris Paul and Deron Williams) Marvin Williams.

The Dubs didn't really get much from Tolliver, but let's keep tabs on Ant Tolli. He really seems to move like a more fluid Adonal Foyle. I'm not really sure what that means of course, but let's see.

It was his night and without him especially down the stretch the Warriors wouldn't have gotten this one. Watson is usually not much of a distributor, but tonight he was the Warriors only reliable backcourt source of assistage with 6 dimes and 0 turnovers. Watson is streaky, but when he's using his speed to streak down the court in transition good things will happen for him and this ball club. 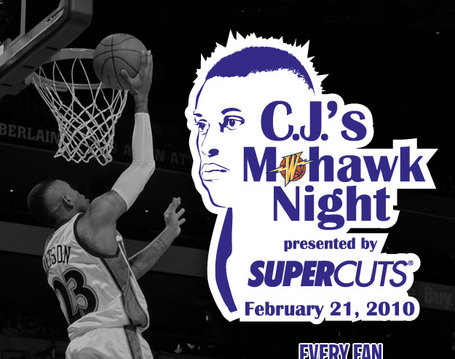 Only the Warriors would give someone a free ticket for replicating quite possibly the worst haircut in the entire NBA.

Championship expertise jokes aside, George gave the Dubs some much needed solid D and chipped in a little offense off their shallow bench. For whatever it's worth, George actually bested his trade partner's Marco Belinelli's past 2 games in this single outing tonight.

Hunter's performances this season seem to be either really good or really invisible. Tonight Hunter was really good off the bench. He held position down low in the 4th and gave the Dubs some solid D, quantified with 2 swats and a pick. His 12 points gave the Warriors a desperately-needed scoring option from a big- something the Warriors $9 million dollar big man of the "FUTURE" simply has not provided this season.

We already glanced over Horford's stat line, but let's also give some ink to Josh Smith (14 points, 17 rebounds, 7 assists, 2 blocks, and 2 steals) and Joe Johnson (31 points, 5 rebounds, 3 assists, and 2 steals). Part of me thinks the Hawks should have pounded the Warriors more with Johnson against the smaller Warriors guards and Horford against the defensively soft Biedrins. But oh well- game, set, point, match- WARRIORS. 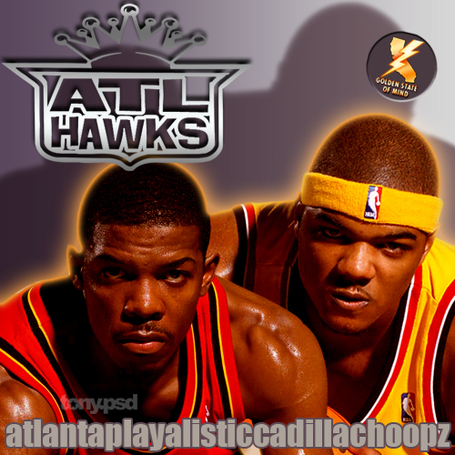 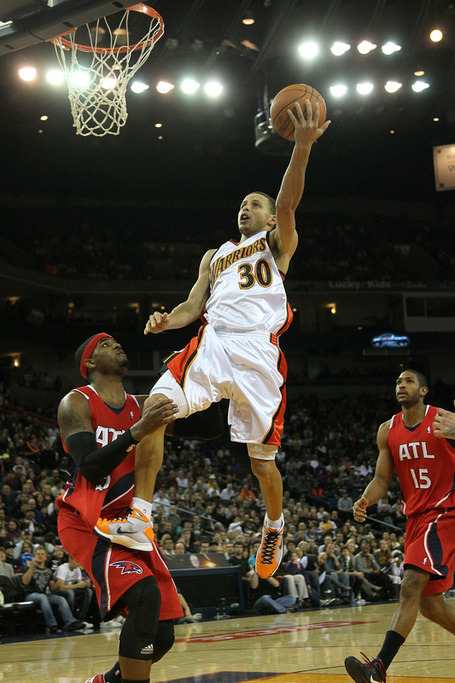 Josh Smith takes one for the team against tonight's Warrior Wonder Stephen Curry.