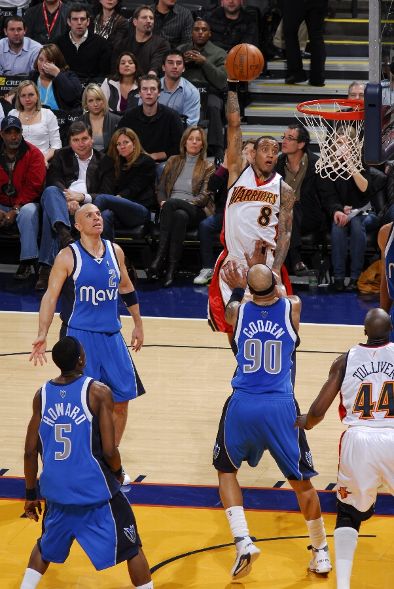 A loss is a loss, but at this point in the season I'll take any positives we can get. For nearly 42 minutes the Warriors led the game. They had the Mavs on the ropes facing consecutive losses to the Twolves and then the Warriors. But I think they just ran out of gas. Their top 3 scores, Monta, Curry, and Morrow each played at least 44 minutes and couldn't keep up the pace especially after Monta went down with a knee injury. Perhaps with a little more contribution from CJ, maybe those 3 get a breather and can finish the game strong. in the end, the Warriors dropped their 9th straight game. Unless they can beat the Clippers on Wednesday, they'll head into the All-Star break on an ugly losing streak. 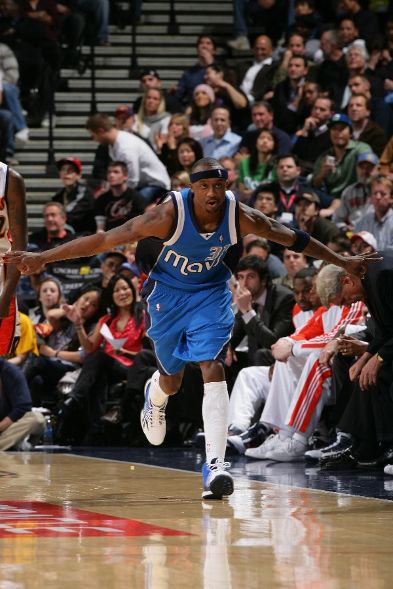 Much credit to the Mavs. They kept the game close and took over in the 4th where they outscored the Warriors 37-19. Bucket after bucket and stop after stop, the Mavs didn't let up on the tired Warriors. They dominated the 4th, especially from the line. They finished the game with a 46 to 29 free throw advantage. As far as the individuals, it wasn't their superstar, Dirk, who beat the Warriors tonight, it was the supporting cast.

Jason Terry and Josh Howard were especially tough to handle. Terry was killing the Warriors everywhere. If he wasn't on the perimeter knocking down 3's (6 of them to be exact), he was being aggressive and getting to the line (12-13 free throws). In the end, he had 36 points, 6 boards, 3 steals, and 9 assists. Then there was Howard who made a living on the low block up against the smaller Warrior guards. He also got to the line a ton (10-12) and was able to shoot a high percentage from the field (7-12, 58%).

In addition to Terry and Howard was Drew Gooden. His 24 points scored on baby hook shots and jumpers were a bit too much for the Warriors. Inside and outside he scored while also grabbing 10 boards. He and Terry combined for 49 of the 54 off the Mavs bench.

But hey, enough about the Mavs right?

First off, Monta got hurt late in the 4th on a driving layup where he appeared to land on Biedrins' foot. It looked really, really bad as he lay on the ground writhing in pain and grabbing his left knee. After about 5 minutes of being on the ground, he got up and limped off the court and it didn't look as bad as I initially thought. Eventually he got checked out by Tommy Abdenour on the bench, then walked through the tunnel and was done for the night. There was no report about what happened but from the looks of it, I think he'll be allright.

Monta had a Monta-like game, but we also got treated to another solid game from Anthony Tolliver. I find that when he's shooting less from the perimeter, I like him more. When he's crashing the boards and hustling for loose balls, he positively impacts the team. The 14 points and 11 boards were a huge boost off the bench considering he was the only guy to score off the bench. Both Chris Hunter (1 minute) and CJ Watson (6 minutes) were held scoreless.

Speaking of CJ, he was quite disappointing tonight. He got some time in the first quarter but was quickly frustrated and taken out of the game. He had to guard Josh Howard and picked up a couple quick fouls. Nellie basically didn't trust him the rest of the game with Curry, Monta, and Morrow playing so well. The only reason he got back in the game was because of Monta's injury. I'm sure he'll bounce back the next game.

Stephen Curry, the January Rookie of the Month, again played well. He's really stepped up his game and looks like he's going to give Tyreke Evans a run for his money in the Rookie of the Year voting. His 25 points and 9 assists showed he could not only score, but also set others up. In fact, he seems to be working on that two man game with Biedrins where he's either setting Biedrins up for an easy layup or working off of a Biedrins screen for a jumper. 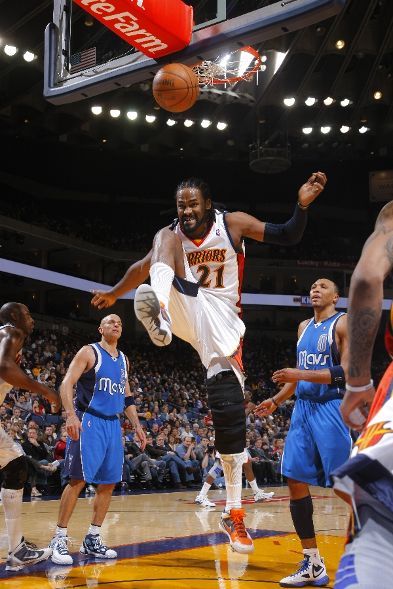 Lastly, I'd like to see more of the Biedrins-Turiaf frontcourt that started the game. As long as they can stay out of foul trouble, it's the best big man combo the Warriors have. I just wish that Turiaf would fall for every single pump fake. Maybe just stay on the ground once? My grandma could pump fake him.

Overall, this game was full of positives. The individuals played well, but they played great as a team tonight. Heck, they even outrebounded the Mavs. Every time I thought the Mavs would make a run or the Warriors would screw it up, the Warriors stepped up. It was just when they got tired and didn't get as much help from their bench that the lead slipped away. There's not a whole lot else I could have asked from this team tonight given the amount of injuries we've seen.

The Warriors played well and are one step closer to John Wall. 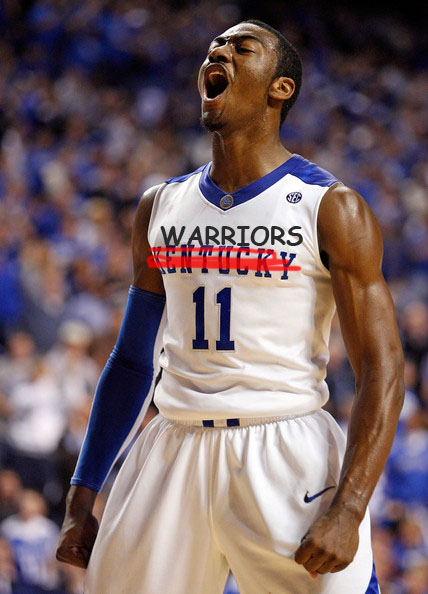 Looks like he's warming up for the Rookie-Sophomore game. It was his best game in a long time, perhaps the best game of his career. He's scored more than the 33 points he had tonight, but his overall floor game was a huge improvement from previous games. He was fighting for rebounds, 11 total, and worked hard on defense. Perhaps he was also displaying his 3 point shooting prowess for being snubbed for the 3 point shooting contest. He was 5-9 from 3 and 12-20 overall. Even though the Warriors didn't win, it was great to see Morrow's game expand and develop. 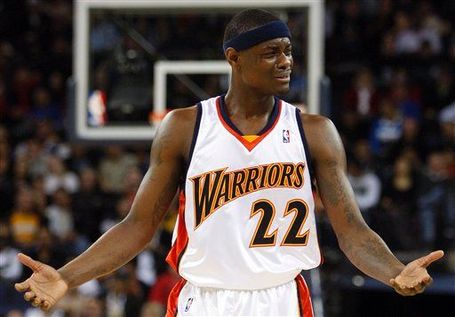