Share All sharing options for: (Golden State) Warriors where are they now? Checking in on former Chris Mullin favs Mike Dunleavy + Troy Murphy 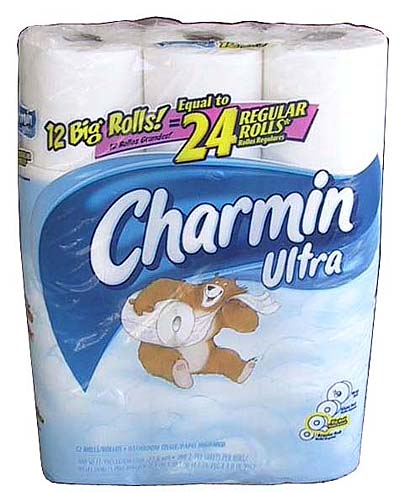 A lot of the bandwagoners and national/ local media alike might not recall, but pre-Nellieball Dubs version 2.0 and pre-WE BELIEVE we were treated to the prospect of a seemingly endless future with the tandem GSoM friend Damon Bruce termed the "Dun-Murphy Sisters". It was the softest front court ever assembled courtesy of the Warriors publicity stunt at GM.

Well just how are those two Chris Mullin favs doing in Indy?

JUMP to find out.

This pretty much sums it up:

They have played their entire careers without going to the postseason

Even Chris Cohan aka the worst owner in all of pro sports has been to the playoffs once. Even Adonal Foyle was able to achieve that- on the Warriors no less! Just like Monta Ellis with his turnovers and Andris Biedrins with his free throws, Mike Dunleavy and Troy Murphy are looking to break some NBA records.

Head on over to Mike Wells' piece over at IndyStar.com Pacers' Murphy, Dunleavy hate long playoff drought and definitely read the whole thing. Actually read it twice just for kicks. Remember how Dunleavy bashed the Warriors and exclaimed he was so excited to go to a playoff team and ditch the Dubs and their fans? I guess he took that all that "he's a winner" nonsense that his fanboys showered him with back then a little too seriously. Okay read it a third time just for fun.

For more on the Indiana Pacers check out Indy Cornrows.

Looking back now after all those tortured years waiting for Mullin's "vision" of a Mike Dunleavy- Troy Murphy- Adonal Foyle front court to materialize, it's just funny. Okay it's sad that we actually had to go through that painful "development process" and this organization's asinine delusions that it was even remotely a good idea to build around this pair and lock them up to outrageous big money deals before they even hit restricted free agency (100% undeserved in Dunleavy's case), but all we can do now is laugh. 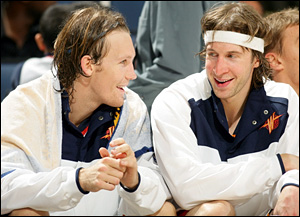 Good times in Dubs Land brought to you by Chris Mullin.

Flip back to the archives: