Share All sharing options for: RECAP: Golden State Warriors 104, Los Angeles Clippers 107 – Live by the 3, die by the 3 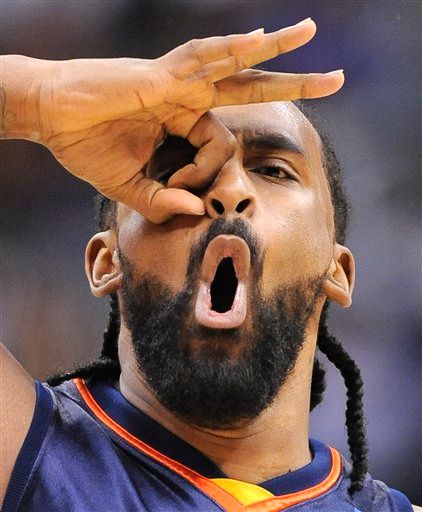 Ronny being Ronny I guess.

This is what we all wanted right? Close, entertaining games that ultimately wind up with a Warriors loss. The Warriors started the 4th quarter down by 4 and then like an old Batman tv show, Bam! Pow! Boom! they had 6 point lead. Anthony Morrow had 8 points in the span of 90 seconds, while Devean George and Reggie Williams both contributed 3 pointers. A quick blitz 14-4 run in the first 3 minutes of the quarter. The Clippers fought back and the game was close the rest of the way and even tied all the way at the 3 minute mark. Then Steve Novak hit a 3 pointer and the Warriors never recovered.

This game was just one Anthony Tolliver 3 pointer from being tied and heading to overtime. His shot nearly dropped as time ran out. Had he made it, it would have been a fitting moment in a game where the Warriors shot the lights out from 3 point range. More specifically, Reggie Williams (4-8 from 3), Stephen Curry (5-10 from 3), and Anthony Morrow (4-6 from 3) shot the lights out. Those 3 combined for 13-24! As a team, the Warriors shot 14-32 (43.8%). Live by the 3, die by the 3. 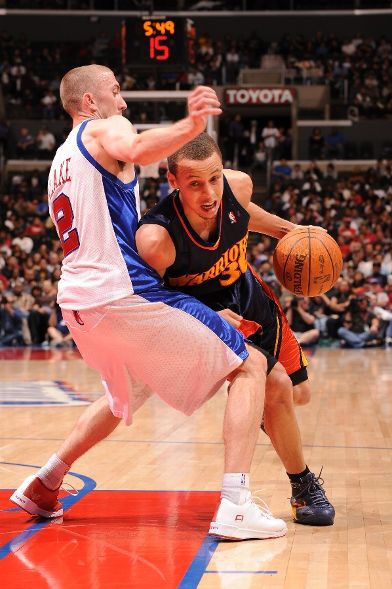 He'll get some serious consideration for the rookie of the year voting if he keeps this up the next 3 games. Tyreke Evans is still the frontrunner, but there are others out there (Chris Broussard of ESPN) who think Brandon Jennings is the top guy because he's starting PG for a playoff team. To me, if you swap out Jennings for Curry (heaven forbid that in real life) and Jennings' 37% FG shooting for Curry's 46%, and I still think the Bucks are in the playoffs. I'm pulling for Curry obviously, but I think Evans should win it while Jennings is a distant third. 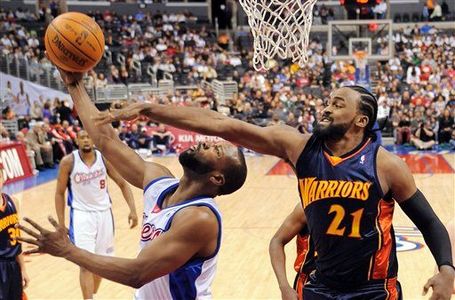 Baron Davis
I still miss Baron. Correction, I still miss the old Baron. What we saw in this game was the old Baron, just doing it all and filling up the boxscore. He was having a great game up until he sprained his right wrist early in the third quarter. In just 23 minutes, he had 21 points on 8-11 shooting, 5 rebounds, 5 assists, 2 steals, 3 blocks and 0 turnovers. Even though he only played a few years with the Warriors, that Clippers jersey still looks odd on him. 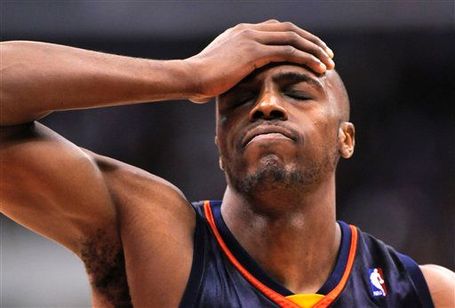 Chris Kaman (27pts, 10rebs) and DeAndre Jordan (10pts, 15 rebs) both had double doubles. Based on just size, that's quite a formidable interior. The rest of the starting 5 did a good job rebounding as well: Rasual Butler with 8 boards, Baron's 5, and Steve Blake had 6. Kaman was truly a beast inside. Nobody on the Warriors could stop him. No matter how much Ronny Turiaf yells, screams, and gestures, it wasn't slowing Kaman down. 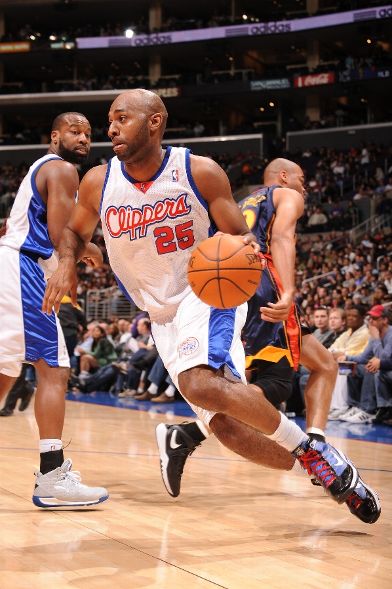 The Rest of the Warriors 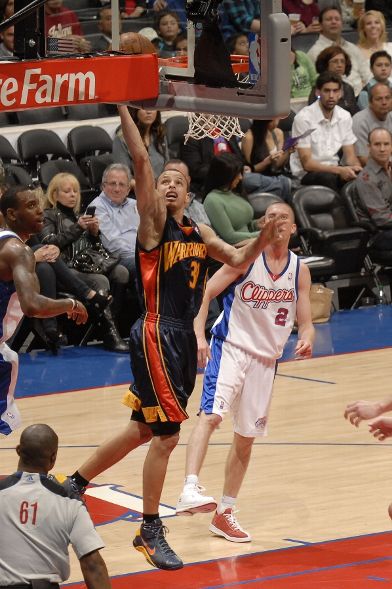