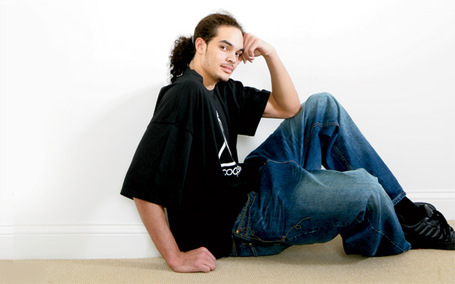 Joakim Noah vs. The City of Cleveland.  Sounds like he's going to court...judicial that is versus a basketball court.  With little to do in Oklahoma City, the Lakers focus on winning versus hitting up Kevin Durant's favorite club.  Will the Portland Trailblazers keep things interesting?

More thoughts after the jump... 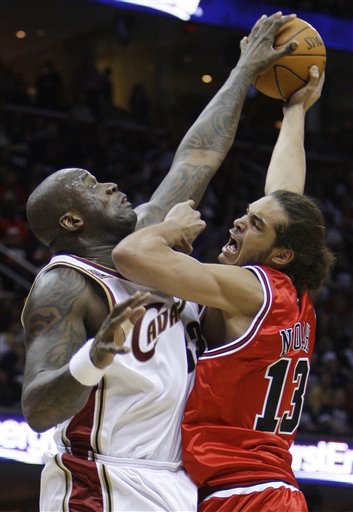 Is it me or is the Joakim Noah vs. Cleveland turning into something right out of professional wrestling?  Or even the Vinny Del Negro vs. John Paxon battles?  Is David Stern trying desperately to manufacture drama in a first round series that seemed all-but wrapped up before it even started?  I know a conspiracy theory when I see one and this looks like another one of Stern's schemes (like Patrick Ewing to the Knicks, Lebron James to the Cavaliers, and Dunleavy Jr. to the Warriors).  For the sake of the NBA that rests on Lebron's shoulders, there's no way we see a "We Believe" first-round upset.  The Bulls aren't nearly as fun as they were last year and as much as Derrick Rose is transforming into the next Gilbert Arenas as far as scoring, explosiveness, and strength when going to the bucket goes, there's no way the Bulls would or should win.

So with Lebron wanting no part in this rivalry, telling the city of Chicago (a potential suitor in his sweepstakes this summer) that he loves them, it is clear all this mumbo-jumbo over nothing is purely for shock value.  C'mon, how else do our Golden State Warriors stay relevant in the NBA imaginary? You think people care about us because of our "skill"?

I say Stern presses the red button at his desk in New York, which sends a message to coach Mike Brown's pager that the Cavs will throw the game.  "74120177 743 681773," says Stern via pager code.  Bulls win this one, but the Cavs come back and destroy them by 30 and then close out the series at home.

(Oklahoma City, home to "Sonic: America's Drive-in."  Is this just a little ironic?)

Coach Scott Brooks wins the "Coach of the Year" award, but is unable to out coach the Zen Master.  We all love the Thunder and what they maybe in the future, which unfortunately clashes with the Lakers’ present.  There’s no way the Thunder win if former top 5 pick James Harden is putting up as many zeros across the stat sheet as there are in his paychecks.  Lakers’ just too experienced against the Thunder’s youngins. 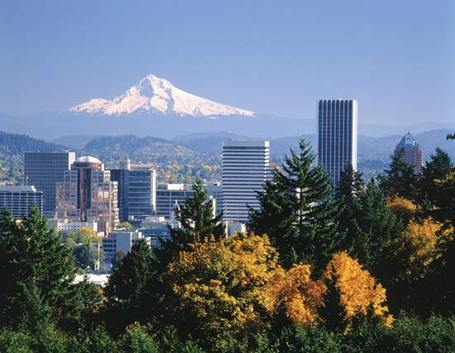 This series, to me, is the most exciting match-up of the playoffs so far.

A Brandon Roy-less Trailblazer team suddenly transforms into a speedier team that gets up and down the court more.  Obviously the Trailblazers are better with him.  But you have to admit watching him pound the ball sometimes for an efficient, but not necessarily highlight-worthy, two points doesn’t provide as much entertainment as say watching the Suns fly up and down the court for layups, thunderous dunks, and quick 3-pointers with 22 seconds left on the clock.

The Blazers were thoroughly embarrassed in game two and I expect them to take this one at home.  As inconsistent as young players are, Jerryd Bayless bounces back from his horrible game two and provides a spark off the bench.  Rudy Fernandez finds his three point jumper … or at least four …

The Trailblazers are too well coached to not win another game and I suspect they win tonight’s game.  Former Warrior Jason Richardson has his usual 18 point, 5 rebound game.

Which former Warriors currently in the playoffs are you rooting for the most?  There’s a ton of them out there…