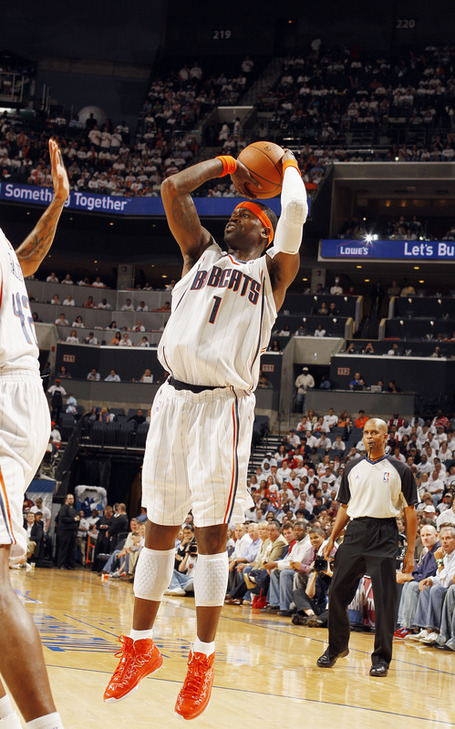 We're getting set for a slew of Game 5's, and already the pretenders are being separated from the contenders.  The titans of the East -- Cavs, Celtics and Magic -- are all taking care of business, and the titans of the West -- Lakers, Mavs and Nuggets -- are... OOOOPS!  Prognosticators, spinmeisters and hypesters everywhere are falling over their tongues, as happens every playoff time.  Including yours truly, who started out hot, but has gone decidedly wobbly. As they say, that's why they play the games!

Yesterday's action held few surprises.  The banged-up Stephen Jackson and his badly overmatched Bobcats were swept out of their misery by the Magic, no doubt delighting most Warriors fans.  Milwaukee managed to hold serve at home to tie their series with the Hawks at 2-2, without creating much doubt as to who will eventually emerge victorious.  And the Suns promptly popped the balloon of euphoria (guilty as charged) that was created by the triumphant return of Brandon Roy.

Jump for a look at today's action! 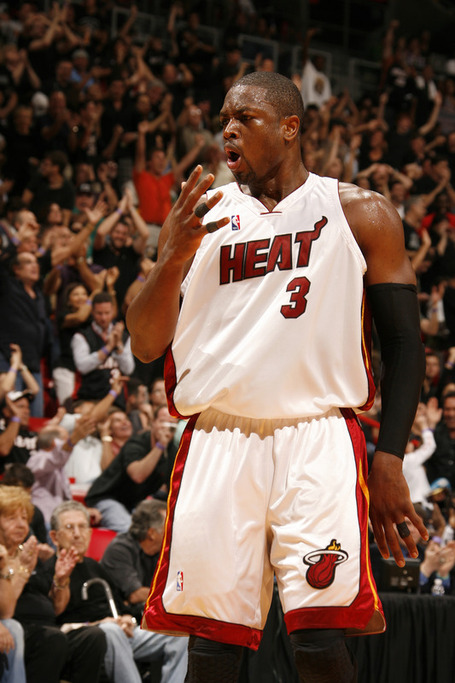 A determined Dwayne Wade went for 46 in leading the Heat to their first -- and only -- win of this series.  He'll need to do it again in Boston to avoid elimination in this series.  Boston's front line has proved simply too much for the Heat. This series ends here. 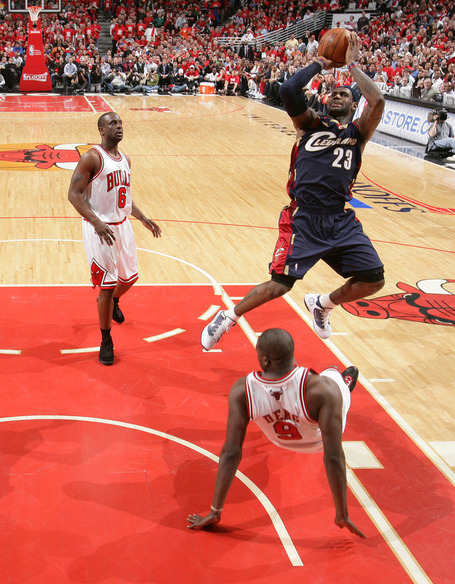 Out of my way, mortals!

It's all over but the shouting at Joakim Noah.  Lebron put an end to Chicago's pretensions in the last game with a ho-hum triple double: 37-12-11.  How would you like to be a Chicago player headed to this game in Cleveland?  It's gotta feel like Marie Antoinette felt slowly rolling in her tumbril to the guillotine.

Watch this game if you like executions, or you want to see Lebron step into a half-court three. 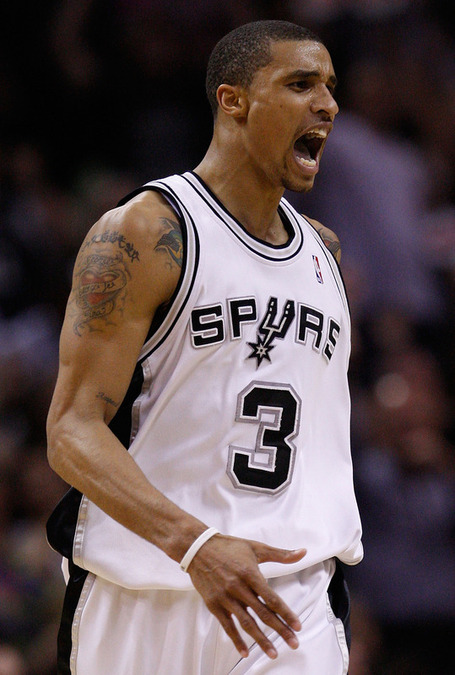 Down 3-1, the Mavs are on the brink of elimination.  The Spurs don't need this game, and probably won't want it enough to get it.  But I'm going to tape this game, just in case. If the Mavs lose, I want to replay the shots of Mark Cuban's face in slow-motion, like I did in a certain other playoff series.

There's one other reason to watch this game, Warriors fans. Especially if you're among those who doubt that Stephen Curry and Monta Ellis can play together in the same backcourt.

To see the 6-3" George Hill and 6-2" (in high heels) Tony Parker force Shawn Marion and Caron Butler off the court. 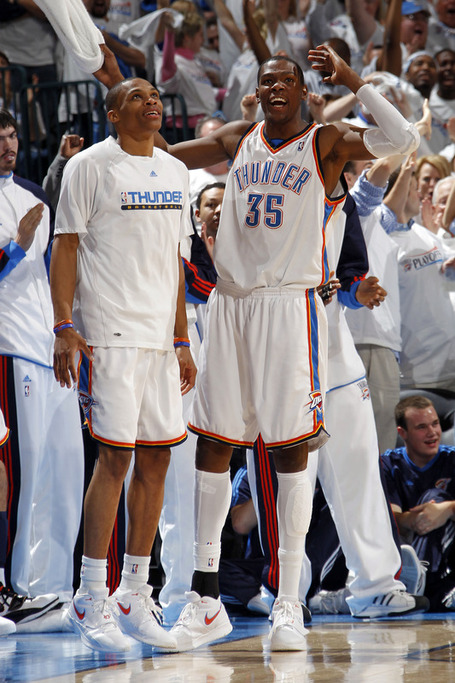 All of the other games being played today?  Mere appetizers.  This is the main course.  Durantula v. The Black Mamba!  This is the show we all want to see.

Along with its glorious subplots:  Kobe v. Pau Gasol!  How many points can Kobe hold Gasol to in this game? Kobe v. Phil Jackson!  Fresh off his "tantrum" (see the take of the incomparable LA Times columnist TJ Simers) in game 4, will Kobe again try to "stick it" to his coach (in the words of Jackson's longtime buddy and collaborator Charley Rosen) by refusing to take his shot until the second half?

Or, having already set himself up as the Lakers' only saviour, will he now bust out of the triangle altogether and put up a Dwayne Wade number?

I pick door number two.  And the Lakers' massive frontline puts the Thunder's young guns in a submission hold.

Not that I'm not rooting for the Thunder, along with the rest of the Western world.

Who levels Tokyo in Game 5?