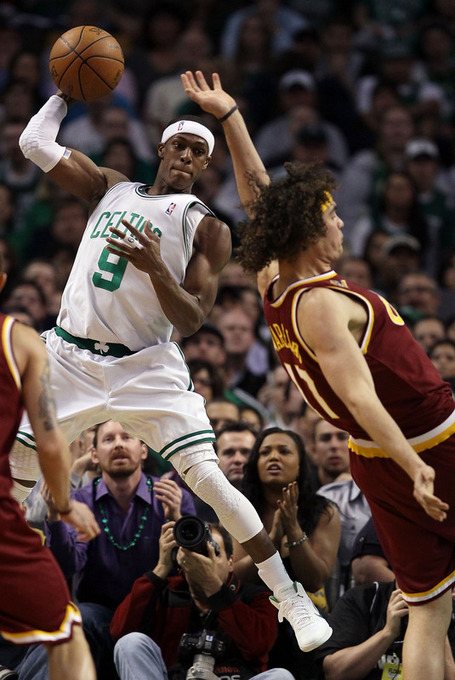 This is great news.

Get LeBron James! Create your own photo of LeBron in NYC as a Knick, and UPLOAD IT HERE [NYDailyNews.com]

More Cavs-Celts drama than even the wonderful TNT telecasts can provide:

Fear the Sword: Eastern Semi's Game 4 - Boston 97-Cavaliers 87 - A Mother of a Game
(Hope you wished your mom a Happy Mother's Day!)
For a quick laugh: PROTIP: When Flopping, Flop In The Correct Direction [SB Nation]
Story Steam on SBNation.com

Over the course of the past decade the NBA had its fair share of critics. Everyone knew the post-Jordan era wasn't going to be easy for the league or its ratings. Some of the cited problems were that fans supposedly couldn't "relate" to the players (i.e. the league was "too black"), the games were supposedly too physical and violent (when have you ever heard this claim lobbied against the NFL and NHL?), etc, etc. It was nonsense, but unfortunately Mr. David Stern bought into the hysteria and implemented such ridiculous measures like the NBA Dress Code to help fans "relate" better to the players.

None of this was worth worrying about.

The real problem for the league in the first decade of the 2000's was the San Antonio Spurs. They were a ratings nightmare. No one enjoyed watching them play. They were/ are BORING and watching them constantly whine on the court while the announcers were fawning over their "fundamentals" was nauseating. Their 7 game series against the Detroit Pistons was a great finals in terms of basketball, but NO ONE cared. The ratings were abysmal. Spurs fans themselves can't bring themselves to roll out of bed and watch the their team in the playoffs. The Spurs couldn't even sell out home games in the 2007 Conference Finals against the (also boring) Utah Jazz. If this was Stern in the golden age he would have immediately contracted the Spurs.

Thank you Phoenix for stopping the league's nightmare for going any further.

Like the rest of us they'll be watching J-Rich and Amare in the WESTERN CONFERENCE FINALS. 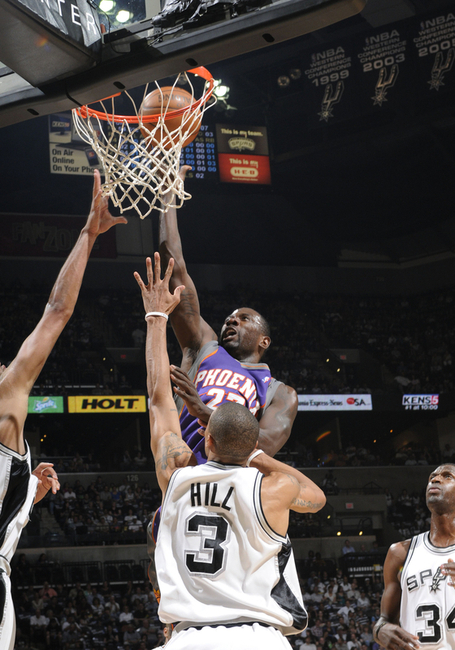 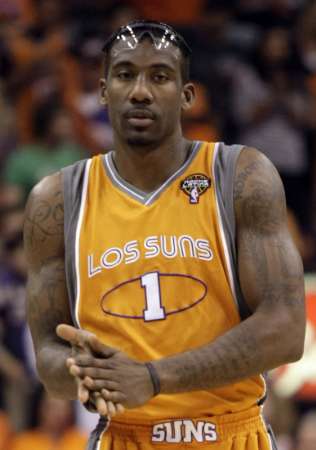 Biedrins and Wright will be sitting at home watching this guy in the WCF.

Previewing Day 24... it's really this simple.

Did the Hawks not think it was worth their time to show up for the 2010 NBA Playoffs? Got some great summer plans fellas? I hope you do.

Let's just hope those loser fans in SLC don't throw stuff on the court again (see The NBA has a Fan Problem).