Jump for a rewind of Game 1 between the Celtics and Magic and a preview of tonight's Suns- Lakers festivity!

Do you realize that the Celtics have now won 4 straight? 2 of those 4 have been on the road too in Cleveland and Orlando.

Don't be fooled by the Celtics' defensive dominance and boxscore filler individual performances either- both the Cleveland Cavaliers and Orlando Magic are very good teams. The problem for them was/is that the Celtics are just playing very, very good basketball right now. If they can make it the 2010 NBA Finals, they're going to be champs. Neither the Suns or Lakers stand a chance if the Celtics keep playing like they are right now.

The current Celtics are like the Wu-Tang Clan. They're stacked with legit MC's up and down the roster (well aside from Glenn Davis and Brian Scalabrine who couldn't even make the N'Sync roster). It really doesn't matter who is on any given night. Just believe that between Rajon Rondo, Kevin Garnett, Paul Pierce, Ray Allen, Rasheed Wallace, Tony Allen, Kendrick Perkins (man this guy is a bully), and even Nate Robinson business will be handled. You don't need all these hoops MC's to get the hit single. Just a couple. That's all it takes and that's all these guys are about.

And of course I think you can guess who this guy is on the Celtics: 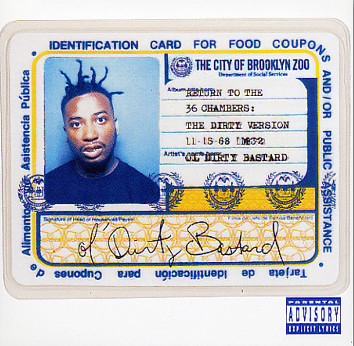 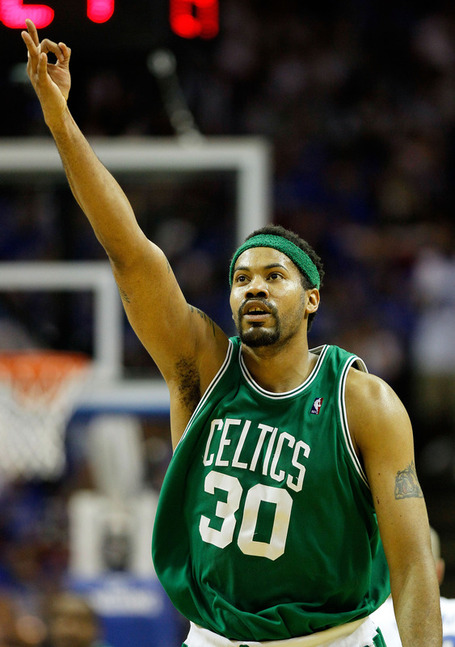 Last September I predicted these guys to be the 2010 Champs (see Around the Association: 2009-2010 Boston Celtics- Sheed in Green + Another Answer). I'm not going to try and act like I've thought that they were going to be the champs throughout the entire regular season and playoffs, but right now I'm coming in full circle.

Steve Nash, Amare Stoudemire, Jason Richardson, Grant Hill, and the rest of the Suns have had a remarkable pos-season run. They fairly easily took out a banged up, but motivated Portland Trailblazers team in the 1st round. Then they shocked everyone and swept the San Antonio Spurs aka the Snores in the semifinals. It's been a fun run fellas. I'm proud of what you've accomplished.

But the Suns don't stand a chance against the Lakers in the Conference Finals. 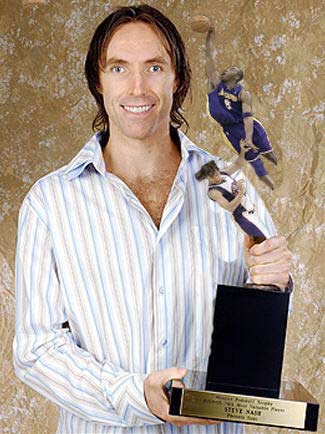 Kobe and the Lakers will OWN Steve Nash and the Suns in the Western Conference Finals.

Don't get me wrong. I'm rooting for the Phoenix Sunny Delight. I just don't think they have a shot. None at all.

But I'd love to be wrong. In fact, I hope I'm completely wrong.