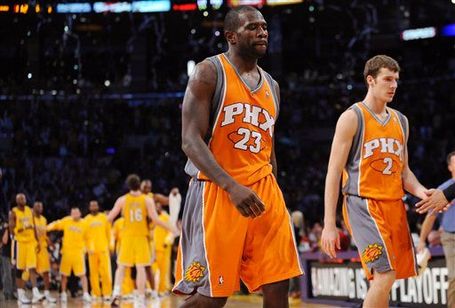 Must win, JRich. Must win.

Like the Magic, the Suns are down 0-2 against a tough opponent. Unlike the Magic, the Suns next 2 games are at their own home, so they have a better chance to avoid a series sweep. I still think the Lakers are going to win this series, but I want to see how the Lakers do on the road and whether they are as unrelenting as the Celtics are. I also want to see if the Suns can play any better at home than they did on the road and give the Lakers a real challenge.