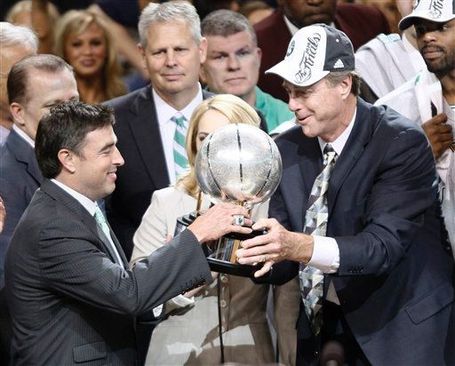 The Celtics are going to the Finals to face...?

Congratulations to the Celtics for being the Eastern Conference champs. They beat the Magic in a no-doubter, leading by as much as 24 pts. They got some help from Nate Robinson with 13 pts off the bench in the 2nd qtr. And overall, the Celtics looked like they just "wanted it more". They hustled harder and were sharper on defense than the Magic. Now the Celtics wait and see whom they will face. Which brings us to tonight's game. The Suns can't afford any lulls in tonight's game or Game 7. I thought they were lacking in energy and aggressiveness for a good chunk of Game 6, thus digging an 18 pt deficit. To their credit, they did fight back to tie the game. The Suns need that fight for the next 96 minutes or they are going fishing and Steve Nash will remain Finalsless. Let's go Suns!

One more time, for good luck: 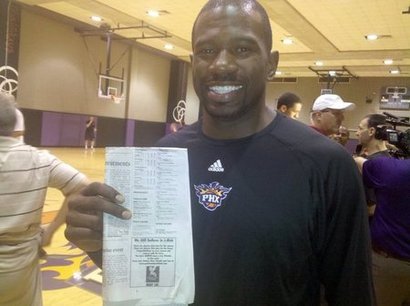