Selling the Game: Why it's OK to Call Deron Williams the Best PG in the NBA + Why Kobe Bryant is the Deadliest Clutchiest Winnerest Cold-Bloodedest Player on the Planet

Share All sharing options for: Selling the Game: Why it's OK to Call Deron Williams the Best PG in the NBA + Why Kobe Bryant is the Deadliest Clutchiest Winnerest Cold-Bloodedest Player on the Planet 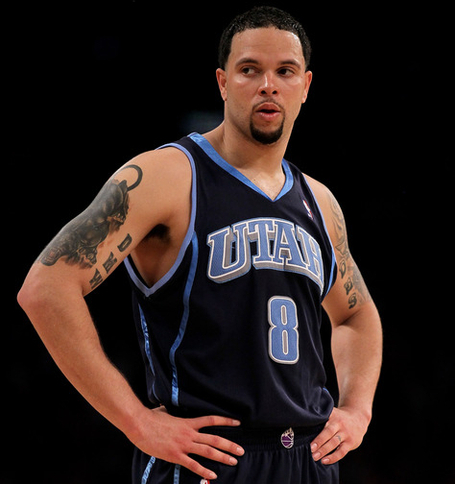 So I haven't been watching as much of the NBA Playoffs this year as I have in years past. It's not that I don't want to, it's just that with a six month old baby girl, a pretty busy season at work, my band recording an album, and did I mention the new baby? Yeah, it hasn't been easy to get some quiet time in front of the TV lately. Even with my limited playoff viewing there are a few things I'm absolutely certain of. One of those things is that Deron Williams is the best point guard in the NBA. At least that's what the broadcasters keep telling me... 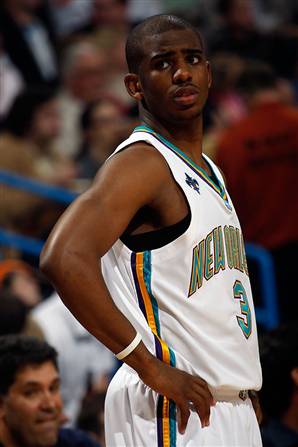 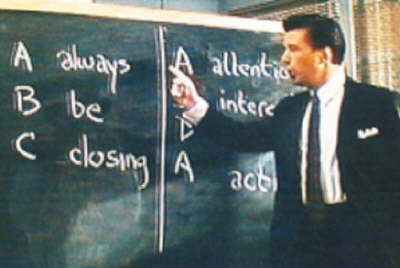 Put. That. Coffee. Down.
Coffee's for closers only

These people aren't here to educate us, they are here to sell us something. And while the level of analysis we get from your average NBA broadcaster might be... uh... lacking, they are actually pretty good salespeople. They follow a couple of the basic rules pretty well. Hyperbole (within reason) is your friend, so add some exclamation points and if a guy is top ten in the league, call him top five, or top three. So long as it's not demonstrably false you should be fine. "That guy has the best pump fake in the league!" Really? Well, he just had a nice one and no one can really prove that he doesn't... so yeah! That guy does have the best pump fake in the league! You know, if you can debate it, exaggerate it. Am I right?

Generally speaking, make people feel good about what they are buying. If you are setting aside three hours to watch an NBA playoff game you don't want to hear about how the best point guard in the world is already on vacation, you want to believe that you are watching the best PG in the NBA... DERON WILLIAMS!!! Well, unless you are watching a Celtics game, then you just might hear that "Nobody talks about Rondo, but this kid could be the best point guard in the NBA!" But really, who cares? If you want to have a serious debate about this stuff you have places like GSoM where other people are happy to trade hundreds of comments with you trying to get to the heart of the matter. In the mean time you can treat the playoffs like you do a car salesman when you go on a test drive with absolutely no intention to buy (you know you've done this, or at least been with someone who's done this before) just sit back, enjoy and have a good sense of humor about the ridiculous things that come out of their mouths. Which brings me to...

But what about Kobe? The guy is a team player. I don't mean on the court, I mean as a business man. Dude changed his jersey number for no apparent reason just so that the millions of KB8 jerseys hanging in closets around the country would instantly become obsolete. He single handedly sent the greater LA area rushing to their nearest NBA store to get with the times. You're welcome Mr. Stern. So have fun as you listen to the guys broadcasting the playoffs, hosting Sportscenter, and filling 24 hours of NBAtv trip all over themselves to make Kobe feel special. Even if most NBA broadcasters can no longer call him the best player on the planet while keeping a straight face, they can find plenty of nice things to say about him. He's the most skilled!! The best closer!! Cold Blooded!! That man is clutch!! Seriously though, did you see that shot he hit to put away the Thunder? 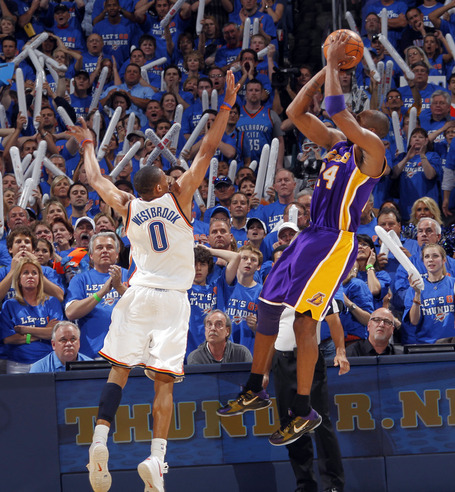 Oh, that didn't go in? Well, he sure set up Gasol with that one. That guy really knows how to make his teammates better... even when he misses.