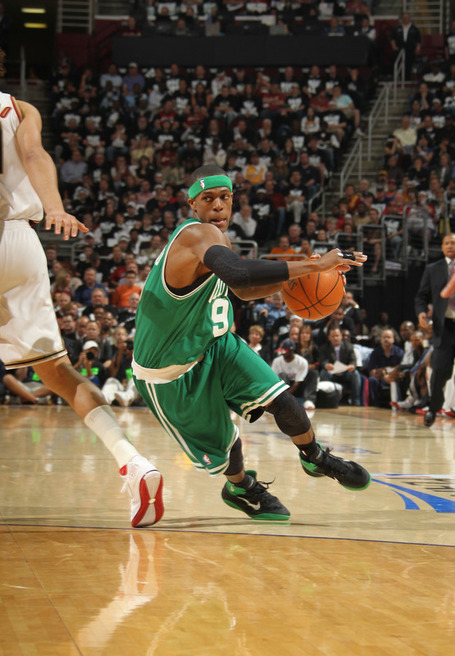 Jump for a rewind of Day 17 action, and a preview of tonight's annihilations... er, games!

The Celtics are finished?  Washed up?  Shame on you, Bill Simmons!

The Celtics are clearly the better team in this series, as I suspected in my first recap of the season.  They are better than the Cavs at every position but one, and at that position they have a perennial all-star and Finals MVP, Paul Pierce, to match with Lebron. Rajon Rondo is all-world, and owns Mo Williams. Shaquille O'Neal is completely washed up, and a detriment to any team that plays him (see Phoenix Suns). Antwan Jamison is not a playoff power-forward. Ray Allen is the best shooting guard on the floor. And don't get me started on the coaching... the best open-court player who has ever lived is buried up to his neck in a walk-it-up half-court offense.  You know it's bad when even Charles Barkley can see what the problem is. Enough said.

There are of course plenty of questions swirling around the Celtics.  Garnett and Pierce have been injured all season long, and still don't look anything close to their best.  Rasheed Wallace has been out of shape and a bust... or has he simply been resting up for the playoffs?

But the Cavs now have a question of their own: How bad is Lebron's elbow?  Bad enough to crush his spirit, as it appeared last night?

Because only a super-human effort by Lebron, and a major assist from David Stern, are going to get the Cavs out of this series alive.  Hit it, boys!

Those little town blues... are melting away...  I'm gonna make a brand new start of it.... 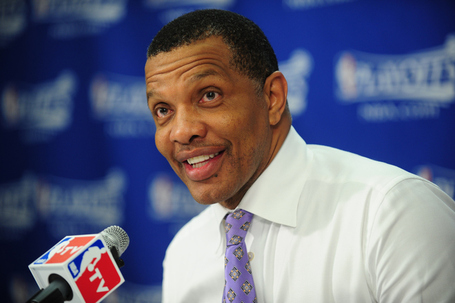 If you are a fan of great coaching, don't miss this series.  Alvin Gentry and Greg Popovich are engaged in a serious chess match, and they are both masters of the game.

Gentry has a Manu Ginobili problem.  He can't guard him with J-Rich.  J-Rich couldn't guard Ginobili's grandmother. So Gentry tried Grant Hill on Manu, but it didn't go so great. He may not have a better option.

Popovich has a Steve Nash problem.  Or should I say had.  When Popovich made the second half adjustment of starting Tony Parker, his Nash problem disappeared.  Now Alvin Gentry has a Tony Parker problem.

Popovich also had a J-Rich problem in this game.  He tried guarding him with George Hill, but that didn't work: Gentry immediately recognized the mismatch, and posted Hill up mercilessly. In the second half, Pop made the adjustment of switching Jefferson and Bogans onto J-Rich, and putting Ginobili on Grant Hill.  That ended the post-ups, and the Spurs went on a 13-0 run to take the lead. Eventually though, J-Rich freed himself up for open threes in transition.

Now Pop needed to find a way to stop the Suns transition game. The fourth quarter was all about small ball: Pop went with a center and four guards.  But Gentry did not get caught flat-footed: he matched Pop small for small, and the Suns hung on for the victory.

This is going to be a hell of a series. 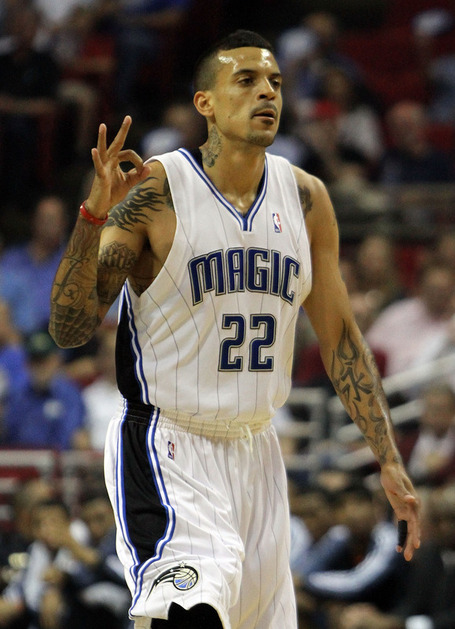 It doesn't take a lot to handicap this series.  Al Horford is a very nice center. But you can fit two Al Horfords into one Dwight Howard. Jameer Nelson ate Raymond Felton alive in the last series. Now he's going against Mike Bibby and Jamal Crawford. Yum, yum. 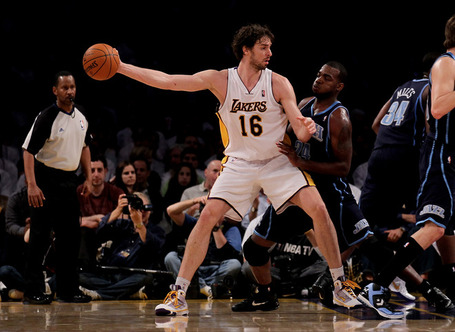 Ho hum.  Snore...  Is this series over yet?  Big Chief Triangle and the Kobettes toyed with the Jazz in the last game. The Lakers massive front line is just too much for Boozer and Milsap.

Just to make it interesting, why doesn't Phil Jackson sit Kobe for the entire fourth quarter, and just bring him in for the last play?

Who wins in Round 2?