Share All sharing options for: Spending the Day with the Golden State Warriors' New Logo and T-Shirt

The Warriors, specifically, Raymond Ridder (Director of PR), are reaching out to their neighborhood friendly bloggers to give them a preview of the new logo prior to the upcoming release party next Thursday on draft night. I wanted to share it with you all in the best way I could. New Logo has a lot of pressure so I spent the day hanging out with New Logo.

Fresh out of the box with that distinctive new logo smell. 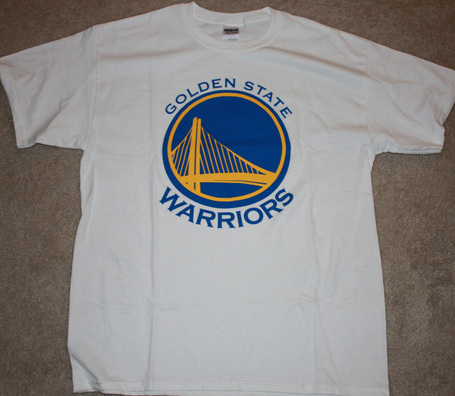 I had to try on New Logo before taking off. Lookin' good? Yes I am. 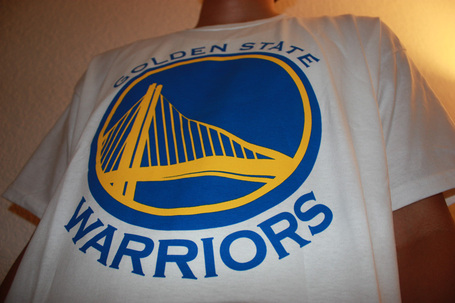 Before we took off to check out the Bay Area, New Logo and his big brother had some family time. 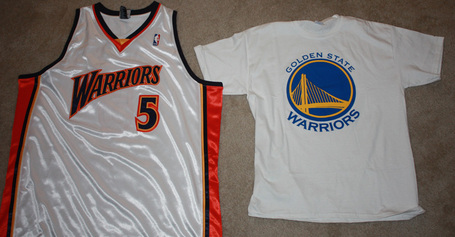 You'll never guess who we bumped into! Jeremy Lin. New Logo is a big fan and said we should draft him with the 2nd round pick. I told him EVERYONE at GSOM is a big fan of Lin. Nobody ever gets tired of hearing about him. New Logo had to get a picture with Lin. 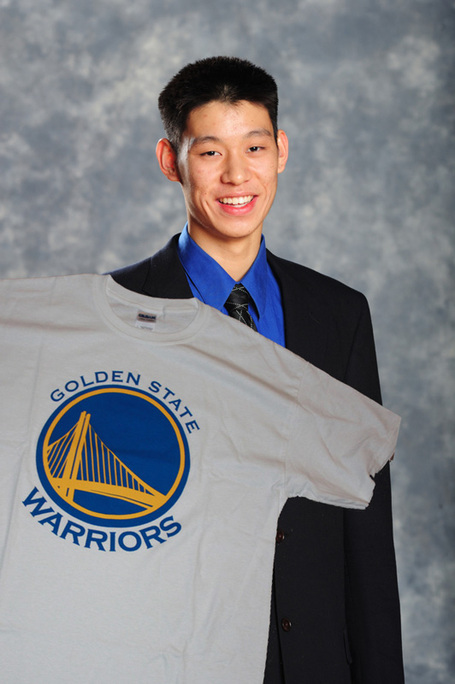 Checkin' out the cranes... 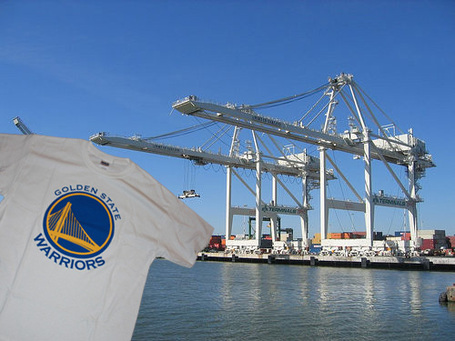 I had to show him Oracle arena so we jumped on 80 to 880. Oops. Typical traffic. Heck, it got so bad New Logo jumped out and we took a picture on the side of the road. 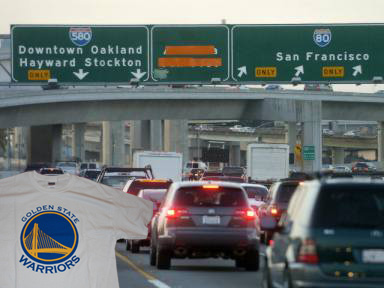 We finally did get to the Oracle. 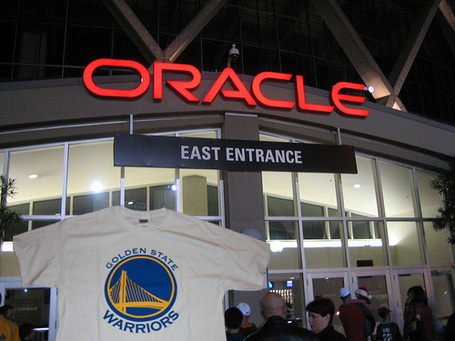 There was a special event going on inside, so New Logo made a few calls and got us in. He was quite upset that the Warriors hadn't swapped out the logo at center court. Temper, temper. 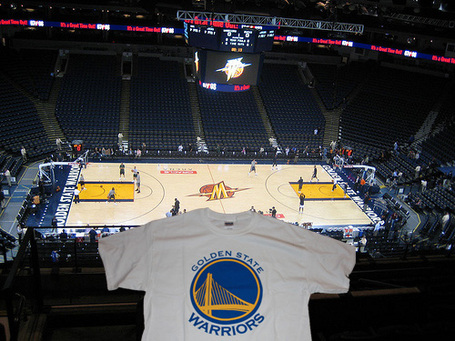 Saw Steph Curry at the arena! I even got a chance to meet him and introduce him to New Logo. Curry told New Logo he's a big fan so New Logo autographed that basketball for him. I got this candid shot of the two of them. I think they'll work out quite well together. Instant chemistry. 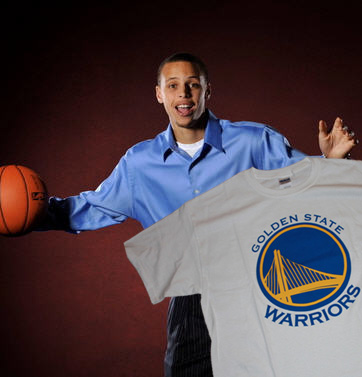 Game 7 was going to start in an hour, but New Logo had to see the Golden Gate Bridge. So we drove over there to get a quick shot. 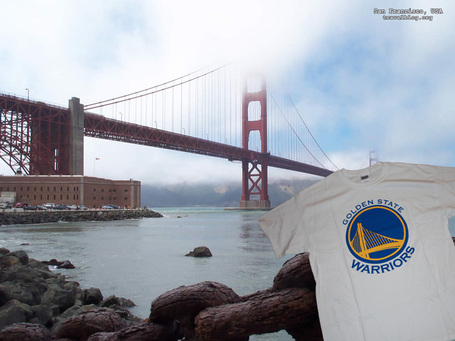 On our way back, we called ahead to get some food. New Logo loves garlic so we picked up some grub from The Stinking Rose. 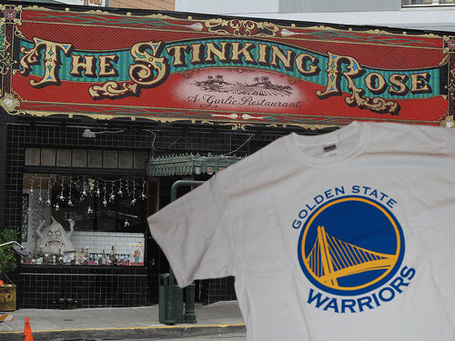 With food in hand and the picture of the Golden Gate Bridge out of the way, it was time to head home to catch Game 7. Check out New Logo watching the game. He already hates the Lakers - Fisher, Kobe, Sasha, etc. Called them names I can't repeat here. It brought a tear to my eye. The Warriors raised him properly. 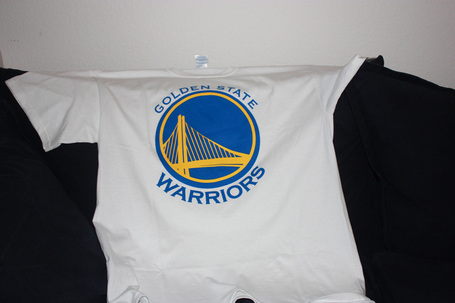 After the loss, needing to blow off a little steam, New Logo and I headed out to play some hoops. He's gonna show me some new moves. 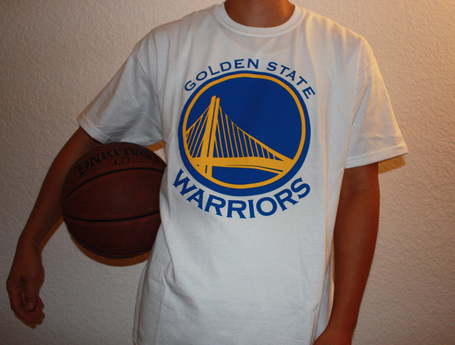 New Logo is real cool to hang out with. I think we'll all like the new style (even if the font needs work).

New Logo says he'll see you next Thursday at the official unveiling and draft party. He says he hopes we get John Wall. I laughed and told him it's not possible. Laughing back at me, he said it's easy. Just trade Hunter, Tolliver, Williams and the #6 for the #1. I guess he really is a true Warrior.