23 22 days until the 2010 NBA Draft! Starting to slip on the one-team-per-day pace, but maybe the (quick) discussion on the Boston Celtics' draft outlook is what I need.

Assuming Ray Allen can get signed, Danny Ainge will have his top six guys plus Rasheed Wallace (didn't know if I should consider him top seven, you know) back next season.

It's funny how a circuitous path can sometimes lead to the most interesting conclusions. SB Nation's photo database wasn't working properly when I first wrote this article, so I had to go hunting for an image of Ainge and it led me to a 2004 piece by Bill Simmons, following the Detroit Pistons' defeat of the Los Angeles Lakers in the NBA Finals...

At first I couldn't tell when the article was written, because the Sports Guy's write-up starts off mentioning Ainge and "facilitating the trade for Rasheed", something which also happened at the beginning of this 2009-10 season.

So anyways, he credits Ainge -- and not so much Joe Dumars -- for bringing Wallace to the Pistons and thus blazing the trail that would lead to the Pistons' championship. The caption for the lead photo with Ainge in it reads

Danny Ainge shows the press the hand he plans on wearing his Pistons championship ring.

Ironically, four years later that hand would have his own Celtics championship ring!

In 2004, the Celtics absorbed the contract of Chucky Atkins, waived Lindsey Hunter, who then went back to the Pistons, in the three-team swap that landed 'Sheed with the Pistons. Simmons explains what the Celtics got in return:

And he made these sacrifices for the chance to add the 25th pick in this year's draft. The 25th pick!

The opening rant on Ainge ends as follows:

Put it this way: If the Rasheed trade happened in my fantasy league, we would have gotten together and vetoed it. That's how one-sided it was. The Pistons cleared all their cap fodder AND picked up a starting forward. If that doesn't earn Danny Ainge at least a half-share of the playoff money, I don't know what does.

That got me thinking, karma came back around and handed Kevin Garnett on a silver platter, which was also one-sided. Oh, and who the heck was the 25th pick of the 2004 NBA Draft, anyways?

Tony Allen, who's playing pretty well off the bench these playoffs and should be an interesting matchup against Shannon Brown here in the 2010 NBA Finals, as far as the rotation players are concerned.

Boston also had the 24th pick that year and selected Delonte West, who would later yield Glen Davis and Ray Allen in the trade with the Seattle Supersonics.

Now, I have not analyzed all 29 other general managers' strategies, but my gut tells me that Ainge is rather unique in his approach to the Draft. He doesn't necessarily need to be a Draft expert and make the best pick possible at whatever position he's selecting. He utilizes various other means to acquire the pieces he needs.

Four of Ainge's top nine players were "seeded" directly through the Draft: Rondo, Davis, Perkins, and Tony Allen. Of those, only Allen was a straight selection. Rondo, Davis, and Perkins were acquired through Draft-day trades.

As someone who has been immersed in the world of DraftExpress, NBAdraft.net, and Chad Ford, among many, many others, I've just got to say, Ainge trumps all of that, and I'm mightily impressed. In the end, Ainge gets the guy he thinks will fit into his puzzle, despite not having that pick.

He doesn't draft for need. He figures out what or whom he needs, then exploits the Draft to get it.

As far as 2010 is concerned, the Celtics have the 52nd pick and I cannot wait to see whom Ainge selects, as well as deals for. Here's what the top mocks have to say about the 52nd pick...

Along the lines of Scheyer and Torrance, I wouldn't be surprised if Ainge picks Jeremy Lin, the Asian-American point guard out of Harvard, which is only a hop, skip, and a jump from the TD Garden.

Lin is a capable point guard -- besides me and my well-documented support of Lin (just Google "GoldenStateOfMind.com Jeremy Lin" or even "Jeremy Lin" by itself), one Draft expert also thinks he's the 2nd-best point guard in the Draft -- and he's the type of pick that can yield a favorable trade, due at least to the marketing angle. I've corresponded with many fans from the Asian-American basketball community and they are already declaring that they will buy every available Jeremy Lin jersey under the sun.

In essence, it doesn't matter who Ainge picks at #52. Even if the Boston roster suggested a need at any one or two positions, we wouldn't expect him to draft towards that end. 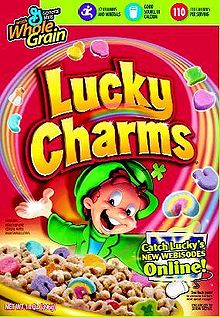