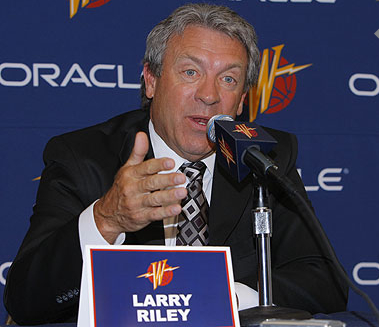 I, like many other Warriors fans, have had a soft spot in my heart for Anthoy Morrow ever since his coming out party against the Clippers in '08 where he dropped 37 points and pulled 11 boards, despite the fact that no one in the seats at the Staples Center knew who he was. But even as a bit of a Morrow fanboy I was still surprised by the overwhelming support Morrow received when I asked the GSoM community if Larry Riley and the Warriors should match the New Jersey Nets offer sheet of $12 Million over three years. Well, I definitely have something to say about it, but before I make the case for Morrow I think I'll pass the mic to the GSoM community...

To put things in perspective...

Kyle Korver has apparently agreed to join the Bulls for a 3-year $15 million deal. JJ Redick reportedly got a $20 million offer. Jason Kapono has been making mid-level money for the past three years. Danny Gibson made $4 million last season, and his contract is only escalating. Roger Mason? Made almost $8 million in two years with the Spurs. Matt Carroll? $4-5 million the last three seasons. Even Adam Morrison, in all his suckage, might earn a similar amount to these guys if a team like New York is willing to see if he can contribute as a specialist. Adam. Freaking. Morrison.

Point is, shooters aren’t going to come dirt cheap as everyone would hope. They’re not going to take the minimum when their skills are quite valued all over the league. Keeping Morrow, who is as good a player as some of these guys and a lot better than most, at $4 million per year is not a steep price at all. Considering it’s not even MLE money, matching is a no brainer especially when you’re talking about retaining arguably the best pure shooter in the NBA right now. Yes, his defense needs work. Yes, he needs to work on many aspects of his game. But hey, it’s not like these other shooting specialists are flawless players.

If the Lee trade doesn’t allow us to retain Morrow, I’m not sure how i feel about the trade. If we keep Morrow, I’m very happy about the Lee trade. I believe we are going to trade Monta + expirings+ filler for a good 3. If that’s Iggy, Childress, or Ariza, I’m more than thrilled. But if we were to lose Randolph, Turiaf, ‘Buike, Morrow, and possibly Watson due to getting Lee, I’m not feeling this trade so much.
The Warriors finally do some great things and get us a legitimate top 20 player in the league, then we deplete all of our depth. I understand having a great player is better than having all this depth, but we have been very injury -prone and the people we are losing aren’t scrubs. They are good 6-8th men off the bench (I’m referring to Watson, Morrow, and Azubuike), and we need to stockpile talent so we eventually can make more Lee-type deals where we acquire a star for our good young talent. Giving up Morrow would be a huge mistake with our lack of depth at the wings (and size), and Morrow would be our biggest wing left (Bell and Monta are 6’2.5, and Reggie is 6’4). I’m not comfortable with letting him go. He isn’t a one trick pony (he’s a good rebounder, and average facilitator), and the one trick everyone refers to is being the best shooter in the league. Keep him Riley.

What? It’s not a question of whether we can match. We can. If we WON’T match, it’s out of unbelievable cheapness and/or skull-crushing stupidity. $4M is not a lot of scratch for one of the great shooters in NBA history. I don’t care how supposedly "one-dimensional" he is. He puts a huge amount of pressure on opposing defenses, he opens up the floor, he rebounds his position, he takes care of the ball, he’s a great kid with a great attitude and work ethic. He’s the perfect teammate. Curry clearly loves him. Nellie too. Not to mention basically 100% of Warriors nation.

Can someone explain why is this even a question? Beyond Steph Curry, the only area in which this team was superior to most other NBA teams on a most nights was its dead-eye perimeter shooting. With the trade of Kelenna, we’ve lost a key piece of that. Curry’s Curry, but you can’t be team’s prime mover and its lead sniper. Reggie looks good, but the sample size is still small; asking a D-league call up with 24 games of NBA experience to be your only off-ball perimeter threat is an absolutely absurd risk for a team that seems to be trying to make a playoff run right now.

There are plenty of real and potential Warriors moves that are worthy of healthy debate on this site (the Lee trade, e.g.). This is not one of them. There are no grey areas. There is no downside. To refuse to offer Morrow 60% of what JJ Redick just got is sheer madness. If we drop the ball on this, I don’t want to hear one mealy-mouthed rationalization, or "meh," or unkind word about our beloved Ammo / Chocolate Rain / BlackboiPachino. I demand protests in front of the Oracle with pitchforks and torches!

These are just a few of the many well written, well researched responses to the early reports that the Golden State Warriors would NOT match (?!?!) the three year $12 million offer to Anthony Morrow. Add to that the fact that early returns on the attached poll (1200+ votes) had only 12% of Warriors fans agreeing with the front office's decision to let Morrow walk. Warriors fans have spoken. Even with the Warriors front office making the somewhat surprising move to add long term salary with the David Lee, this is no time to put the checkbook away.

MAKING THE CASE FOR MORROW

Money, how much is too much?

I think that the guys I quoted above make a great case that $4 million a year is not too much to pay for an outside shooter, especially one that does so at such an elite level. It's also important to note that, while much of our situation is still up in the air, this signing would not put us in the luxury tax. We would still be able to either use the MLE without paying the tax. Now, if we did that we might have to let Watson walk. The FO would have to choose between keeping Watson and possibly moving Ellis or some of our expiring contracts to fill the hole at small forward, or let Watson walk and pick up a SF with the MLE. Either choice would leave holes in the roster, but we'd still have options moving forward.

Morrow by the numbers.

Everyone knows Morrow can shoot, but it doesn't hurt to take another look at his gaudy shooting numbers. During his time in the NBA Morrow has shot 46% from beyond the arc, and is sporting an incredible .593 TS%. He is a very efficient scorer. He doesn't score at an incredibly high volume, but at 16 points per 36 minutes he is a more than reliable offensive option. He may not be able to reliably create his own shot, but if you put him on the court he will score points at a pretty good rate with elite efficiency.

One of the big criticisms of Morrow is that he can only do one thing on the court. This is not actually the case. He is a scrappy rebounder as well. With a rebound rate of 4.7 per 36 minutes he has been one of our best (if not the best) rebounding guard the Warrios have had over the last two seasons. It's also important to note that while ball handling is a weakness of his he has kept his turnovers down to 1.4 per36 keeping that weakness from hurting the team.

Morrow on the court. Is his presence really necessary?

There are still a lot of questions regarding who will actually take the court for the Warriors come November, but I think we can take a look at a few of our key pieces, their strengths, and try to see how Morrow might fit in. So for now the key pieces of this team seem to be Stephan Curry, David Lee, Monta Ellis, and Andris Biedrins. Basically we have what looks to be two ball dominant guards (one more of a slasher, the other more of a creator), and two of the better pick and roll big men in the league. Seems to me that an elite outside shooter would be pretty valuable in creating the space needed to help make the other players on the court successful.

If Monta is still here he will need guys on the perimeter to dish it to as the defense collapses in the paint. Having Morrow, Curry, and possibly Lee (if the rumors of him adding a 3pt shot are true) parked on the perimeter would certainly give him plenty of good options. Now that's no guarantee that he will actually pass the ball, but that's another topic entirely.

Whoever is coaching the team next year, I'd expect to see Curry running the pick and roll with both Lee and Biedrins. One thing that is critical to running the pick and roll successfully is having shooters in the corner to keep the defense honest. With a willing passer like Curry the defense would have a lot to worry about on a Curry, Lee P&R. Depending on how the defense reacts you could have Curry getting a wide open outside (or mid-range) shot, Curry driving and finishing himself, Curry finding Lee rolling to the basket, Curry finding Lee for an open jumper (on a pick and pop variation), Curry finding Morrow for the open three in the corner (if his man cheats off of him), or even Curry finding Andris at the rim (if his man is ball watching on a pick and pop it would be easy for Andris to slip in from the weak side ready to receive the ball at the rim, something Andris has been very good at through his career). This should be a bread and butter play for the Warriors next year, and you can see how easily it could turn from bread and butter to dry white toast if you remove the element of an outside shooter to keep the defense honest and ensure that everyone has the space they need to operate.

So in the words of Teddy KGB... 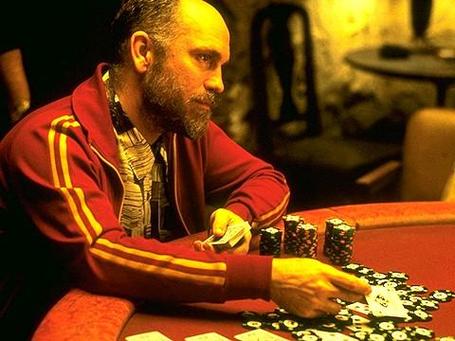 Pay him... pay that man his money.