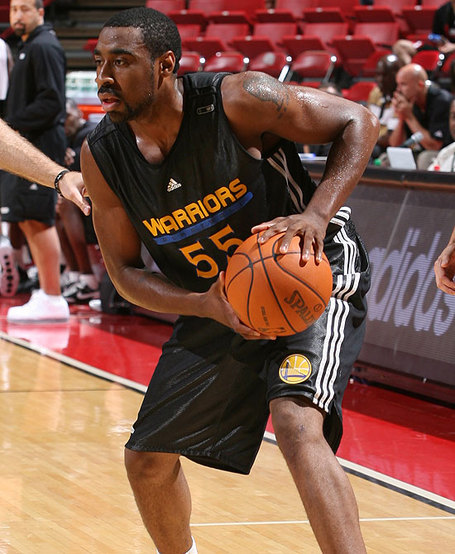 My entire day has been turned upside down with the surprise announcement that Joseph Lacob and Peter Guber won the ownership bids to own the Golden State Warriors. I almost forgot we have an early afternoon game. So here's a quickie open thread.

Unlike Anthony Morrow, Anthony Randolph, and Marco Belinelli, Reggie Williams' performances haven't been "crowd pleasing" and haven't drawn "oohs and ahhs". Instead, it's been more in quiet fashion, scoring and making passes when he needs to, just staying under the radar. His contributions just sneak up on you until you look at the box score. He's making the case to be a nice solid 6th man coming off the bench next season, and we already know he can survive against NBA talent. In any case, one last Summer League game for Reggie to shine. Let's do this!