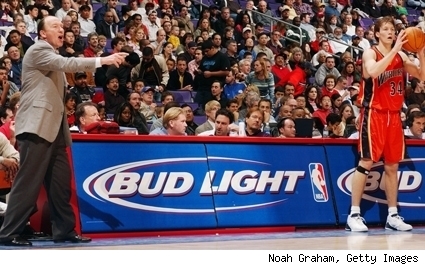 Ben Maller's got the scoop in Mike Dunleavy Sr. draws interest from Warriors:

Veteran NBA coach Mike Dunleavy is in the San Francisco Bay area this week, meeting about a possible role in the Golden State Warriors front office when the team is sold, according to NBA sources.

I used to think Mike Dunleavy Sr. was a pretty solid NBA coach and front office man. He went to the NBA Finals with the Lakers in Magic Johnson's last run, had some very good teams with the Portland Trail Blazers, and seemed to do fine with the Milwaukee Bucks. He even took the LA Clippers aka Warriors South to the 2nd round of the Western Conference Playoffs back in 2006.

From my view in the land of Clippers North, I can't really tell what was worse- Dunleavy Sr.'s coaching disaster or front office damage. Therefore I will pass the mic to the good people's at Clips Nation. 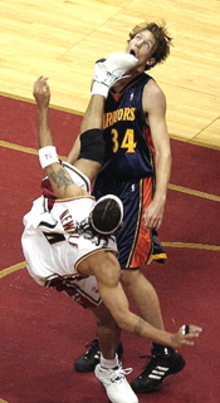 Sorry just felt obligated to toss this pic in.

Do you want the new Warriors ownership (read: Larry Ellison) to give Mike Dunleavy Sr. a front office role?