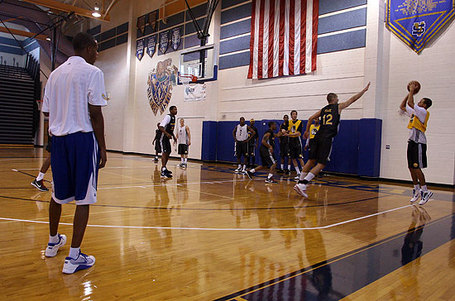 Tired of talking about LeBron and his "The Decision" circus show? Check. Tired of debating whether the Anthony Randolph/Kelenna Azubuike/Ronny Turiaf trade for David Lee is good/bad/neutral? Check. Hungry for some Warriors basketball action? Check. Eager to watch a couple of our Warriors on the court show off their skills? That's a BIG check!

Then Warriors Summer League 2010 is what you need. Tonight kicks off the week long summer fun in Las Vegas with 5 games in 7 nights. We won't see Anthony Randolph (traded) or Ekpe Udoh (injured wrist), but we will get to see Brandan Wright and Reggie Williams. Let's gooooooo!

I had read conflicting reports on whether or not Anthony Randolph would play in this year's Summer League game. He had already proved his athletic abilities in last summer's games, capped off by tying the single game record with a 42 points (soon broken by Anthony Morrow's 47 pt game), so there would be nothing for him to prove. On the other hand, there were reports that he would play to show that he had recovered from his ankle injury. I was looking forward to watching him play to see if he had learned to control himself while he watched from the bench.

Since Anthony Randolph has been traded to the Knicks, none of that matters now. Instead, we now turn our attention to the other tall, long, skinny power forward, Brandan Wright, and the D League shooting guard/small forward success story Reggie Williams. 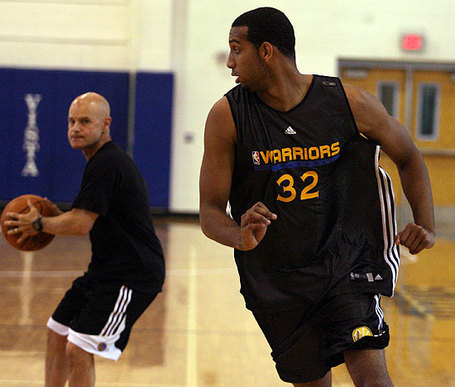 The last time Brandan Wright saw any kind of action was in the Warriors 2009-2010 training camp. He was getting praise from Nellie for being one of the best player in training camp. Then his shoulder went down, again, which wiped away any chance at playing during last season. He came on the broadcast once and showed us he had a good mental understanding of the game (the "slinging milk" interview). Now we watch and see if Wright can play again. Show us that "unstoppable" hook shot, young man. 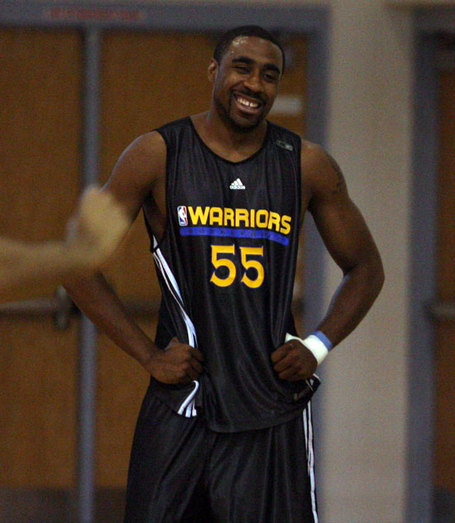 As Fitz loves to say, what a find from the D League.

During the 24 games he played for the Warriors last season, Reggie Williams, coming out of the D League, showed us he had a nice variety of skills. He could shoot the 3, he could drive and cut. He could run a few plays and pass the ball or shoot it himself. He was so impressive that Larry Riley locked him with the Warriors for next season before last season ended. According to his most recent interview, Reggie's been working on "going right", so it's good to see him add more variety to his offensive game. He's already played against NBA talent. Against Summer League talent, I expect him to smoke everyone.

For your bookmarking pleasure

Bits and pieces I pulled out of the media guide