I was one of the many skeptical of the Jeremy Lin signing. It seemed to be just a publicity stunt, and that was probably the reason behind the signing, but make no mistake, Lin has a good chance at being a good player. 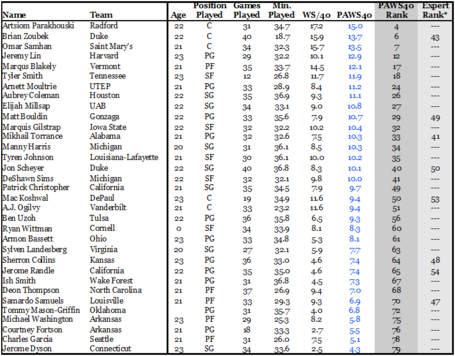 This is very encouraging but let's see how it all works out, but i feel confident in the fact Lin's PAWS40 is higher than all but 11 players in this draft class, and far better than Ekpe Udoh. Maybe our backup point guard isn't as much as an issue as we thought before. Heck, maybe we should bring in Samhan or Zoubek on a training camp invite. It wouldn't hurt.