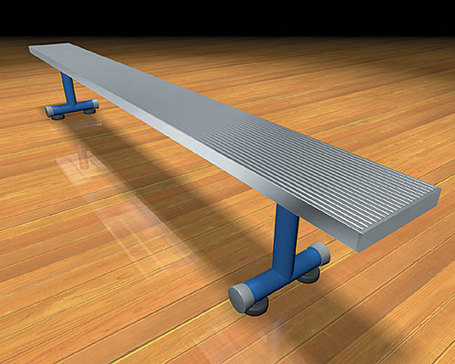 Were we playing with an empty bench in that Brazil game?

According to this Associated Press article, Lesson learned, US will need more from its subs, Coach K didn't like what he saw from the bench, so he stuck with the starters for most of the game. Whether it's from youth and inexperience or "cracking under the pressure" against the well-executing offense of the Brazil team, the last game revealed a weakness on the Team USA bench, and they need to show up if Team USA wants to win 4 in a row in the Knockout Round to win the tournament.

The other weakness Brazil revealed in Team USA is the lack of a dynamic offense of Team USA. Brazil's offense executes very well, even when the ball has moved around to several players. Each player is capable of finding and passing to the open man on the weak side or finding an inside cutter. Conversely, Team USA had quite a few one-pass-and-score possessions. There's less cutting, less movement, less looking for an open man somewhere, and more one-on-one. At first I thought it was because I've seen too much Nellieball, but the Brazil offense made me realize otherwise. I don't know if this is because of the way Coach K approaches the offense, or if this is because the players have limited play making abilities, forcing Coach K to construct this simpler offense. Whatever the reason, Team USA will have to make up for the offense with outstanding athletic defense, because I don't think the offensive schemes are changing any time soon.

Onto today's game. The next 2 opponents should be much easier opponents, which will give Team's USA's bench a chance to get some playing time and the starters more rest time for the next round. Familiar names on Iran: Hamed Haddadi (Grizzlies)

So, how exactly are you supposed to pronounce "Iran", and "Iranian"? Anyone here from that area of the world know?