Share All sharing options for: Don Nelson the GM 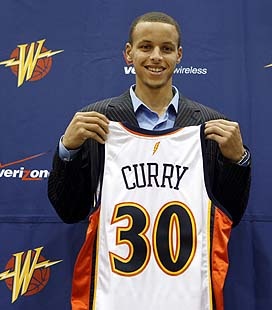 Simply the latest steal of the draft.

It struck me today while contemplating the latest batch of ignorant and vicious propaganda regarding Don Nelson to be secreted out of the San Jose Mercury News, that while everyone is agitating over the decision whether to bring Don Nelson back as the coach of the Golden State Warriors, no one is discussing whether it might be worth while to bring him back as the de facto GM of the Warriors, or re-hire him as a "godfather" and paid consultant after his contract is up. This is a great oversight by the Bay Area media, which, of course, is what we've come to expect from these paragons of journalism. I wish to correct this oversight. Let's discuss Don Nelson the GM.

I don't want to bore you too much with everything I know about Don Nelson as a GM, as for instance all the secondary players he drafted (eg., Paul Pressey (20th, '82) and Scott Skiles (22nd, '86)), or all of the secondary players he discovered and created out of the D-leagues (eg., Mario Elie, Avery Johnson, Matt Barnes, Kelenna Azubuike, CJ Watson, Anthony Tolliver). Or the complete details of how he built four playoff franchises from scratch.

What I want to do is give you is a very simple list of ALL-STARS that Don Nelson has drafted:

Don Nelson has a record as a GM that is unparalleled in league history, and which is likely never to be matched.

Joe Lacob, do you think you can do better?