Share All sharing options for: 2010-2011 Minnesota Timberwolves Preview: All You Need Is...? :: Around the Association 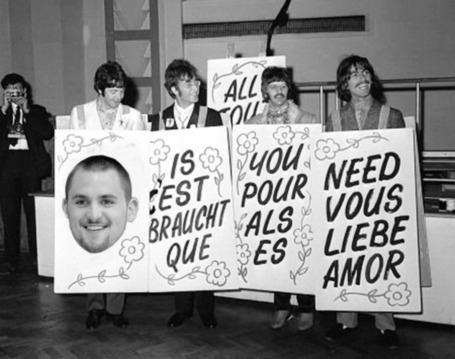 A search through my ever-burgeoning iTunes library turns up over 2,500 songs with the word "love" in the song, artist or album title. 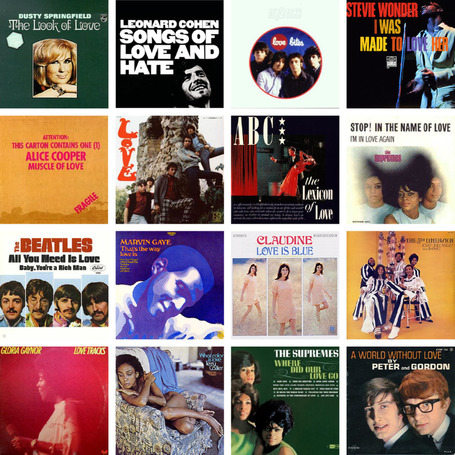 By contrast, a search through the roster of the 2010-11 Minnesota Timberwolves turns up only one Love — third year power forward Kevin. Yet in many ways, Love the player may be as integral to the Wolves’ fortunes as Love the word/concept is to popular music.

Ugh. If you made it past the corny segue, make the jump for some more love-lorn crooning!

OK. if you’ll allow me one last bad play on words: what the Wolves need now is Love, sweet Love. Roughly, Love is to the Wolves’ fortunes as Stephen Curry is to Golden State’s, in that barring a major acquisition, their hope of making a real leap from bottom-dweller to playoff contender rests on Love’s ability to make the leap from very good player to Top 10-15 caliber player. On the bright side, in both cases such a jump seems within the realm of plausibility.
Like Curry, Love was last seen by the world at large brandishing his gold medal in Istanbul alongside his mortal teammates and the almighty Kevin Durant. Like Curry, Love seems to have rare leadership qualities, drive, and hoops IQ on top of his physical gifts. And like Curry, Love is not only really good already, but seems to be improving steadily. His production across the board jumped from his rookie to his sophomore season: from 15.8 pts (.538 ts) / 12.9 reb / 1.5 ast per 36 as a rookie to 17.7 (.549) / 13.8 / 2.9 as a Soph. That’s the kind of jump that often presages NBA stardom (see Durant, Kevin, e.g.). The efficiency isn’t quite stellar level, yet; but as GSoM guru jae points out, shooting is the one area where young hoopsters tend to improve. And in the one area where young players tend not to improve — rebounding — Love is already among the best in the NBA. Heck, he may be the best, full stop. My last image of him from the FIBA final, in the final minute of garbage time, was him curling forcefully inside his man to pull an offensive rebound off a Granger miss, when a split-second earlier he looked to be completely out of the play.
It’s a good thing for Love, because beyond Love the Wolves roster is a bit of a mess. Wolves' General Manager David Kaaaahhhhn probably receives more venom and ridicule in NBA circles than the other 29 GMs combined, though I suspect this may be in large part due to possessing the kind of face you sorta wanna punch. 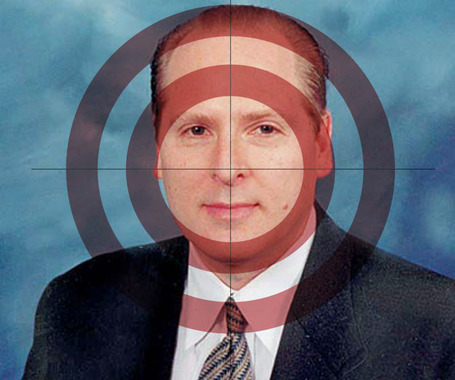 Sure, his roster management overall has been pretty bad, but not that bad. In the "good move" category, you can put realizing that Love is the franchise; not trading him (as was rumored throughout the summer); and starting the process of building around him by jettisoning overpaid, one-dimensional ballhog Al Jefferson. In the awful category, you can put drafting 6'0" shooting guard Jonny Flynn over Stephen Curry, as well as the acquisition of Michael Beasley, a player so terrible he makes Darko Milicic look like a decent #2 pick. Beasley's basically Anthony Randolph — if Randolph were much shorter, much less athletic, a much worse rebounder and shotblocker, and much less mature.

Most of Kahn's other moves have been kind of in between. Rubio still seems like a solid pick. He didn't light the world on fire in Turkey, but he still has rare court vision, passing and defensive skills, in a lanky 6'4" frame. Give him another couple years to mature, and I suspect he'll be ready to step right in as a Top 10 NBA PG. Wes Johnson at #4 could be a solid pick. It is somewhat worrisome that after totally bungling the Flynn pick they went out and grabbed another Orangeman who came off as engaging and charismatic in pre-draft interviews. On the plus side, Wesley, unlike Jonny, actually had dominant college numbers, and is actually correctly sized for his NBA position. Personally, I wouldn't have let Cousins slip past me at #4, but I can see decent reasons for picking Johnson.

Other moves: Dumping Sessions, an excellent backup PG, for nothing seems kind of stupid, but understandable with Rubio looming on the horizon. Darko at 4 years/$20M seems patently absurd, but is probably the going rate for a 7'0" 250 guy who can tie his own shoelaces. Anthony Tolliver @ 2/$5M ... meh.

All of which adds up to ... well, almost certain failure this year, even if Love does take his next step towards NBA stardom (which I fully expect). Dave Berri and the Wages of Wins crew peg them for 24.44 wins, 4th worst in the NBA. I'd probably give them more like 24.68, but then I tend to err on the side of irrational exuberance. In the ultimate admission of failure, the team took out a full page ad in last Monday's Star Tribune, announcing essentially "wait till next year." Really? I mean, I understand the desire to temper fans' expectations, but come on. Telling your fans to give up in September is sort of the equivalent of telling your kids there's no Santa Claus. How can the team of Love, have such little faith in love, faith, and hope? If any true Wolves diehards are reading this, let me close this with some classic words from one of my 2,500 "Love" tunes — the O'Jays Love Train...

Note: anyone who wants to hijack this diary to give GSoM readers some musical recommendations, feel free. I'm aware that the 2010 Timberwolves aren't the most enthralling topic of conversation. I'll start with two: if you’re into Pop/Rock, check out Love’s Forever Changes and Orange Juice’s You Can’t Hide Your Love Forever, two of the underrated masterpieces of the 60s and 80s, respectively.