Jump for a video interview clip with Jim Barnett and some quick thoughts!

Rodney Carney is of course a member of the 2006 NBA Draft Class, one that I would rate as one of the worst classes in the modern era of hoops. There aren't many drafts where guys like Andrea Bargnani, Adam Morrison, or Shelden Williams can go in the top 5, but stunningly all 3 of these guys went in the top 5 of this draft. But thinking back to our usual pre-draft madness back then, I was a big champion of Carney to the Dubs with the #9 pick (especially after Rudy Gay went #8 to the Houston Rockets). Several years into his career Carney hasn't even begun to approach what I expected of him, but he's a whole lot better than the notorious one Chris Mullin selected for the Dubs at #9. Come to think of it Carney is a whole lot better than the combination of the Warriors #9 and #38 pick that draft. I'm talking about none other than... 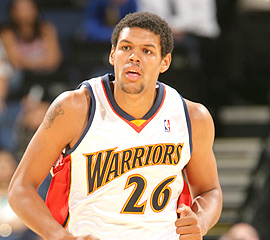 Wait is this photoshopped? I don't remember POB ever actually playing.

From the draft time madness: 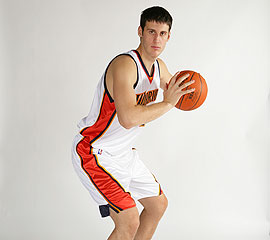 The Zero Threat Position made famous here at GSoM.

Here's hoping Carney realizes some of that potential I thought I saw back in '06!

Thanks to the GSoM community for the FanShots and great discussion: