Share All sharing options for: RECAP #33: Golden State Warriors 107, Miami Heat 114 - Halftime Got In The Way 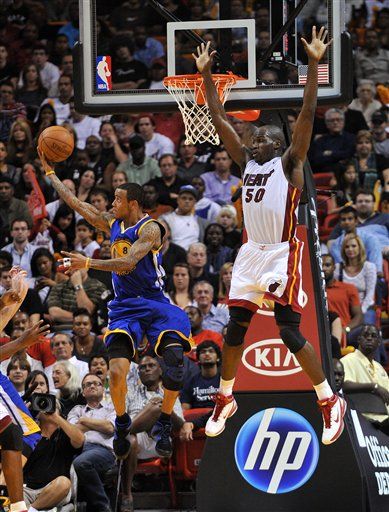 Monta has the ability to make defenders look bad

The schedule maker is unkind, a back to back on New Year's Eve and New Year's Day? That's just wrong. As pointed out in the broadcast, it has only happened 4 times in the last 38 years. When I saw the schedule I figured the Warriors (and their fans) should be happy to win one of the games. Why then, do I feel so disappointed? Here's why...

The Warriors were on fire in the first half! They dropped 72 points in the first half against an excellent defensive team. They hit everything from everywhere and a lot of those were from behind in arc. They played with a lot of confidence and were very much in control.

It was the best half of the season.

The Warriors held a 20 point lead with 1 minute left in the first half against a team that nobody gave them a chance to beat. The Heat made a 6-0 run to close the quarter and at halftime it was Warriors 72, Heat 58 - a 14 point lead.

But then halftime came and it got in the way of the Warriors chance at winning. 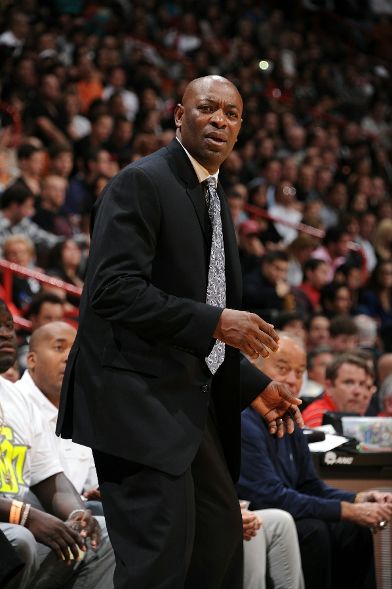 He has some of the better facial expressions. I call this one, "WTF".

The Warriors lost their mojo when they went into the locker room. They were a completely different team in the 2nd half. If there was no big break in the action and they just played the 3rd and 4th quarters with no halftime, the Warriors might be winners. The momentum they had was gone and the Heat were able to regroup. I imagine Heat coach Erik Spoelstra's speech at halftime to be just this: "Don't worry guys, we're down right now, but hey, it's the Warriors. We'll come back."

The free throw disparity was a bit ridiculous as it has been many times this season. The Warriors were 12-16 from the line. The Warriors certainly deserved to go to the line more often than they did as the refs didn't really call the game equally on both sides. How did the Heat do from the line? 35-47. Dwyane Wade was 11-16 and LeBron James was 11-17. In other words, Wade shot as many free throws as the Warriors and LeBron shot more free throws than the Warriors. Wow. Those two certainly deserved those calls because they're so aggressive and just know how to get foul calls. They weren't all fouls, but the refs give them the benefit of the doubt and if it looks like a foul, they'll usually call it as a foul. Superstars get superstar calls.

You can blame the refs and complain about the phantom calls and how they didn't call it the same on both ends, but really, it was still the players' and coach's fault for the loss. You could tell the players and coaches were frustrated with the way the game was being called. But the refs didn't force the Warriors to throw the ball away, take bad shots, or take jump shot after jump shot after jump shot when the shots were clearly not falling. The refs didn't help the Heat step up their D and lock down the Warriors offense. That D was suffocating by the way. It made me exasperated just watching. The refs had a bad game but c'mon, blowing a 14 point halftime lead on the road is a major choke job. 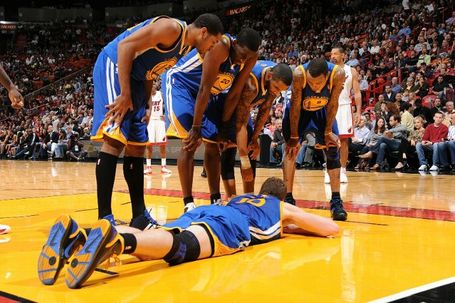 I imagine the poor 2nd half was in some part due to tired legs. How many of these guys went to sleep at a decent time? After a game on New Year's Eve and then probably some partying like most of world, I doubt this team was as fresh as it should have been. Jump shots tend not to go down when legs are tired.

With that said, I am really impressed with the Warriors lately. The 3 game win streak, the win against the Bobcats and the great first half against the Heat, show that this team is capable of competing. They're not a playoff team, but when healthy (which isn't often), they're not nearly as bad they showed during the awful run from November 11 to December 20. It's a little bit of light in what has been mostly a dark season. Let's hope that the rest of this season sees some consistent play resulting in some surprising wins against teams they're not picked to beat. 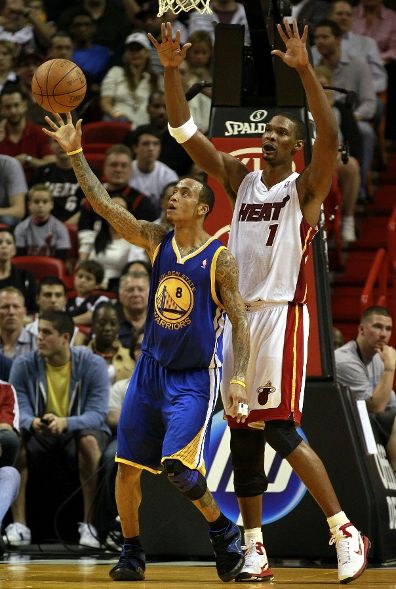 This is just a weird picture. They both look like puppets. 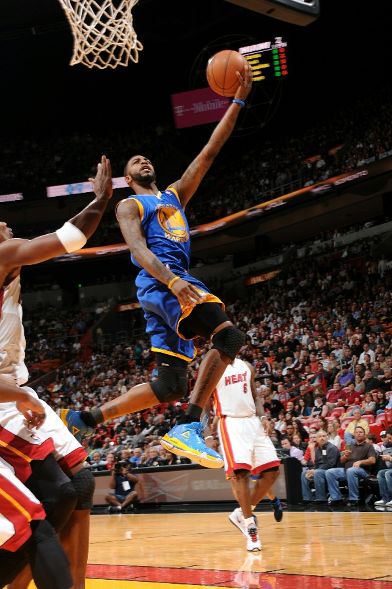 I thought about giving it to Monta Ellis for his 25 points and 7 assists (5 turnovers), but I'm giving it to Dorell Wright for putting together a nice game in his return to his former team. The fans gave him a nice welcome back and he gvae them quite a show. Unfortunately, it wasn't enough for the team to win.