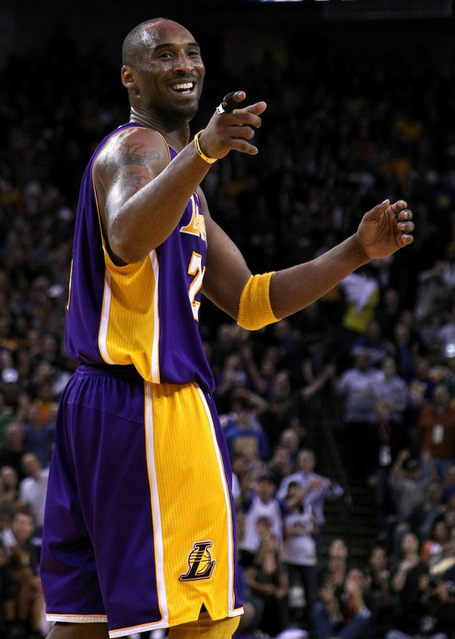 Did you honestly think the Warriors could stop this guy?

Aside from the rebounding disparity (Warriors- 27, Lakers- 47), you have to be happy about the Warriors effort tonight. Against the defending champs though that relative happiness just ain't gonna cut it.

JUMP for the 38th recap of the season!

Don't hate. Appreciate. Kobe Bryant is one heckuvaplaya. If I had to tell you that then you quite simply don't know hoops. 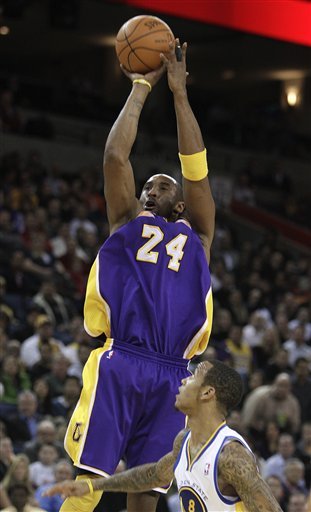 Kobe's 17 points in the 4th quarter were pure domination. Kobe's drive past Monta Ellis to draw Andris Biedrins' 6th foul with and 1 was dominant. It was also typical of how silly Monta was to think he could check Kobe with his wannabe physical posing and of Biedrins' atrociously dumb defense (CLUE: make a play on the ball instead of jumping straight up), but that's another discussion for another time.

I'm giving this one out to the Roaracle faithful. 19,596 people tonight. I'm sure there were a few Faker-folks, but still. Thanks for rolling deep.