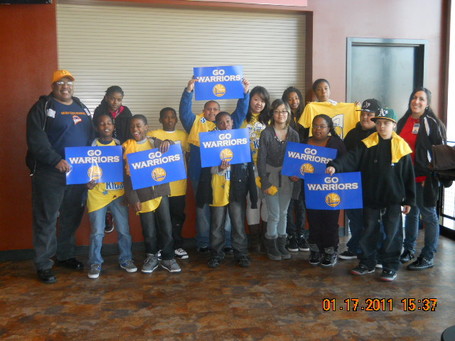 Our friends from Oakland Housing Authority are UNSTOPPABLE BABY!
=========== 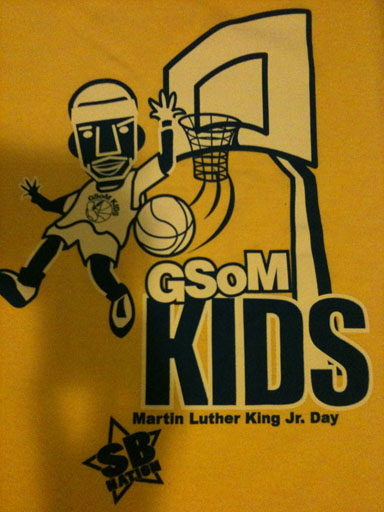 Jump for a recap of this nice matinee win!

First and foremost I wanted to wish you all a Happy Martin Luther King Jr. Day. I've spent the last 27 years of my life in school and MLK Day is always a holiday. I didn't really realize till this year that the "work world" really doesn't seem to recognize this day. That's unfortunate. I wish this day was recognized across the country more universally. It's a special day, not just for People of Color or Americans, but for all of humanity.

I do want to give props both the Golden State Warriors and the NBA as a whole for their annual fantastic efforts to celebrate this day. Each year the Warriors go out of their way to recognize the day and turn it into one big kids day. If you've never been a matinee MLK Game at the Roaracle it has quite a different vibe than the usual atmosphere. There's lots of kids running around and having a great time. They're also pitching in media-wise on the PA system and even writing for the Oakland Tribune! (Nice work MT.) Very fun.

The NBA as well puts on a show every Martin Luther King Jr. Day. I remember in the Warriors pregame radio show with Tim Roye and gang, they were noting that the NBA actually started celebrating the day 4 years prior to the government recognizing it. The day long national coverage across NBA TV, ESPN, and TNT is very impressive as well. The NBA is a special league.

All of us at GSoM want to thank the Warriors for their continued support of GSoM Kids Day. As my man FJ noted in the preview with the support of the Warriors we were able to work with the following youth organizations this year and take 100 young Warrior fans to a game (a lot of first timers I imagine too):

The biggest talk league-wide is where Carmelo Anthony is going. In case you haven't been on Planet Hoop the most rumored destination is the New Jersey Nets (see Woj: Prokhorov, Nets In Danger of Becoming Jokes If He Doesn't Return to New Jersey with 'Melo in Tow from the mighty Nets Daily). Now the Warriors are a bad team, but the Nets- whoa man, they're awful. Here's an SAT analogy question for you (I'm actually not sure if they still have these, but here goes): 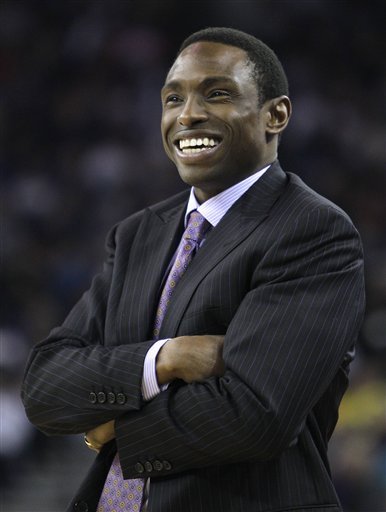 Seriously, Melo, don't waste your time with that franchise. By the time they finally move to BROOKLYN, you and LaLa will be retired and sippin' lemonade in the Caribbean. Aside from Brook Lopez and Coach Avery Johnson's interviews is there really all that much to like about this team on the hardwood? Well, not today.

The Player's Holiday award goes to Monta Ellis. It wasn't the best shooting night, but if there's 9 assist to only 1 turnover plus 5 boards- I'll take it! He's no MVP, but he does belong in this year's All Star game. 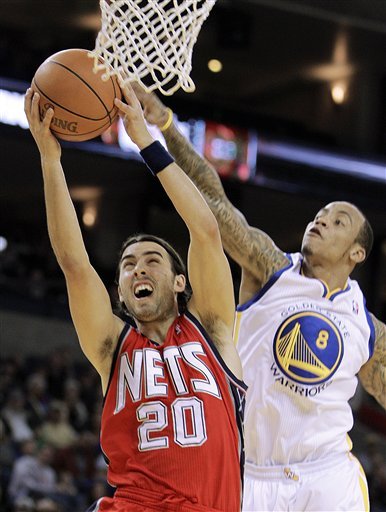 This block alone will win you the Warrior Wonder!