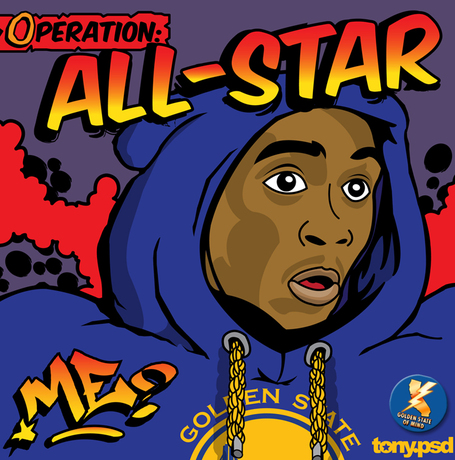 My favorite part was drawing the hoodie! I actually ordered one at the team store!
Monta Ellis has the numbers, skills and talent to become an NBA All-Star (25.8 PPG, 3.4 RPG and 5.7 APG to be exact). The last time the Warriors had an All-Star was back in 97' and that was Latrell Sprewell. I know that making it to the playoffs would be more satisfying for the entire team, but seeing Monta's name mentioned as an official All-Star would be the gratitude he deserves for being an electrifying player.

From now until the All-Star game, I'll be doing my part illustrating "Monta propoganda" signs and bringing them to games. The man deserves it!