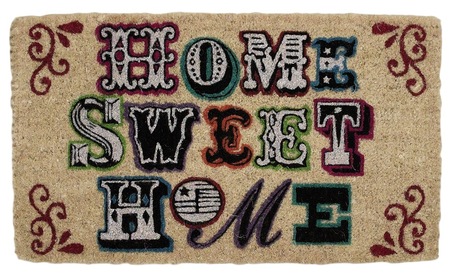 With the next eight games at home, the Warriors need to make the most of the schedule if they want to entertain any playoff hopes in the second half of the season. The Warriors have done a decent job of defending their home court, at 13-7 so far, but the bad news is that this particular home stand starts off with the league leading 37-7 San Antonio Spurs. Jump for some thoughts on the longevity of the San Antonio dynasty!

The Spurs have consistently been a threat in the West since drafting Tim Duncan back in the summer of 97. I'm a firm believer that the biggest part of building a real winner is to find a truly elite player, and Duncan has definitely been an elite player on offense and defense over the course of his career. A superstar alone isn't enough of course, and anyone who follows the NBA can probably identify the other key contributors over the years. Gregg Popovich is an incredibly talented and respected coach, that has consistently found a way to get the most out of his players. Over the last 13 years the Spurs have also had a few other players that are stars in their own right. Early on it was David Robinson, and then later Tony Parker and Manu Ginobili stepped up as the key cogs in the Spurs machine.

Even with a truly elite player, a HOF coach, and a few All-Stars it's not always easy for a franchise to hold it all together and stay relevant in the NBA landscape. I think one of the most impressive parts of this long run of success has been San Antonio's ability to fill the holes in the roster year after year, seemingly pulling rabbits out of their hat on a regular basis. Lets take a look at a few of the names that the Spurs have used to reload the roster, and fill out the bench over the years.

Looking back it's hard to believe that when Bowen joined the Spurs he was just an NBA journeyman, and already 30 years old in his first season with the team. Of course he would spend most of his thirties making his name as one of the league's top perimeter defenders, and providing critical three point shooting to help create space for Duncan and others to operate.

Speaking of journeymen, Stack Jack had already done the world tour of professional basketball before making his name in San Antonio. Another wing that played tough defense, and provided three point shooting (yes it's a theme) Jackson went from a relatively unknown player to a key piece of a championship team.

Bob had already made his fair share of big shots before joining the Spurs as a 33 year old, but he saved some of his most dramatic for two Championship runs in San Antonio. Did anyone but the Spurs management really think he'd be answering the call during some of the NBA's most dramatic moments all the way to age 37?

He wasn't the same athlete that won the dunk contest so many years earlier, but the 33 year old Barry that joined the Spurs was still an efficient scorer, and distributor from the wing. Another shrewd signing, Barry was a reliable bench player who stepped into a starting role in the Playoffs when the team needed him most, and helped them win it all in '05.

When Dallas decided to use the "Allan Houston Clause" to release Finley and take his massive contract off the books (they were still obligated to pay him his guaranteed salary, but it was no longer held against the salary cap or luxury tax), the Spurs swooped in to sign the 32 year old veteran to the league minimum. Dallas was essentially paying Finley to help the Spurs push them to a seventh game in the second round of the playoffs. Dallas, went on to win, but it sure would have been fun to see Cuban's reaction to a Finley game winning shot to eliminate Dallas in game seven... if only.

Yes, another 30 year old tough defender that the Spurs signed up while flying below everyone else's radar.

This deadly shooter stepped in and played more minutes than any Spur not named Tim Duncan in his first year with the team.

As an aging Robert Horry faded out of the picture, the Spurs didn't miss a beat, plugging in the young Matt Bonner to fill the role of stretch shooting 6-10 forward.

While everyone in the league shied away from Blair and his monster college number because his knees looked to be held together with athletic tape and rubber bands, the Spurs decided to take a chance and draft him in the second round (Painful Warriors trivia: The draft pick they used to select Blair originally belonged to the Warriors before sending it to Phoenix for Zarko Cabarkapa, later Phx sent it along to the Spurs for Dragic). So far Blair has rewarded their faith by not missing a single game so far in his career.

For the sake of space I actually left out a few notable players, which should make any Warriors fan sick to their stomach. Over the same span of time you could probably count the number of shrewd Warrior signings on one hand, and still have enough fingers left over to have a two in three chance of winning a game of rock-paper-scissors.

While the Warriors were losing to the Clippers in LA, I was in San Jose watching the great Wayne "The Train" Hancock sing about Little Lisa from San Anton'. Enjoy!