Share All sharing options for: Recap #34: Golden State Warriors 90, Orlando Magic 110 - Owned the 1st Half, Pwned the 2nd Half

This game was almost identical to the previous game against the Heat. The Warriors play very well in the first half and take a sizable lead only to get blown out in the 2nd half and lose the game.

The Warriors were beat by 29 points in the 2nd half. This begs the question, do the Warriors know that the 2nd half also counts towards the final score? 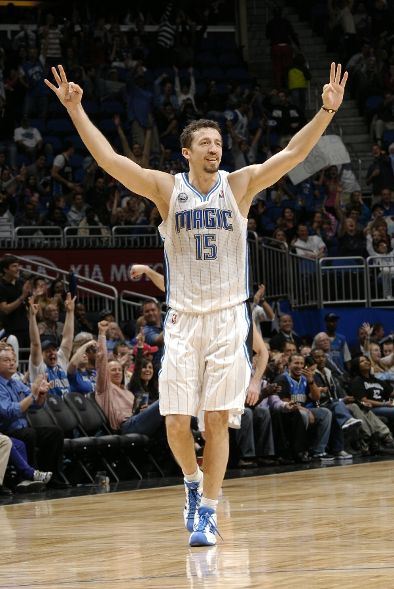 So what happened this time?

We can try to break this down into a bunch of different reasons, but plain and simple, a 3 point barrage by the Magic doomed the Warriors. It was some serious long range sharpshooting and not by one or two guys, but the entire team. Dwight Howard was dunking from the 3pt line and Stan Van Gundy was nailing 3 pointers. 6 of 8 from 3 in the third quarter with Gilbert Arenas, Jason Richardson, JJ Redick and Jameer Nelson all hitting at least 1.

They cooled off slightly in the 4th quarter and only went 6 of 13 from 3 but by that point they had already broken the Warriors spirit and taken an 8 point lead. They just continued slaughtering the Warriors, 14 point lead with 9:36 to go, 20 point lead with 4:33 to go. The Warriors even got it all the way back to a 13 point lead, but then boom, 56 seconds and 3 straight 3 pointers and the Magic had a 22 point lead.

Okay so that's the big reason why they lost. The Warriors couldn't sustain the shooting in the first half (again) and in the 2nd half couldn't stop the opposing team from scoring at a ridiculously high percentage (again). Overall, the numbers were fairly similar except in a few important categories: 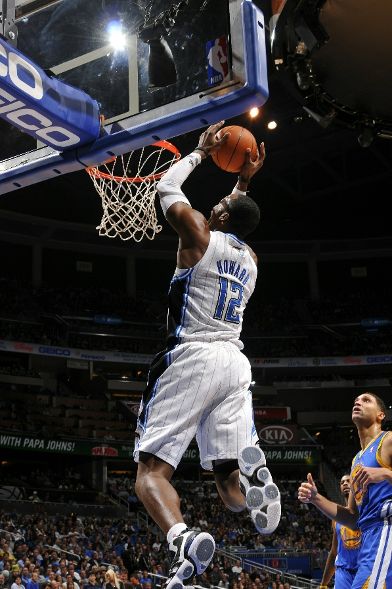 Dwight Howard
Whoo boy. It certainly didn't help to have David Lee and Andris Biedrins out. The Warriors needed some beef down low and all they had were Boca Burgers - Lou Amundson started, Dan Gadzuric played 9 minutes, Brandan Wright had  decent numbers, and Ekpe Udoh got his first taste of Dwight's elbow. Howard finished with 22 points on 7-9 shooting and 17 rebounds. Nobody could stop him down low on defense.

Rebounding
Despite the lack of beef, the Warriors didn't do so bad in the rebounding department. They out-rebounded the Magic 43-42 surrendering just 9 offensive rebounds. Pretty good though I wonder if the Magic are worried about that for their chances in the playoffs.

Hedo Turkoglu's Triple Double
Last but not least, Hedo finished with 10 points, 14 rebounds, 10 assists, and 5 steals. Holy crap, what a line and what a game.

Keith Smart
Maybe we can just play a half and go home because we played very, very good basketball against two very, very top elite teams and for whatever reason we didn’t come out in the 2nd half to play at the level necessary to win.

Dorell Wright
We can compete with the better teams in the league. We just need to play a full 48-minute game. It doesn’t do us any good to play one half and come out sluggish in the second half.

Stephen Curry
We had huge leads but weren’t able to get back into our flow in the second half. Both teams (Heat and Magic) have made huge runs in the first three minutes and that is so important in order to keep the momentum on our side. You can’t give them that kind of momentum with so much time left especially on the road and when you are short handed. We will learn from this.

Hmmmmm...do I have to pick one? I'll go with a blast from the past. Jason Richardson because he'll always be a Warrior to me. Kind of a cop out but he did put up 20 points on 8-16 shooting including 4-7 from 3 while chipping in with 5 rebounds and 2 assists. 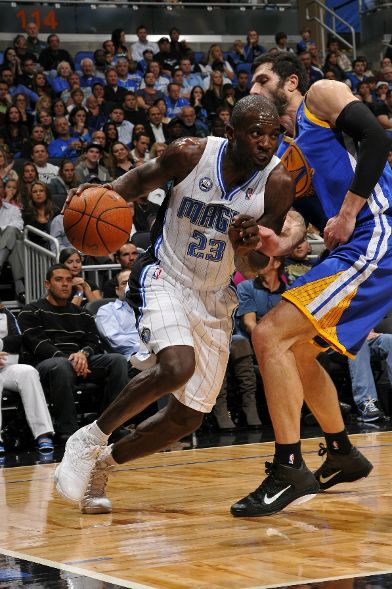