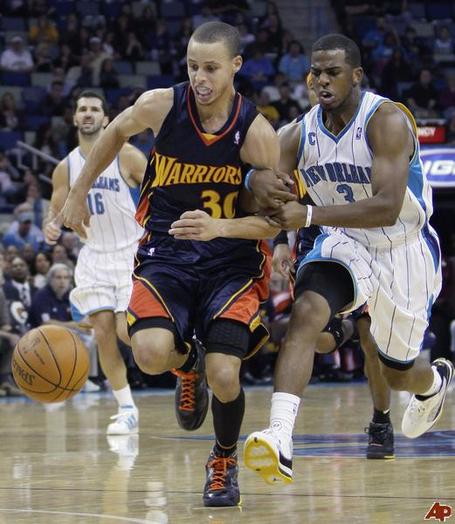 It's the Chris Paul school of defense

Blog Buddy: At The Hive

Hit the jump for my suggestions for halftime. Feel free to leave your suggestions in the comments.

Suggestions for the Warriors and Keith Smart for halftime:

If the Warriors can pull out a win, they'll have gone 2-3 on the road trip. I'd consider that a success considering the quality of teams they played - all but one (Bobcats) is a lock to make the playoffs (Hawks, Heat, Magic, Hornets). But they'll have to do it without David Lee again and still no Andris Biedrins.

Oh and get this... Marco Belinelli is the starting shooting guard for the 21-14 New Orleans Hornets. Plays 29 minutes per game because of his, wait for it, defense. You think he's mad the Warriors traded him for garbage Devean George?

Will the Warriors win tonight?