Share All sharing options for: Recap #37: Golden State Warriors 91 @ LA Clippers 105 - I Want My Afternoon Back 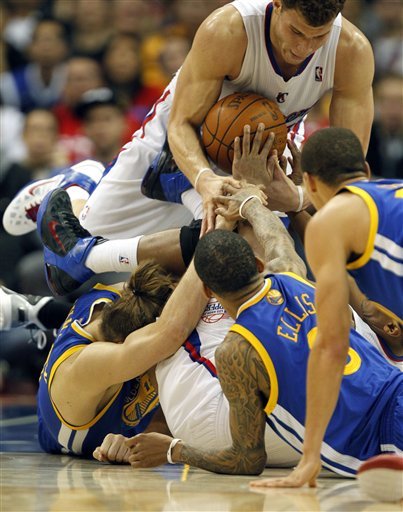 This was a stinker of a game with no flow, tons of fouls, and not a single Warrior worth talking about. I think I want my afternoon back. Oh yeah, hey, how about that Blake Griffin huh?

Good young bigs are worth their weight in gold.

So with gold's current price per ounce, that would make Blake worth about $5,025,180, which strangely enough is pretty close to the roughly $5.4 mil that he is actually making this year. So I guess good young bigs are worth more than their weight in gold. Of course Blake Griffin isn't just a good young big, he's the kind of player that can turn a franchise around. The Clippers hit the jackpot with him, and although the turnaround was delayed by a season due to injury, it looks like the Clippers have a legit franchise player to build around. 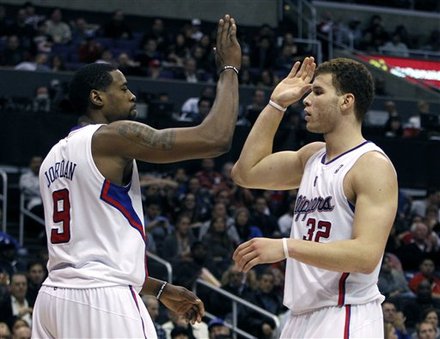 Speaking of good young bigs, it looks like DeAndre Jordan is finding a way to put his length and athleticism to good use. He looks like he might be a good match next to Blake with his shot blocking, rebounding, and ability to convert efficiently at the rim. Not to mention, this might have been the first time I've seen him play that he didn't make a bone-headed play. That could be a very unscientific measure of improvement right there.

Sure, the Clippers still have their fair share of problems. They are still sporting a worse record than our very own struggling Warriors, and they have some less than desirable contracts on the books, but they have the one thing that really matters. In this league of Superstars, they have what could be a Superstar big man in Blake Griffin. Now that is a spoonful of sugar that would make even the Baron Davis contract go down smooth. That is certainly not good news for a team like the Warriors who are hoping they can be the new up and coming team in the Pacific division in the near future.