Share All sharing options for: The GSoM Logo Thread, Pt. 2

While Warriors Nation anxiously waits for Chandler Paul Hayes Nene Jordan Godot, I thought I'd throw up a couple more of the new logo concepts the GSoM crew has been discussing. Jump!

1. The Reboot of Existing

This one comes in three handy color variations: 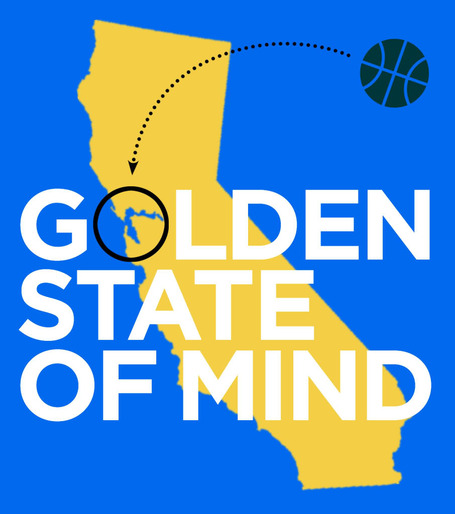 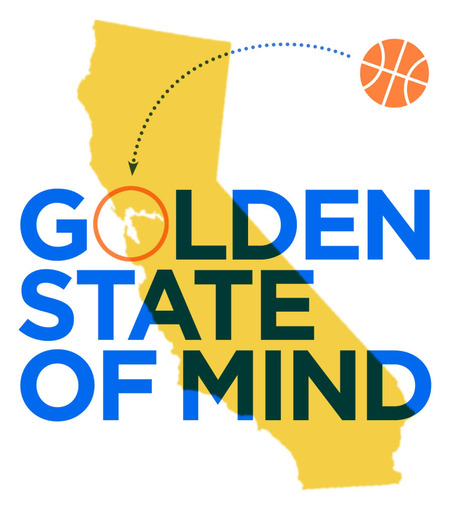 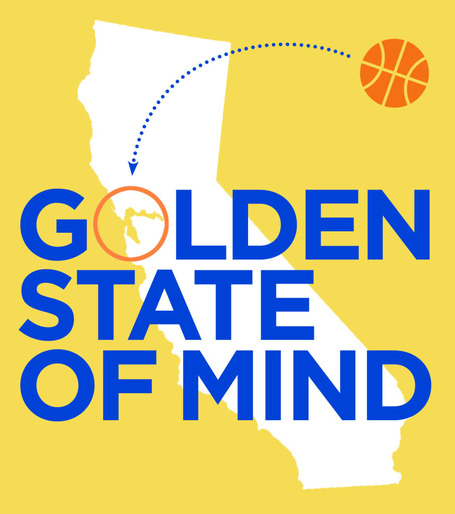 Parsing Atma Bro's comments on the subject, my hunch is that this, or something along these lines, is the current leader in the clubhouse. The goal was essentially to take what we have and banish (a) the thunder (an icon which never made a ton of sense in the mostly precipitation-free Bay Area), and (b) the frivolous design details (gradient fills, faux-dimensionality, drop shadows, etc.) that always gave it, to my eyes, the look of a logo for a mom-and-pop computer repair store in Redwood City.

Someone compared the clean, superflat look of the proposed new logo to the work of FreeDarko's Jacob Weinstein — which I took as a huge compliment, as I consider that dude probably the hottest sports artist out there. Check out, for example, the elegant linework, deft caricature, and hot color of his recent portrait of the OKC Thunder: 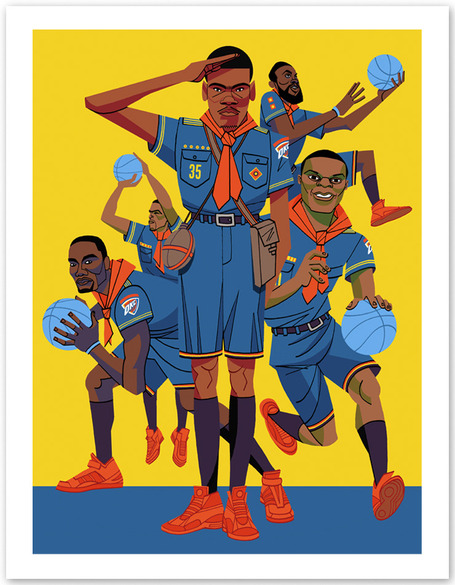 If my humble logo reboot has even .1% of the artistry that goes into Weinstein's work, I'm thrilled. I do like how the Bay Area and roundball — elements missing from the existing logo — are integrated into the new design. I also think the specific typeface, Tobias Frere-Jones's fairly ubiquitous Gotham, lends a more urban, contemporary feel than previous.

I feel compelled here to give a shout-out to loyal GSoMer ivanbe, née ffgolden, who has given me some great feedback on my various ideas, and whose current avatar is also I think a very elegant reworking of what we have.

I've posted this one here before, to somewhat mixed reviews, but as long as I've got the bully pulpit I figured I'd repost it here. 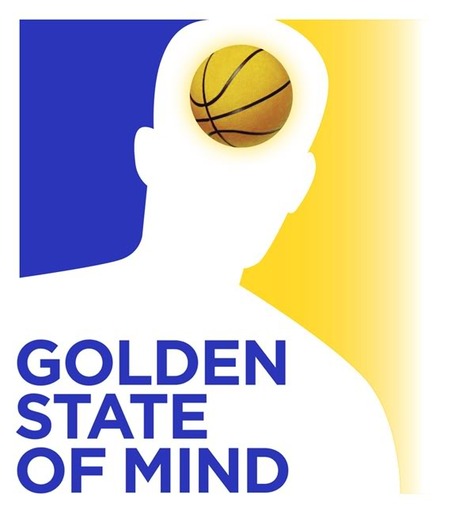 The aim here was to play down the STATE aspect of the site name, and play up the MIND part. As with tony.psd's deft graphic fusing of the ball-and-the-brain, this dude is us: a cerebral type with hoops permanently etched on the brain. Some may note the rather suspicious resemblance to the NBA logo, aka the Warriors' own special advisor Jerry West. West was indeed the inspiration for the mark, a connection that could make it obsolete if and when West leaves for greener pastures. My sense is that it's sufficiently removed from the NBA logo for this to be a major problem, but I understand the concern. In the end, I think I'm more attached to this one than the first, mostly because it is such a departure from the existing. I like the element of strangeness — same thing I love about Tony's alt. Superman-themed logo. And the faux-airbrush gradient reminds me a little of the work of A.M. Cassandre... 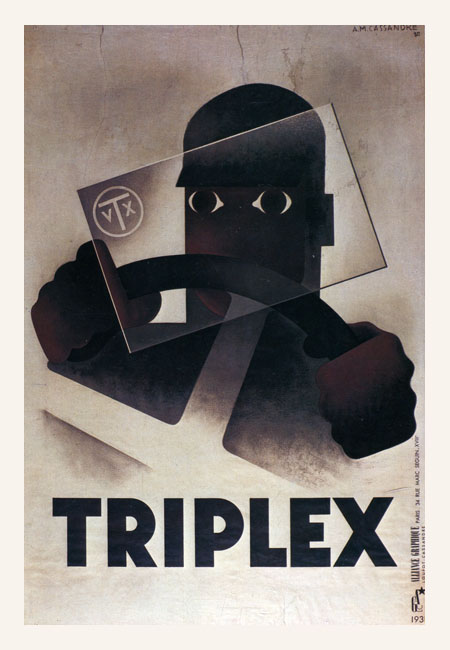 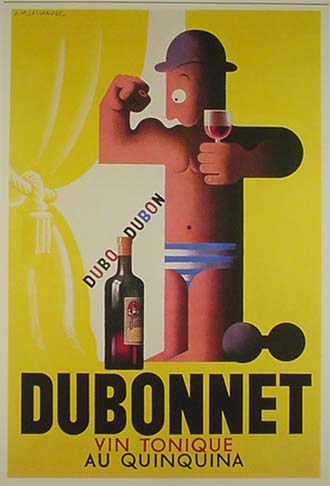 Alas, public reaction to "The Logo" logo has been somewhat less enthusiastic than my own, so I suspect it, like the Warriors' grand plans to sign Tyson Chandler and Chris Paul, will end up in the dustbin of history. But we'll see. The plan right now among the GSoM crew is for Atma Bro to merge Tony's diary and mine into an "Official GSoM logo poll," get your feedback, and make a final decision within the week. The final decision will ultimately be his — none of us love the idea of design-by-democracy — but obviously we're anxious to see what you guys think.

OK now: back to the regularly-scheduled discussions of how we're going find minutes for Dwight Howard and CP3 behind Biedrins, Lee, and Ellis.