Share All sharing options for: 2011-2012 Golden State Warriors Preview- More of the same... 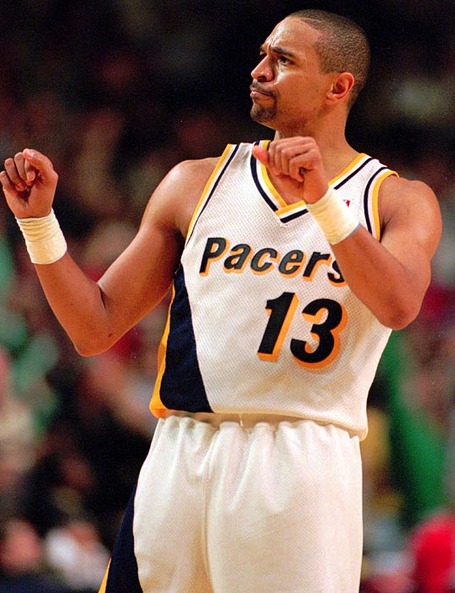 Think he'll shimmy on the Warriors sidelines? (pic via i.cdn.turner.com)

GSoM's 2010-2011 Golden State Warriors Preview: A new beginning, but is it smart?- Flip back and see where we were smart and where we were um, a little too Warriors-like.

To be perfectly honest last season was fairly uneventful and boring for the Warriors. The Nellie Haters got their wish as the new Warriors ownership unprofessionally gave coaching legend Don Nelson his pink slip by phone. Instead of being a fast breaking, wild, high-energy Nellieball squad that was at least clever and entertaining to watch they became a team without an identity. The emphasis on defense without adding any substantial defensively skilled players was odd and only led to another non-winning season.

All of the local/ national media and fan hysteria about how the team was going to be so much better with anyone but Nellie coaching the team were proven to be dumb and unfounded. Coach Smart did make his share of un-smart decisions (namely the odd yo-yo games with Stephen Curry's playing time and usage), but for a rookie head coach with a flawed roster he did as expected. Was it worth firing him? Sure, but for another rookie head coach with ZERO coaching experience at any level? I'm not so sure.

Actually that's not true. The Warriors lost their Get Out of Jail Card (as YaHeard astutely noted in the FanPost The New Idiots in the Front Office: Warriors waive G Bell under new amnesty provision) by not using the NBA's amnesty gift on the underperforming, overpaid, and hopeless Andris Biedrins and instead using it on a contract that at the very least could have been a nice expiring contract to help facilitate a trade in February. In one swift move the new Warriors regime could have clicked the Undo button on the remaining 3 years and $27 million (last year is a player option, which you better believe Biedrins and his agent are exercising) that Chris Mullin, Robert Rowell, and Chris Cohan foolishly outbid themselves on. All of the reasons for not using the amnesty on Biedrins are just silly. He is never going to be worth his contract, his improbable return to double-double form is realistically not enough of a factor to propel them the Warriors to the playoffs, and it would be a blessing if a rival Pacific Division or Western Conference team picked him up because it just makes an opponent that much weaker.

The other key (debatable) loss is Coach Keith Smart as described above.

Kwame Brown: The Warriors won the lottery! They won the #1 pick in the (2001) NBA Draft. Kwame wasn't exactly what Warriors fans were thinking when the organization promised BIG THANGS, but he's still a serviceable big body down low. By game 15 I wouldn't be surprised if he's starting at center over the #1 reason the Warriors stunk up the joint last season.

The Rookies- Klay Thompson, Jeremy Tyler, and Charles Jenkins: The Warriors 2011 draft was widely regarded as a success, so I'm hopeful. Thompson struggled with his shooting in the preseason, but he projects to be a fine shooter in the NBA. Tyler looked great in the WE BELIEVE charity game (only slightly kidding) and Jenkins should give the Dubs some solid backup guard minutes. As with all rookies, we shall see.

Brandan Rush: Whew! Thank goodness Mullin isn't making trades anymore for the Warriors. He would've sent the Pacers a future 1st round pick for Rush. Jokes aside I see the second coming of Kelenna Azubuike in a Warriors uniform. Solid trade.

There's a lot to list here, but here's the top ones:

This roster and core have proven that they cannot get it done. Make a trade that makes a big impact. Shake things up.

I missed on almost all of my common sense predictions in last season's preview:

So I'll just make one for this season: The food will be much improved at Warriors home games at the Oracle. (Man has it been awful for way too long.)

NOTE TO WARRIORS FRONT OFFICE-- MAKE A MOVE! (and not to SF)