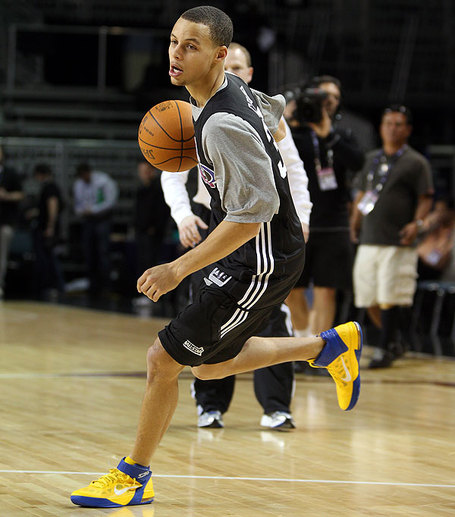 Last season, the Rookies defeated snapped the Sophomore 7 game winning streak by defeating them 140-128. This season, they become the target of a new round of rookies led by Blake Griffin. Stephen Curry will represent the Warriors on the Sophomore team. Now is a good time to showboat them passing skills!