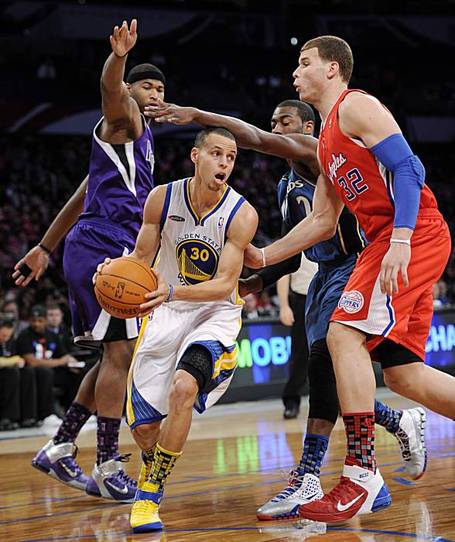 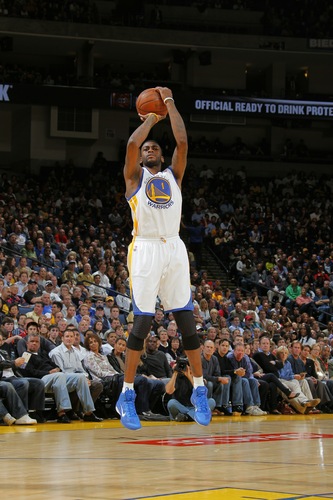 Tonight, Stephen Curry brings his passing skills to the obstacle course, and Dorell Wright tries to turn his catch-and-shoot into a rapid-fire 3pt shot.

In last night's Rookie/Sophomore game, the Rookies put on a show with some nice highlight dunks, including a nasty bounce pass alley oop from John Wall to Blake Griffin. Remember back in the day when Gilbert Arenas had that steal, then bounced it hard off the floor into a JRich alley oop jam? John Wall did that from the 3 pt line, bouncing the ball right over Stephen Curry where only a leaping Griffin could catch it. Well, um, at least Curry was back defensively. Speaking of Curry, despite his poor shooting most of the night, he came close to a triple double with 6 reb, 8 ast, and 13 pts. Wheee!

Anyway, onward with Saturday's events! Starting at 2pm PST, TNT has a bunch of NBA related shows to warm up for tonight's All-Star activities. It's something to watch if it's still raining hard outside and you have a couple of hours to kill until 5:30pm when All-Star Saturday kicks off.

Tonight, Stephen Curry's skills will be put to the test, as he has to run an obstacle course that will test his dribbling, shooting, and passing skills. Later, Dorell Wright will need to shoot and reload quickly to get off all 25 shots in 60 seconds. Unlike Anthony Morrow last season, I haven't seen any footage or heard any observations on how DWright looks as far as rapid-fire 3pt shooting goes. I hope he doesn't embarrass us out there. And if he does, it just raises the question: Where's Anthony Morrow in this contest? Why isn't his shooting pitted against Ray Allen's shooting???