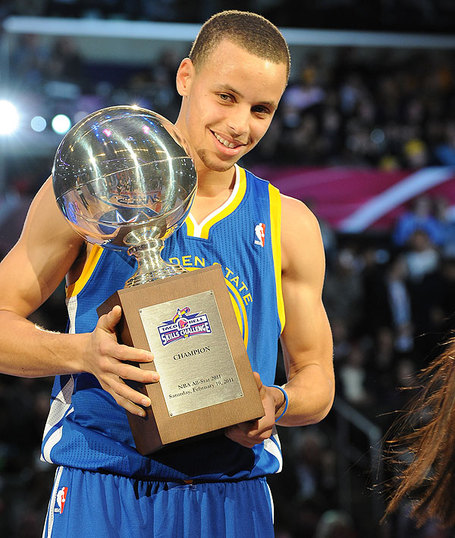 Last night, Warriors fans eagerly awaited the Skills Challenge and the 3pt Shooting Contest to see how well their representatives, Stephen Curry and Dorell Wright, would fare. Curry gave Warriors fans something to talk about. DWright, well, let's just hope he can still catch and shoot those 3s when the season starts back up.

Youtube link: Curry, round 1 and 2 (by gumbyorpokey)
Curry was the first to go in the Skills Challenge. Curry stalled slightly at the midrange 2 shooting station, but hustled fast enough to get a respectable time of 34.1s. Westbrook zipped right through the 1st round to take the best time, 30.0s. Wall, 39.3s, and Rose, 35.7s, did OK, but just wasn't fast enough to get in front of Curry and Westbrook. CP3 started his round with a FAIL on the layup attempt and eventually ended up with the WORST time, 42.7s. On the second round, Curry was on fire and zipped right through the challenges to finish in 28.2s. Perhaps the pressure got to Westbrook, because he messed up at the passing and shooting stations and finished at 44.2s.

Video link: DWright, round 1
As for Dorell Wright, he looked like he was on fire during the warmup session, but perhaps the pressure of the bright lights got to him, or that this is the first time he's been in a 3pt shooting contest, as he looked like he rushed his shots. He was fast at shooting multiple 3s, but not accurate at it, scoring 11pts in the end. Unluckily for him, Paul Pierce edged DWright out by 1 pt to knock out him out of the contest.

While DWright's performance was slightly "meh", that was nothing compared to the embarrassing facepalm performances put up by Daniel Gibson (7pts) and Kevin Durant (6pts). Fans with twitter accounts showed Anthony Morrow a ton of love during the bricks. Here's a sample:

It does make you wonder HOW ON EARTH these guys pick the 3pt shooting contestants. Sigh. Anyway, onward to the All-Star game!

It's been a while since a Warrior won something at All-Star weekend. I believe the last thing we won was JRich's dunk contest. So here's a photo gallery tribute to Stephen Curry. 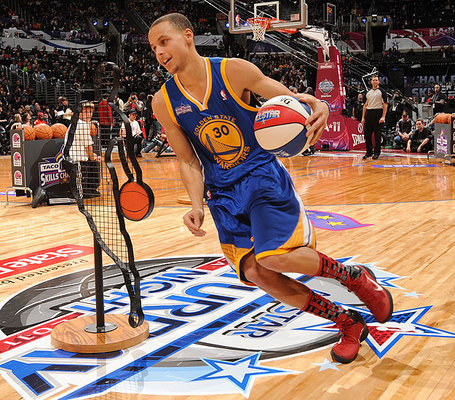 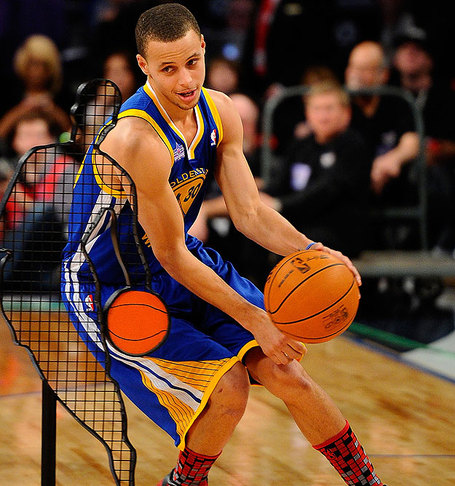 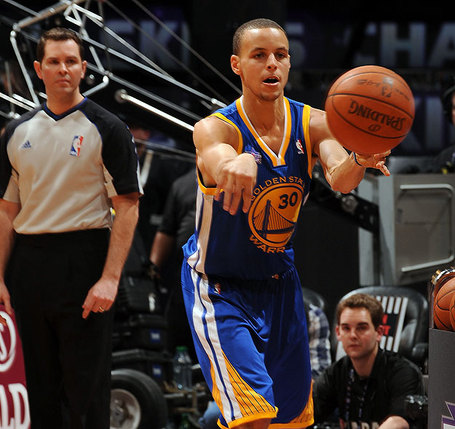 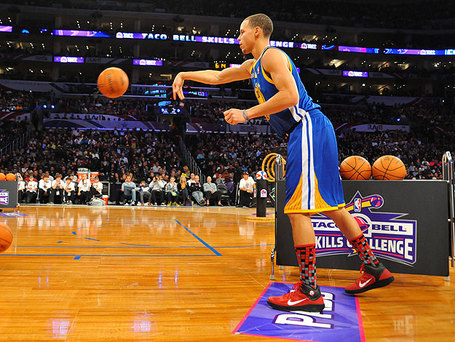 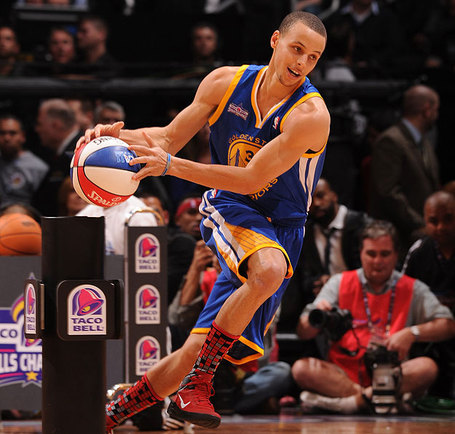 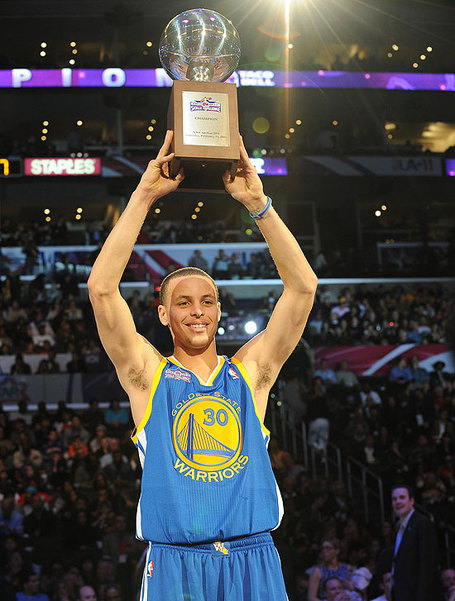 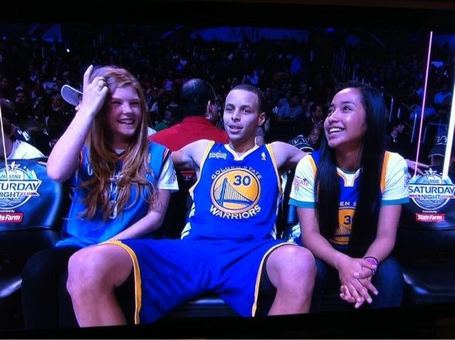 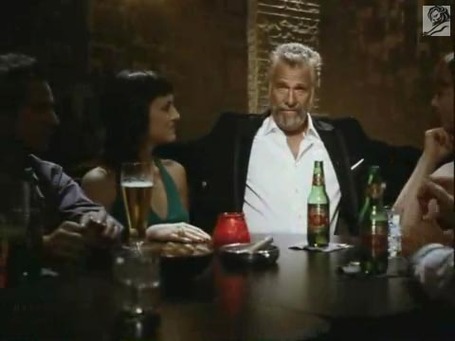 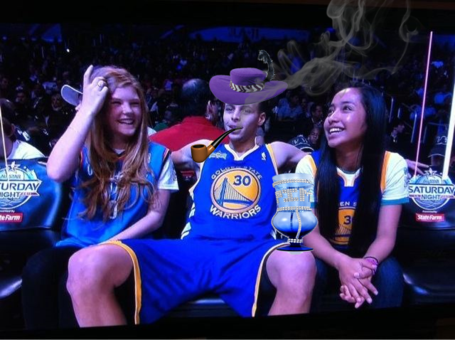