Share All sharing options for: GSoM Night 10: A Photo Recap 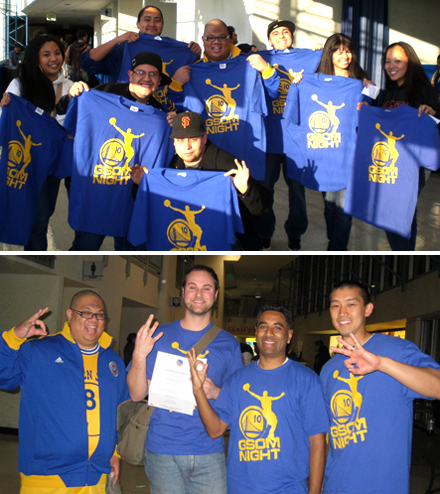 This was probably my favorite GSoM Night to date. It was also our 10th event that would not have been possible without your support! The atmosphere during last weeks Warriors vs. Thunder homegame was everything I wanted. It was a day game with the sun beaming down on the Oracle. Many of us did not have to rush down from work and there was barely any traffic. I got there about an hour early and stood by the section where our GSoM Night shirts were handed out and got to interact with may of you. Who wasn't excited? We all got to see Kevin Durant and The Thunder, y'all got free t-shirts, many of us were huddled up in the same sections and at the end... we won! To top it of I saw many of you for our 3-point contest, which was a big success. Congrats again to Alex (see pic above) for taking the victory and a pair of sideline seats! In a nutshell, definitely a great time out!

Once again, thank you everyone for your continued support. We go that extra mile in making your Warriors experience at home games a special one. We had the opportunity to speak with many of you and all I gotta say is you guys are some serious fanatics! You bring your friends, family and even those who've never been to a Warriors game to our events. If you're at any GSoM night, we're just one big happy family. Check out the pics below, I'll let them speak for themselves! 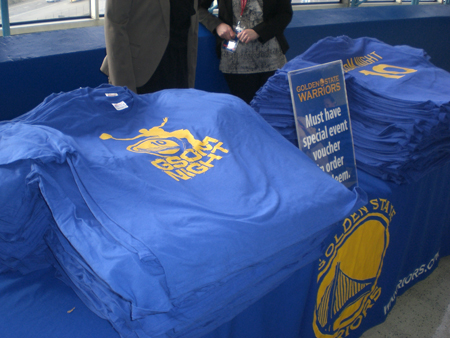 Free... with the purchase of a GSoM Night Ticket! 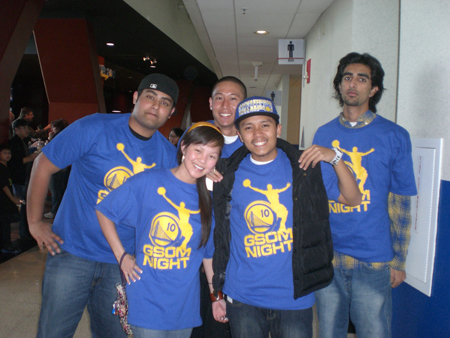 The GSoM faithful put em' on right when they got it! 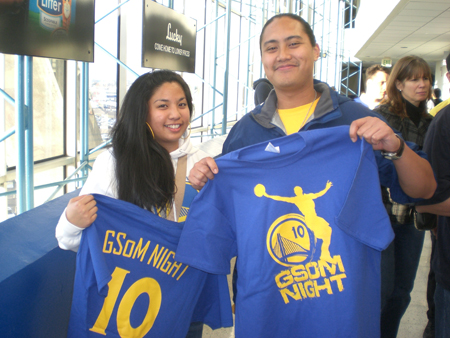 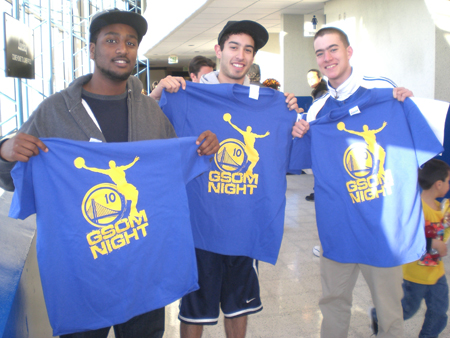 More GSoM readers showing love! Thanks for coming out. 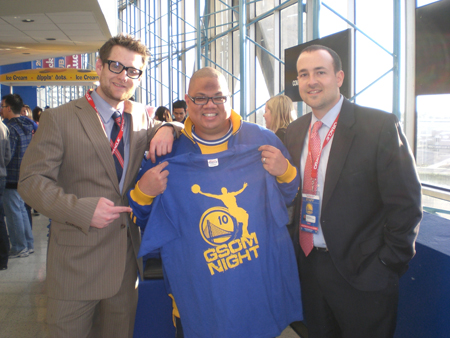 The fellas who help organize GSoM Nights with us - Dana and Chris! 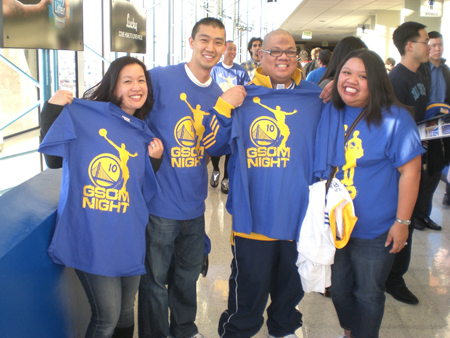 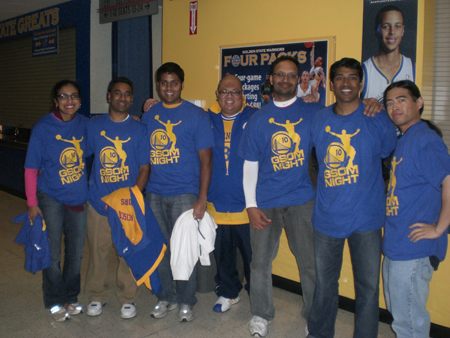 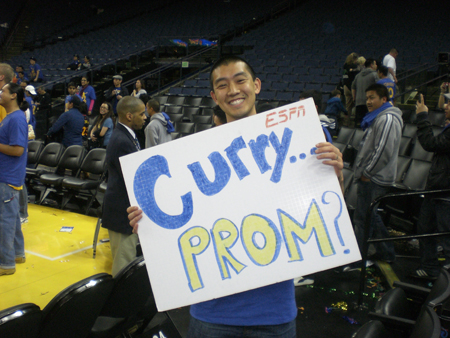 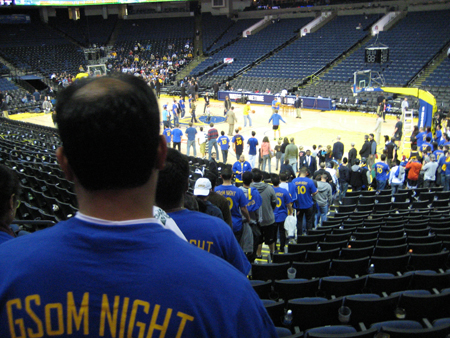 Yes, that was the middle of the line for the 3-point contest.

Only one of them will win sideline tickets... 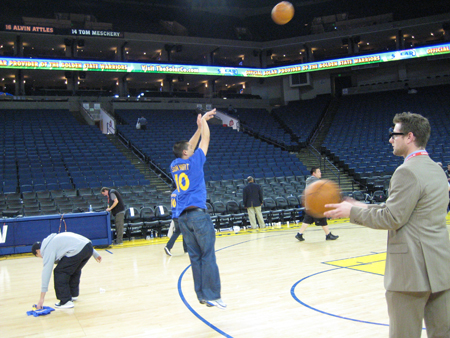 He's got a smooth release similar to D.Wright! 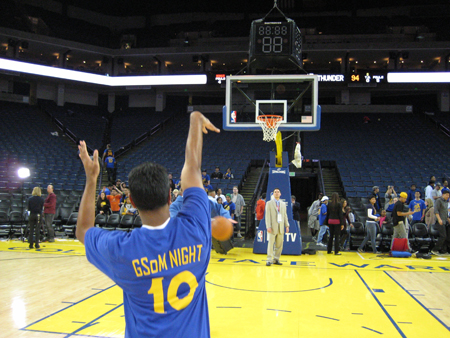 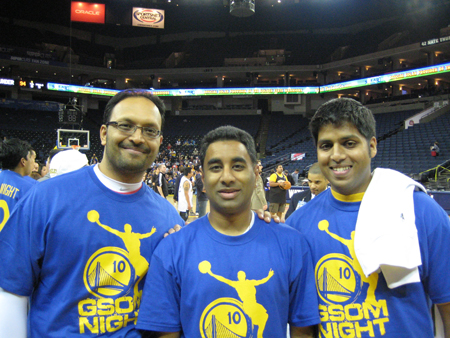 Atma and the homies on the court... chillin'! 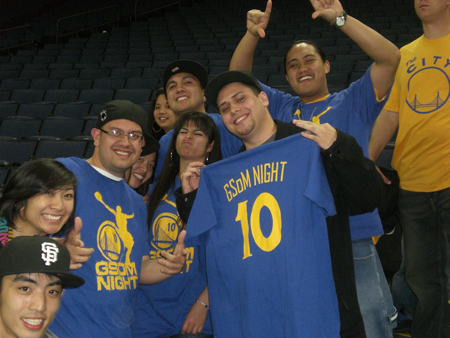 It's all good! In the end, we're all winners! 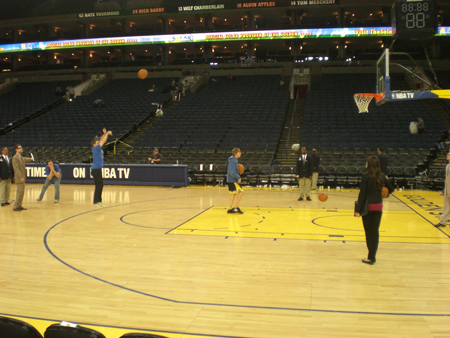 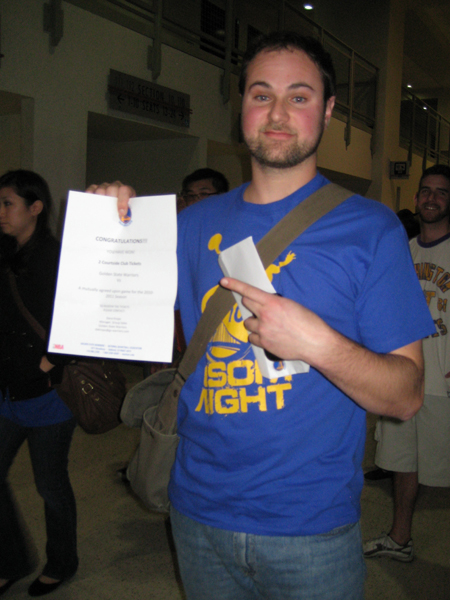 In the end, Alex took the win. Congrats again! Until we meet again at GSoM Night 11...