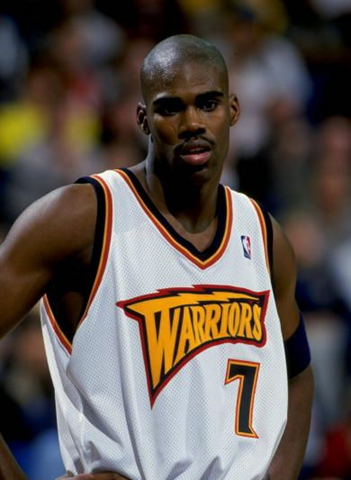 I miss 'Tawn marginally more than these unis.

Per Stein and Ford at ESPN:

The Cleveland Cavaliers are contemplating another major trade, this time to send Antawn Jamison back to the team where he began his career.

Sources close to the talks told ESPN.com that the Cavaliers and Golden State Warriors have been discussing trade scenarios Thursday that would send Jamison to Oakland.

One source briefed on the talks said the discussions are ongoing but that no trade agreement has yet been reached.

It was not immediately clear who Golden State would be willing to part with if the teams indeed came up with a workable trade framework before Thursday’s 3 p.m. trade deadline.

$15M expiring contract for the summer of Dwight Howard. Hmmm. Discuss amongst yourselves.

(Edit: thanks to GSoM stars onlxn and Evanz for breaking this in FanShots).