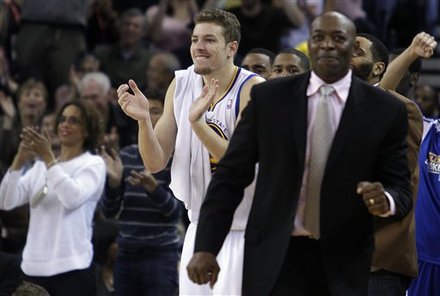 We should all applaud this Warriors effort.

Q: What happens when the Warriors are firing on all cylinders in the clutch?

Jump for the 49th recap of the season! 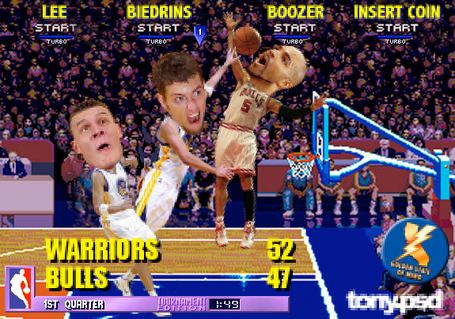 In the 4th quarter the Warriors were ON FIRE!

There was a LOT to like about this game if you're a Warriors fan, particularly about their 4th quarter performance where they clobbered the Bulls with red hot shooting and stifling defense resulting in a 28-18 finish. Here's just some of the many hits:

I'll spell it out: Stephen Curry needs more shots and the Warriors offense needs to flow through him- not Monta Ellis. There's something wrong when Curry is +14, 50% from 3 point land, 60% overall, can't miss a free throw this entire season (maybe he should be teaching Andris Biedrins how to shoot them), but gets 7 less shots than the Warriors supposed MVP who winds up +2 on the night. Let's not forget Curry had 8 dimes and only 2 turnovers against one of the best defenses in the league. 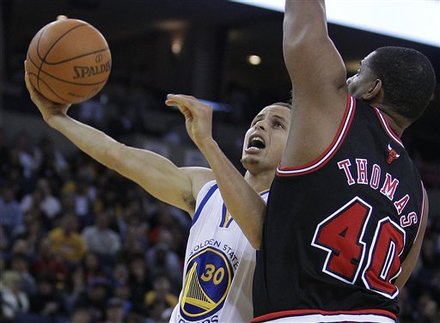 Don't sleep! Can you sink a 3 pointer on the Roaracle court like Stephen Curry? Join all your GSoM friends and watch the Dubs square off against Kevin Durant, Russell Westbrook and the Oklahoma City Thunder! 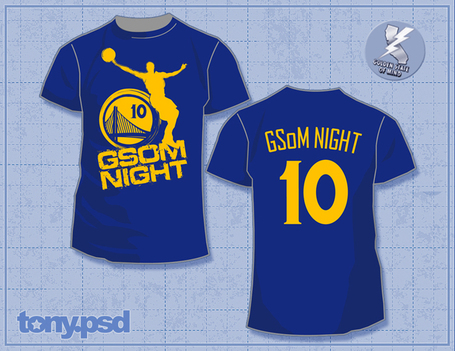 Plus get this jazzy T!