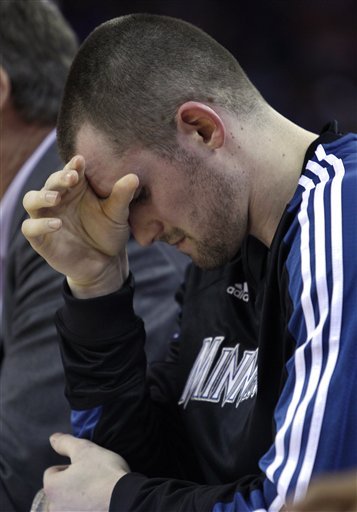 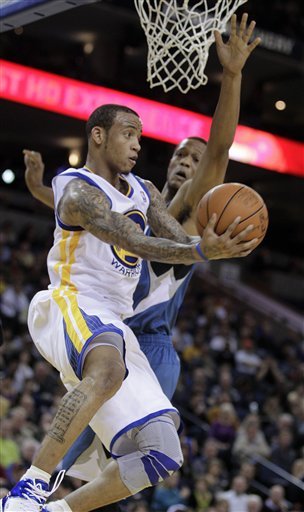 Question: Who wasn't needed tonight (relative to normal games)?
Answer: Monta Ellis. I respect the game he brought last night (better than average 7-15 shooting, 5 assists in only 28 minutes), but the foul trouble early took him out in the 3rd. No matter - he needed rest before the epic game tonight against the Quee...I mean the Kings.
And if you don't think it's going to be epic, take a look back at the recaps from this season alone.
Question: Who am I NOT regretting we traded?
Answer: Clearly we can go on a large list here...Marco, Speedy, Azubuike (I love the guy, but seeing as though he hasn't played this year, I can't knock the trade), Mike Dunleavy, Troy Murphy (both times), Stephen Jackson, Al Harrington, J-RIch (JUST KIDDING!)....
ANTHONY RANDOLPH.
Last night epitomizes why we don't need that guy. To take from my middle school basketball coach, he was "running around like a chicken with his head cut off." I don't know the exact quote from Fitz during the play-by-play, but hit goes a little something like this...

"WHAT IS HE DOING?! That was the most bone-headed thing I've ever seen! The ball was going in - why would Randolph jump in and grab the rim?!?! They just took away 2 points! What could have been an "and-1" just turned into a 1 point basket because of Randolph!

I love the guy and I want him to succeed, but he CANNOT do things like that! This is third year in the league! He would be a senior by now...there is NO EXCUSE for that.

Yeah...that about explains it. 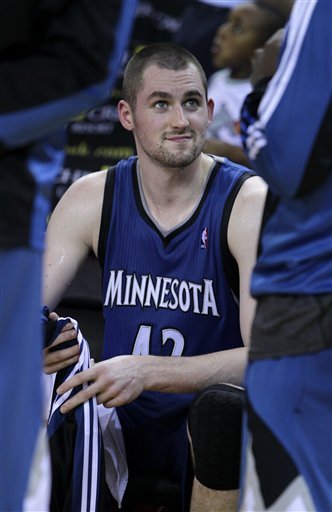 Question: Whose franchise-long double-double streak ended last night?
Answer: Kevin Love.
Ok, first of all, take a second to this man his props. Make that, take a minute to give him his props. He has been the light on a crappy team (sounds kinda familiar doesn't it?) and he has given TWolves fans some hope. The double-double streak was amazing and you CANNOT hate on it. Sure, the Warriors played hard and made it their goal to end it, but remember people - he is INJURED. He's playing with a thigh injury - its unbelievable that he even got this far.
Honestly, if they can get a half decent coach and a good front office, the TWolves have some real talent. Kevin Love + Michael Beasly (actually playing to his potential) + Wes Johnson + Johnny Flynn + Ricky Rubio (if he ever plays) could be a scary lineup.
Wait...that all sounds a bit too familiar...
EIther way, I will say that if the trade for Anthony Randolph for Kevin Love was actually on the table and the Warriors nixed it, everyone involved should get fired - RIGHT NOW.
K-Love's does the dirty work - he cleans the glass because he starts boxing out BEFORE the shot. He plays under the basket and fights hard in the trenches. What does Anthony Randolph do?
I guess Kahn and TWolves feel like they banked in - they got Anthony Randolph with Kevin Love on the same team. Together they can average 20-20. Wait...K-Love does it by himself...
Either way, mass respect to Mr. Love. Come back to the West Coast man (well only with the Warriors). The Midwest sucks...and I know that from personal experience. Weather.com tells me its 34 degrees outside and feels like 24. California Love, K-Love! 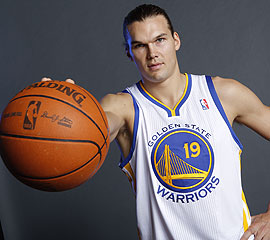 Question: Who had their best game as a Warrior?
Answer: Louis Amundson.
I can't hate on this man...he brought his game last night. Although his shooting line doesn't look that great (5-11) the majority of that was in Oscar the Grouch Time and he was just tossing up random shots. The 11 points and 7 boards in his playing time was exactly what we needed from Louis. Give the man some more PT!
Question: What would happen if we played Reggie Williams and Louis Amundson instead of Acie Law and Vlad Rad?
Answer: I don't know, but I sure hope I find out. 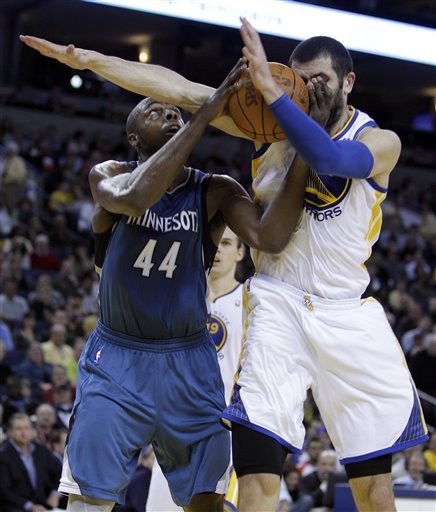 Question: What in the world is going on in this picture?
Answer: I don't know, but I'm sure some great stuff is going to come out in the comments. My guess - they were roommates last year when they traveled and they used to do this daily to prep for games.

Question: Who deserves the Warrior Wonder tonight?
Answer: This my friends is a difficult one. Looks like I'm going to have to split it. 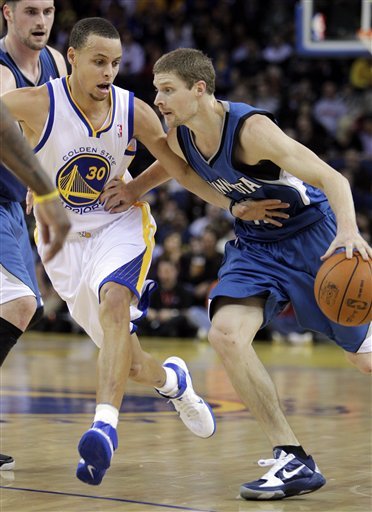 Stephen Curry had one hellava game last night. Beyond the shooting line, points, rebounds, and assists (wait, there's more than that?), he did exactly what he's supposed to do. Take over when Monta couldn't. He was the sole reason Ellis didn't have to come back and got the time to rest up before tonight's epic game. I guess this is why Lacob wanted both of those guys... 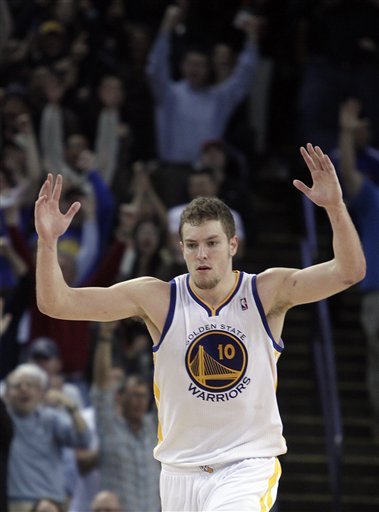 From Day 1, we have all said that David Lee's teamwork and attitude towards the game is one his best attributes, but last night exemplified it.

"Kevin's a good friend of mine but when he has a performance like he did against us in Minnesota, definitely pride has to take over and try to stop that streak," said Lee, who had eight points and six rebounds. "I had a lot of help tonight. The biggest thing was I knew if we could keep him from having a big night that we could win another game.

I dunno man...after seeing the last two games, I almost have faith in this team.