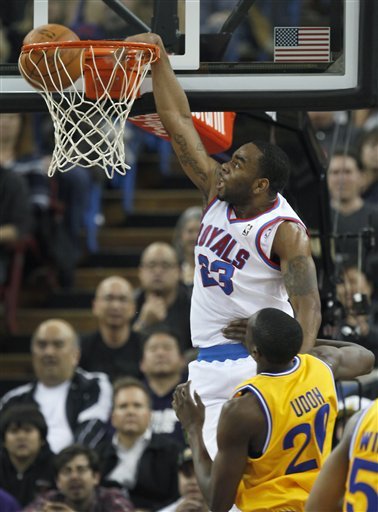 Great game! (For the Kings.)

Don't let the homers lead you to believe otherwise- the Warriors are a bad team. But the Kings are much worse. Much worse. There is NO EXCUSE for how poorly the Warriors played tonight.

Jump for the 67th recap of the season!

I have somehow lucked into recaping some of the ugliest and most painful Warriors games of the season. Flip back:

Here's what was painful and ugly about this game from the Dubs side of things (props to the Kings for a fantastic performance by the way):

If you didn't get a chance to watch tonight's game, I'm happy for you. I really am.

23 points in under 22 minutes? +25 in a blowout loss to a very bad basketball team? I sure hope Al Thornton exclaimed "Unstoppable Baby!" to the Kings' bench at some point tonight.