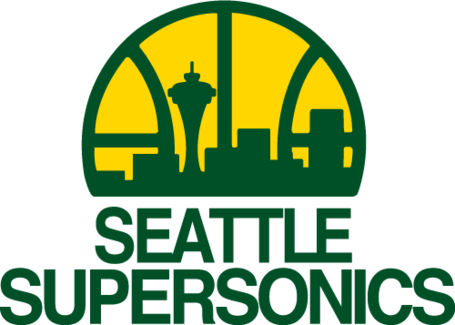 The final stretch of meaningless games continues for the Warriors. During that recent 6 game losing streak serious boredom was setting in all across Dub Nation, but the Warriors have since bounced back with 2 W's in a row. As the season winds down there really isn't much left to play for except pride.

I'll add one more reason to play hard today though. I hope the Warriors win this one for all the Seattle SuperSonics faithful out there. (Shout out to longitme GSoMer MCWalter who holding it down for the Save Our Sonics movement back in '08 for what was sadly the very last Sonics game- Recap: Warriors 121, SEATTLE SuperSonics 126- Too Hot for TV! That's That.-- Definitely worth the cost of a click for many reasons.)

Jump for my count down of 5 favorite SuperSonics!

Euro and even international ballers were much more of a rarity during Schrempf's days. He could shoot, pass, rebound, and even defend. Look at these numbers. Schrempf might be one of the most underrated players of all time. 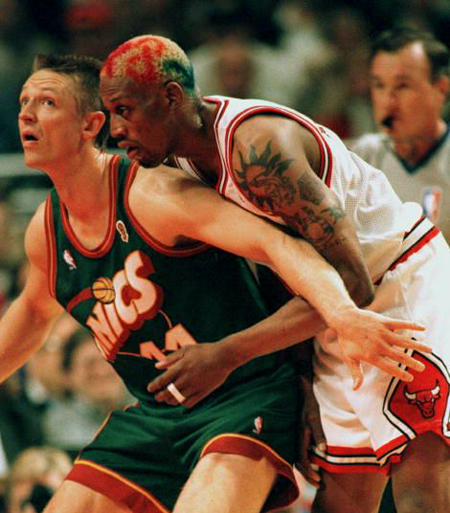 Even Dennis loved this guy!

Mr. Sonic was a just a stellar basketball player. High hoops IQ, great defender, and a nice all-around player. If Seattle still had a ball club, he'd be coaching it. 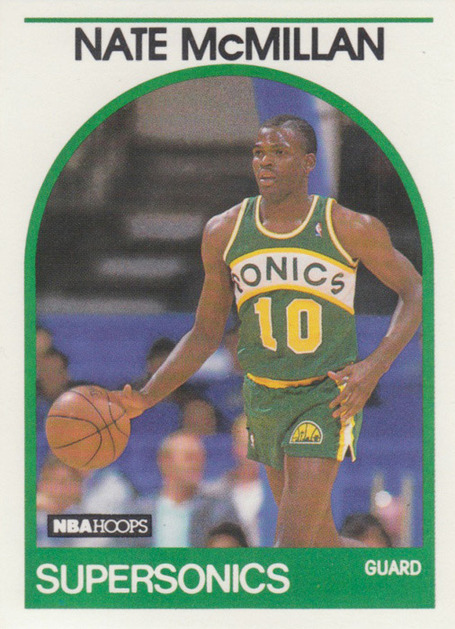 Coach Karl came back from basketball no-man's land to coach the Sonics in 1991. He resurrected his career and helped put Seattle on the hoops map in the 90's. His previous NBA coaching stint? Your Golden State Warriors. 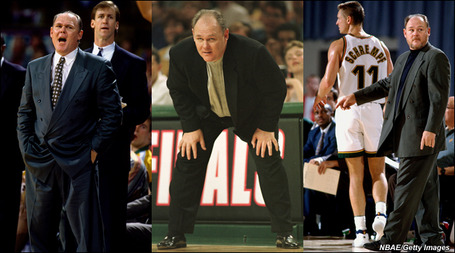 His legacy lives on with a variety of non-flattering jokes, but back in the day Shawn Kemp was the ultimate Rein Man. 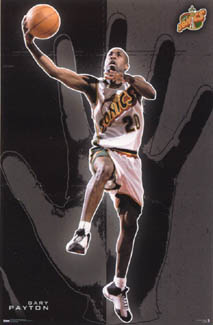 I do hope the fine hoopsters in Seattle get the Sonics back. It must be eating at their hoops soul to watch Kevin Durant and Russell Westbrook do their thang in Oklahoma.