There's been an extreme, almost doomsday negativity aimed at the Miami Heat lately about their losses against the elite teams of the NBA, in particular their squandering of a 24-point lead to the Orlando Magic and their 30-point loss to the San Antonio Spurs. If people aren't pointing and laughing at them, people are certainly casting condescending frowns and wagging that disapproving finger. Even the Heat themselves appear to be greatly dismayed and flustered in the post-game interviews.

But while the rest of the world clamors on, I look back at my experience watching hundreds and hundreds of amateur, competitive, and below-the-rim adult rec league games in my Dream League -- we're almost in our tenth year and we run three seasons per year, ten divisions per season, perhaps three or four ultra-competitive divisions with legacy teams returning each season, so that's like 40 seasons not including the ones I played in other leagues prior -- and I've gotta say, I've seen this all before.

Sure, I'm just as surprised as the next guy that things aren't going so smoothly for talents as Hall-of-Fame-bound as LeBron James and Dwyane Wade, but then I remind myself: this is still the same old team game of basketball.

However, I'm not just satisfied to sit back and accept it, either. I definitely think LeBron and Wade can do better (as could Erik Spoelstra). They're just not quite experienced enough yet, but if I were their coach or GM, here's what I would advise...

Look, the Heat are simply inexperienced

First of all, accept that you are an inexperienced team. And by inexperienced, I not only mean that this team was only assembled less than a year ago, but I also mean the ages of the players. Let's take a look at all the "elite" teams that are over .600, which the Heat are 4-10 against...

Most comparable to the Heat are the Thunder. But guess what, the Thunder are 4-11 against the elite teams listed above, including the 108-103 loss at home to the Heat. And even still, at least Durant and Westbrook have played together for 3 years. I'm sure we'd all agree that LeBron and Wade's first year together far surpasses the first year that Durant and Westbrook were together.

Next on the list of least-experienced teams are the Bulls. Believe it or not, they're 10-6 against the elite teams above. We can probably attribute that to Rose's MVP-caliber play this year, plus a clearly obvious pecking order in their system. Yet, the Bulls may have their own internal issues, with not one but two losses each (!) to the Clippers, Bobcats, and Knicks. Then there are the losses to the Nets, Raptors, and Warriors. It almost appears that they are the anti-thesis of the Heat, yet still exhibit their own youthful flaws as well, such as perhaps mentally checking out of games against losing opponents that they should beat. In any case, the Heat have already lost to the Bulls twice, one by 3 points and one by 4 points, and both games were in Chicago. It's not like the Bulls have dominated the Heat, though.
The other team you might say that has youth is the Magic, but then again Dwight, Jameer, Hedo, and Redick have spent a lot of years together. Still, the Heat are 2-2 vs the Magic.
The remaining elite teams obviously have the expected chemistry and longevity between their glue players (Spurs, Celtics, Mavs, Lakers).
OK, so you're not as smart and savvy as the others. So what? Well, start using your noggin! It's time to match your opponent's level of mental intensity.
What I've seen first hand
In my leagues, there's always the new up-and-coming young squad that has plenty of talent and potential, that joins the incumbents who have been fighting each other for years, who are often times trading championship runs. That's why I never had a problem with the Heat forming. To me, it was just like that new team that brought an added flavor to the league, that would increment the excitement and challenge of winning the next title, although they probably wouldn't win the first couple times around.
I will say that I was spellbound by the amazing superstar status of the Heat's Big Three, and incorrectly predicted that they would usurp the basic tenets of team basketball. Let's face it, the rest of NBA fandom which has not had the privilege (or some might say suffering?) of watching so many adult rec leagues unfold before their eyes, is probably still somewhat hypnotized under the same superstardom spell.
Lest we forget, the Chicago Bulls' 1995-96 72-win record was achieved in Michael Jordan's 11th year in the NBA, Scottie Pippen's 9th, and Dennis Rodman's 10th.
Let me assure you, in any league where athleticism does not overcome teamwork, skill, and execution, that young team almost never beats the savvy old vets (barring injuries). I recall as clear as day that these young teams would occasionally squander big leads or lose close games. As the sayings go, "You gotta pay your dues. You gotta earn your stripes. You gotta take your lumps." That has happened in basketball 99.9% of the time without fail, ever since I can remember.
But that doesn't mean I think the Heat have no chance to win the title this year. Sure, all signs are pointing towards "no way" and I've seen the script of the veteran team eliminating the up-and-coming team countless times, but I've always maintained that success on the basketball court is to hit your prime before it's time.
In my experience, ballers hit their prime at about age 26. At that point, if you're a star, the basketball IQ starts to catch up with the athleticism. By 30, they're about equal. After 30, it's up to the basketball gods as far as the athleticism goes, but the mind sharpens and sharpens at a rapid rate (unless, of course, you're mired on a bad team where the mental aspects can't really be exercised -- think Rip Hamilton).
The key is to train the mind far ahead of time so that the IQ catches up with the athleticism sooner rather than later. If you can do that, as perhaps the likes of Jordan did, then you'll enjoy a much longer stay amongst the elite, championship-caliber group.
The same goes for teams. The sooner you can gel, the sooner you can pick up on your teammates tendencies, where they are going to defensively funnel opposing players, how they come off screens, when in the game they start to fatigue, where on the court they like to go on the weakside, how they cut to the hole, and so on and so forth,. And that's raised exponentially by the IQ and age of the teammates.
Who knows, maybe the Heat can make that jump. Perhaps the recent downturns will help them gel. Perhaps the intensive nature of the playoffs can affect that too. No one can really know except themselves.
What's uniquely difficult for LeBron/Wade, and what could help them right now
The #1 flaw I notice about Wade and LeBron is their approach. First of all, let's break it down individually. Let's take MJ or Kobe as an example. If you were around during MJ's first three-peat, every playoff game was all about how he would come out: establishing scoring dominance or setting his teammates up. Perhaps he didn't even know until the game started, but he was definitely cognizant of the strategy of at least looking out for what would present itself. This now also happens on a game-by-game basis with Kobe, I'm sure. In other words, Kobe has actually taken the time to think through how he will come out in the beginning of the game. He has a personal plan, because he's good enough to have one. 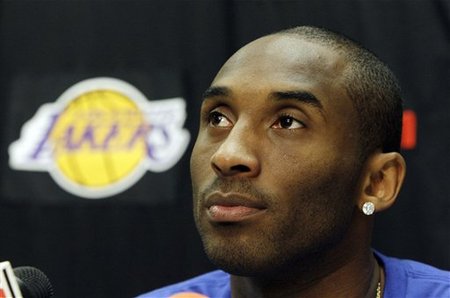 Before every game, this man has a plan, an approach. Trust me on that.