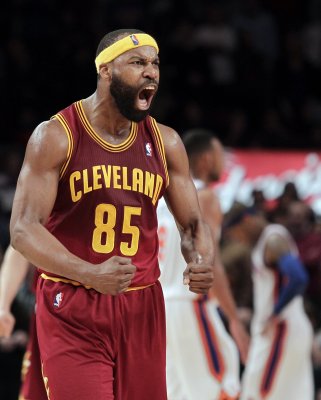 Baron Davis...I must admit, that man was one of my faves back in our "We Believe" run. Really though, how could you NOT like this guy? A castaway from another team, traded for peanuts, came over here with low expectations and ran the show.

Kinda reminds you of SJax too, right? But we'll leave that discussion for another day.

Point is - look at where we are and look were B Diddy are. I don't want to play the "what if" game, so we'll leave it at...maybe we're both better off without each other?

Let's face it, Baron must love being in Cleveland. I hear it's a big market so he can pursue his movie career. Also, I heard through the grapevine that they have the best owner in major league sports.

But enough about B Diddy and his life in Cleveland...let's focus on today's game!

I hear's what I know

Here's what I don't know