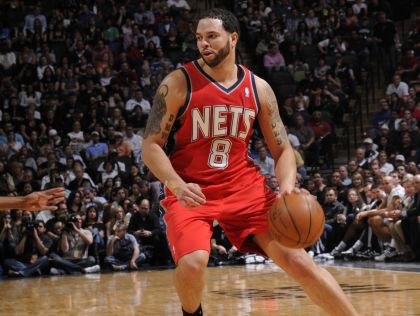 Was this guy the biggest prize at the trade deadline?
Well yeah, sure, he's no second round pick, but not every team can end up as lucky as we were.

So thanks to the NBA's global expansion efforts, even though the Warriors are the ones finishing up a long east coast swing, they might not be the ones suffering from travel fatigue. This will be the Nets first game back from playing two regular season games against the Toronto Raptors at ye olde O2 Arena in London, England. I'm not sure what kind of effect skipping back and forth across the pond will have on them, but I'm hoping for a little jet lag.


Of course the real question on the minds of Warriors fans is "Will Brandan Wright be the newest Warrior killer?" 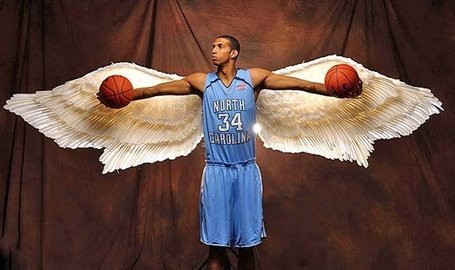 So, will Wright finally get to spread his wings in Jersey? Well so far he's been showing off his bench sitting skills that he finely honed over hours and hours of practice at Oracle. It would be interesting to see an Al Thornton, Brandan Wright match up in garbage time. TCG (tough crazy guy, as coined by Anonymous1337) would certainly look like he was winning the match up next to the blank, expressionless face of the stoic forward from North Carolina. I guess the only real question here is whether they let Brandan take his doghouse on the plane with him to Jersey, or if he had to ship it.

I really feel bad for this guy though. He's been quite good when he actually gets on the court. Sure, he has his fair share of mental lapses, but the numbers would suggest that he makes up for it with his crafty post game, shot blocking and offensive rebounds. Dude, Brandan, make a mean face every once in a while so coaches will start giving you some playing time.