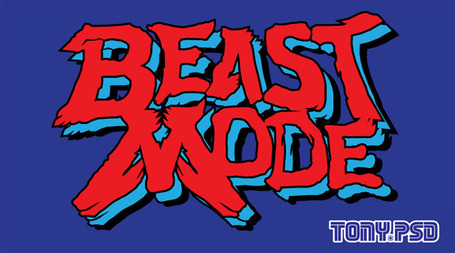 What is Beast Mode? It's being in a level of high effort. Going into the battlefield hyped, energetic, outgoing or aggressively wilding out. For our Golden State Warriors, it's doing what they've been doing the past 3 games… Winning and beating out some really good teams in the process! It's the second to last home game, we're not going to the post season so give us a level of play where you physically and mentally dominate the Kings on our floor… Yes, you too bench! Do it for the fans! (It's the last "Friends and Family" night at the Oracle Arena by the way) If this is going to be our last "Real Kings of Cali" showdown in Northern California, let's make the best out of it! It's a great time out for both teams fan base at the Roaracle Arena! Be safe out there everyone!

Jump on board for a quick preview of tonights game.


This looks like the final Northern Cali (aka "Real Kings of Cali") showdown between the Golden Sate Warriors and The Sacramento Kings. I personally feel for the fans of any professional sport losing their team. It's a symbol of pride, excitement and joy for the city. It's definitely been fun seeing Kings Fans make the 2-3 hour drive to our arena boasting their Purple attire (and cow bells) in hopes of a win. The same goes for Warrior fans making the trip out to Sacramento in support of our team.

With all this talk of going "Beast" on Sacramento, this is not going to be an easy task. We've seen Golden State take down some of the great teams in the NBA only to fall against beatable teams the following game. We've beaten 3 play-off bound opponents (The Mavs, Blazers and Lakers) but I'm sure the Kings will be coming in with the same mentality as the Warriors and get hot on the floor as quickly as possible to avoid any meltdown.

What the Warriors need to do: Easy, take care of business early. Avoid turnovers, gobble up those rebounds, play sold defense and score like a beast. We've been seeing it these past few games, you've got the home crowd behind you and nothing to lose. As for the bench, play solid ball and maintain whatever lead we can get our hands on. Lastly, I just want to see a sold line-up set up by Keith Smart that can guarantee us a victory. Let guys like Curry and Udoh learn from their mistakes and let em' play.

As for the Kings, they got Tyreke Evans ready to torch the score boards tonight with a good supporting cast from Marcus Thornton (averaging 20.8 points a game) and DeMarcus Cousins (to name a few) ready to make some sort of statement tonight. I'm not underestimating Sacramento as all tonight. Whatever mistakes we make, can turn into points for them. The Warriors lead 2-1 over the kings. All 3 of those games were roller coaster rides!

Monta Ellis with another "Beast Mode" performance: 35+ points for the night

Epke Udoh with "Beast like" dominance on the defensive tip.

Stephen Curry commanding the floor and feeding the ball like a "Beast!"

Warriors with a "Beast Mode" type win similar to the last 3 games: wins by 15+