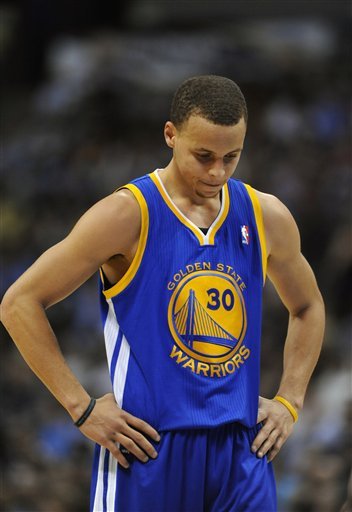 Keep ya head up Kid Curry!


It's my last recap of the season, so jump!

I'll keep this short because I've got report cards to write. I'll also try to keep this positive because there's plenty of time this offseason to rip this sorry franchise for yet another sorry season and I'd like to end the season off on somewhat of a high note. So here goes:

Big shoutout to the entire GSoM Crew for blogging another season of Golden State Warriors basketball! On an editorial note, It's getting more difficult for us all as we age to keep GSoM as unstoppable baby as we've all become accustomed to. I thank the rest of the writing staff and the community at large for keeping this place golden as it moves in new directions. I know the Warriors can be frustrating to say the least, but I still enjoy coming here daily as a writer and hoops junkie. Thank you.

I'm handing my last Warrior Wonder of the 2010-2011 Golden State Warriors season to IQofaWarrior of the GSoM Crew. Please join me in thanking the good man for all the Dubs love he's given us on the front page this season. Win or lose you can trust this good man will bring it with the Warriors Game Day Links. That my friends is...

Stay tuned for the final preview/ recap of the season!