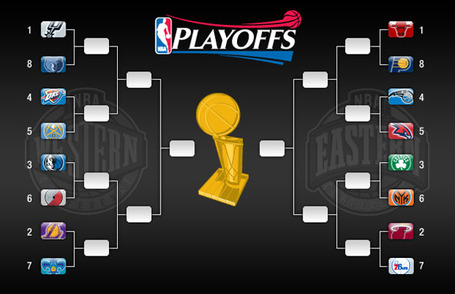 Before you jump for a preview of the first day of playoff action make sure to check out Jon Bois' excellent piece NBA Playoffs 2011: Simulating First Round Using Crappy Video Games From The '90s over at SBNation.com.

Indy Cornrows vs Blog a Bull

I can't believe the former savior of the Golden State Warriors Mike Dunleavy is about to play in his FIRST playoff game. It's of course for a crappy 37-45 Leastern Conference dweller that won only one more game than the 12th place in the West Warriors. 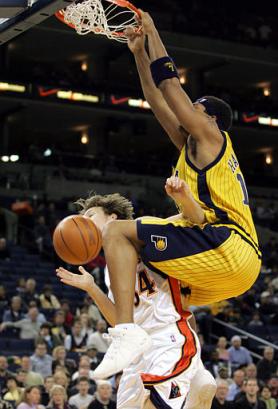 Can David Stern just cancel this series and give the Bulls a free pass to the second round?

Liberty Ballers vs Peninsula is Mightier

The Sixers finished of the season at .500 (41-41). That would put them in 10th place in the West. In the East that's the 7th seed. Just like the Pacers, the 76ers don't belong in the playoffs and I'm sure Dwyane Wade and LeBron James will show them the way to the exit in 5 games or less.

Last year this series was over in 1.5 games. Let's see if the Hawks can at least push it to 4 this season.

This should be an interesting series. It's very likely the only series from opening day that will last past 5 games.